The Holiday Hotel did it again, with another spooktacular Halloween bash held on Saturday, October 31st. The anticipated event is one of Holiday Hotel’s biggest celebrations, attracting people from all over Belize and even internationally, who bring out their best masterpieces to impress. Ranging from elegant to the super creative, pretty and classic, to the bizarre, there were plenty of costumes, and, again, according to spectators, they surpassed expectations.

A large crowd of onlookers gathered around the traditional orange carpet excited to see what this year’s event would bring. Around 9PM, creative participants began sashaying down the carpet to a captive audience that marveled at the unique entrances.

Even Jurassic world’s big dinosaur showed up to the event!

Judges Felix Ayuso, Rocio Jmenez and Betty Salazar had an incredible tough task determining who the winners would be for this year’s bash. However, with over ten categories and prizes, almost everyone received something for their hard work. Master of Ceremonies Lisa McCorkle Guerrero congratulated everyone for stepping it up yet again, making Holiday’s Bash the place to be! Then it was time to announce the winners!

The prize for the Craziest, a $50 gift certificate courtesy of El Fogon went to Vic Murphy for his Rum and Coke costume. 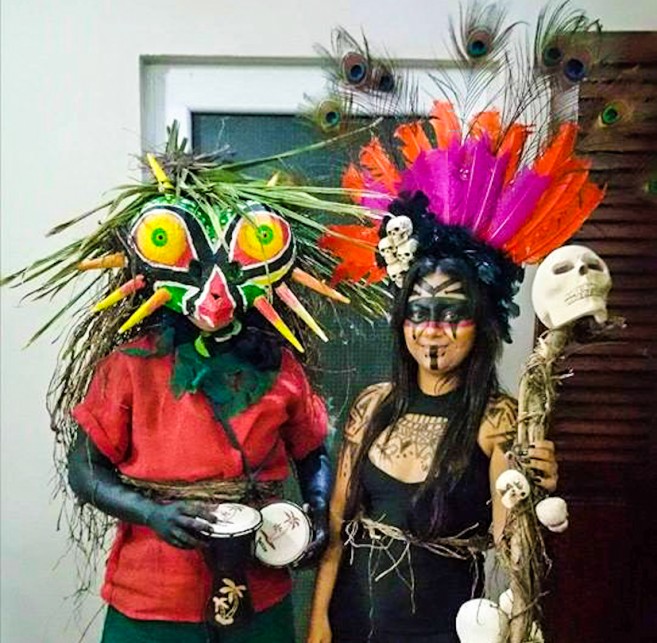 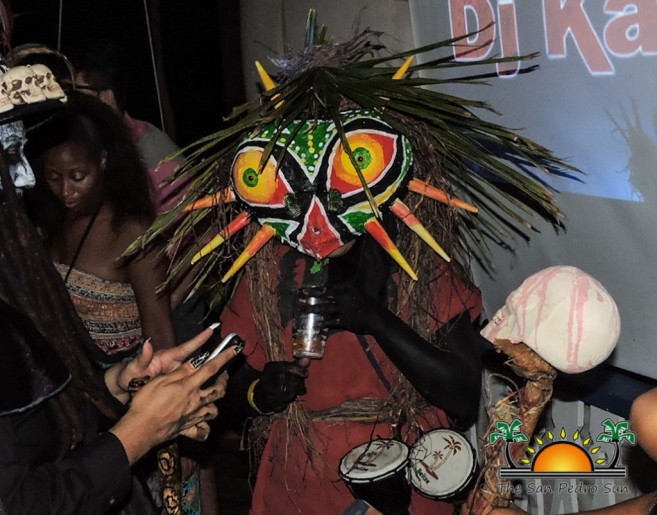 The Manager’s Favorite went to ‘Friki Tiki,’ who walked away with $100 gift certificate courtesy of Caprice Bar and Grill and three months membership at Train Station Fitness Club.

Lisa’s favorite went to Akasha, Queen of the Damned, with a prize of three bottles of Caribbean Rum and a $100 gift certificate from Wine de Vine.

In the Best Couple competition, there were two prizes awarded. Best couple number two went to Lightning Couple, who won two round trip boat tickets to Caye Caulker on San Pedro Express, and Best Couple number one was Perlita and Jose Luis Zapata who walked away with a $100 gift certificate courtesy of Red Ginger.

The judges were having difficulty in choosing, as most of the costumes were done so well, so two groups were awarded prizes as well.

Best Group number two went to the Dominos, who won a case of Belikin Beer courtesy of Bowen and Bowen and two bottles of champagne from LC Distributors.

Best Group number one was Trash in the Can, and their prize was two cases of Belikin Beer (Bowen and Bowen), one bottle of champagne (LC Distributors), and a certificate to Yo Mama Yogurt place.

The Funniest award went to ‘Hot Ducunu Salesman’ who walked away with a $100 gift certificate courtesy of Wings.

Most Elegant went to ‘Kim Kardashian,’ (Joana Popik) and she took a $100 gift certificate from Moondancer. 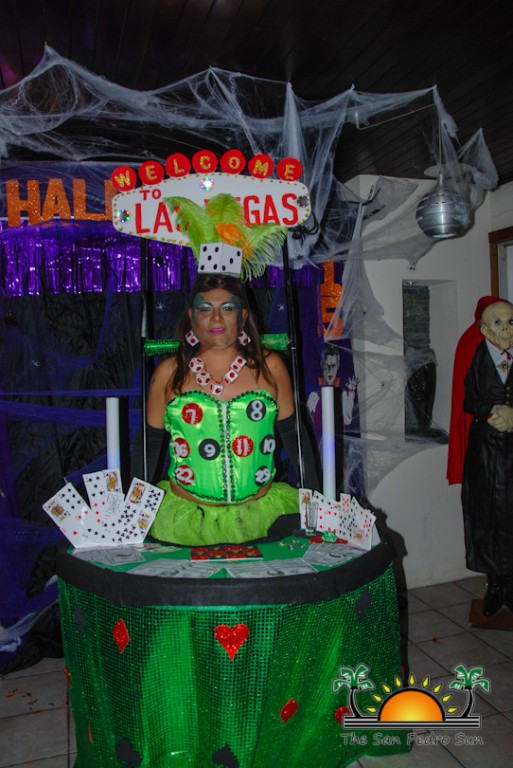 Most Spectacular was the ‘Las Vegas’ costume, by Leonel Milan, and he won one- night stay for two with breakfast and guided tours at Chaa Creek Lodge.

The Maya Warriors were awarded for the Scariest costume, with two round trip tickets to either Merida or Cancun Mexico, courtesy of Tropic Air.

The top prize of the evening, Most Creative, was definitely a clear winner: Jurassic World! That grand prize included a $1,000 in cash courtesy of Holiday Hotel and two nights stay at Los Cocos Hotel in Chetumal, Mexico.

Once again, the bar has been set high, and next year, we can only imagine what the show will be like. Everyone is encouraged to outdo this year’s costumes, so start to working on your designs for 2016! Congratulations to all the participants at the Holiday Halloween Bash 2015, and see you next year!