Over the past few weeks, islander Guillermo Rodriguez has charmed a karaoke-loving audience with his melodious voice to claim a spot in the finals of KTV the Remix 2o18 song/karaoke competition. This announcement was made on Tuesday, August 14th live on Channel 10 (Coral Cable Vision) 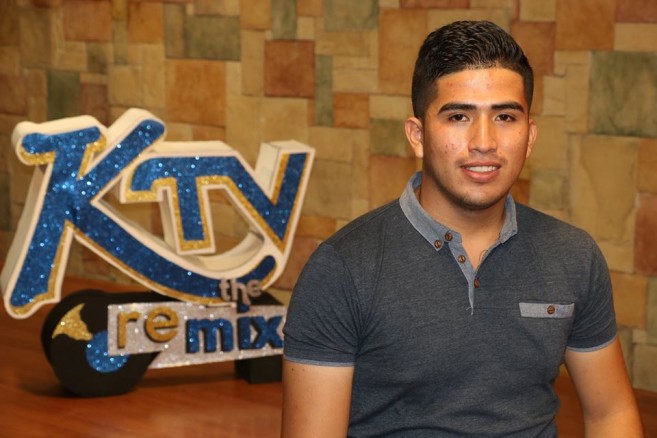 Throughout the KTV the Remix season, Rodriguez has praised God, singing only Christian songs, and managed to get the audience votes at home. “Every time I sing is to give hope to those people that are lost in the world and watching the show. I am happy to have made it to finals, and I thank everyone that has supported me,” he said.

KTV the Remix is a singing competition that takes place every Tuesday night at 8:30PM at the Bliss Center for Performing Arts in Belize City. Each week the participant with lowest votes is eliminated from the competition.

This year’s judges are Jenny Lovell, Rhojani Perriott, and Chris Bradshaw. The other four contestants that made it to the finals are Victoria August and Rachel Westby from Belmopan City, Jael August from Belize City and Inez Welcome from Dangriga Town.

The winner of KTV the Remix will walk away with a grand cash prize of $10,000. You can vote for Rodriguez by texting the number of votes, space, then 4, to 5885 (Smart users only) and watch the finals of the show on Tuesday, August 21st on Channel 10 on Coral Cable Vision. The deadline for voting is on Sunday, August 19th. The San Pedro Sun joins the community in congratulating Rodriguez for making it to the finals and wishes him the best of luck!

Support the restoration of Women Identities at the Runway to Empowerment