The recent decline of visitors to Swallow Caye Wildlife Sanctuary, as well as the absence of a signed co-management agreement are two main challenges hurting the management of the manatee sanctuary. Located a few miles off the coast of Belize City, the sanctuary has been a protected marine reserve since July of 2002, and serves as a critical habitat for the declining population of West Indies Manatees. But for the past two years, the wildlife sanctuary has been operating for very long periods without the supervision of park rangers.

The sanctuary has been managed by Friends of Swallow Caye (FOSC) along with the Government of Belize through the Ministry of Forestry, Fisheries and Sustainable Development via a com-management agreement. The co-management agreement expired in 2012, and since then the two parties have not signed another agreement to operate the manatee wildlife sanctuary. Because there is no legal document signed, FOSC has been unable to access funds to help manage the reserve. 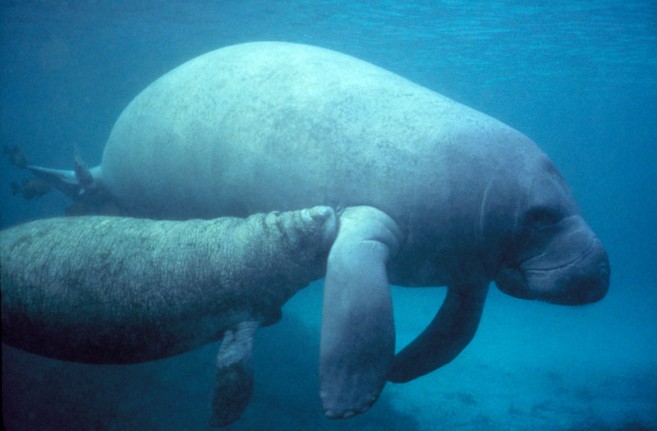 The San Pedro Sun became aware of the situation after a tour operator on Ambergris Caye saw the observation outpost vandalized and the notable absence of rangers. According to FOSC Project Manager Maria Vega, over the past two years, they have experienced a decline of visitors to the park. “An entrance fee of $10 is charged for each visitor but we [FOSC] have seen a decline of visitors, which affects our budget,” said Vega. She explained that the FOSC depends on the park fee and other funds obtained through grant applications, however even obtaining funds has been a challenge. 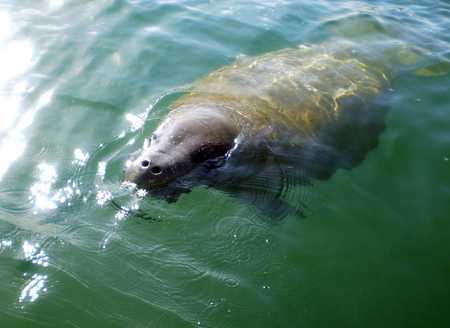 According to Vega, the Ministry of Forestry, Fisheries and Sustainable Development has refused to assist FOSC since there is no legal co-management agreement between the two parties. When asked why there was no co-management agreement signed, Vega explained that after the last agreement expired in 2012, they have refused to sign a new one. “We put in a lot of energy, time and work on a proposed draft that was mutually accepted. That draft was taken to Cabinet but when it came back to us for signage, it was totally different than what we agreed on in the draft… it was simply not the best agreement for the country or for the management of the sanctuary,” commented Vega. She went on to explain that the agreement in its final stage favored the GOB. “The agreement should give equal status to management authority and it is not reflecting that in the final agreement and as such we have declined to accept.”

Because FOSC have refused to sign the co-management agreement, Vega said that the Ministry of Forestry, Fisheries and Sustainable Development has been using its power to refuse support to FOSC, which has crippled the organization’s operation. “Without a letter of support it makes it difficult to raise funds to manage the area. GOB has never given anything directly to the management of the sanctuary. Their level of contribution to Swallow Caye has been the granting of the park fees collected by FOSC. However the responsibility of paying for the park rangers should be the responsibility of the Government,” outline Vega.
Without being able to pay for park rangers to conduct daily patrols, FOSC has been forced to cut down their budget by placing rangers inside the area during the high season only. Swallow Caye Wildlife authorities hope that by mid-December, they will have the temporary rangers working.
The sanctuary is one of only a few existing manatee protected areas in Belize that was granted protection status through public agitation. In 2002, through the vision of Oceana Belize’s Ocean Hero Leonel “Chocolate” Heredia, GOB declared the area as a marine conservation site. It was established to protect the West Indies Manatee. The marine conservation encompasses many areas including two areas that are no boating zones. The two no-boating areas are the Main Viewing Area where visitors can get close to the mammals in their natural habitat and the shallow mangrove Channel Area.
The main concern is for the protection of the West Indies Manatees, which are known to live near and around Swallow Caye. The West Indies Manatee is considered vulnerable, meaning that they are at high risk of endangerment in the wild, and as such they are protected in Belize. In fact Belize is known to have one of the healthiest populations in the region, with an estimated 3,000 manatees throughout the country. The herbivores main threat is humans, who in the past were allowed to hunt them for food. The most common threat now is boat accidents which can leave injured manatees to suffer a horrific death. In 2014 alone, there were at least two registered boat incidents in which manatees were killed by passenger vessels using the mangrove channel at or near Swallow Caye. 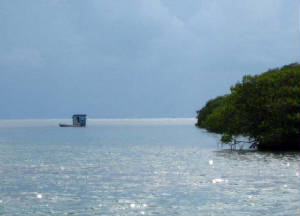 Meanwhile, tour operators and boaters that use the sanctuary for tours or as a transportation route, do so unregulated with the hope that they exercise best environmental and navigational practices.
Through the Association of Protected Areas Management Organization (APAMO), the FOSW continues to lobby with the Ministry of Forestry, Fisheries and Sustainable Development to see if changes can be made to the current unsigned Co-Management Agreement.
The San Pedro Sun attempted multiple times to speak with Honorable Senator Lisel Alamilla, Minister of Forestry, Fisheries and Sustainable development for comments, but none of our requests were answered as of press time.

Agreement signed between the Government of Belize, the Coalition for Sustainable Fisheries, and Oceana to Support Gillnet Fishers to Transition to Alternative Means