« Older: Ministry of Energy, Science & Technology and Public Utilities Clarifies Press Release on Petroleum Exploration Zones and Guidelines
Newer: » Consultation to be carried out to determine the removal of the Belize Barrier Reef Reserve System from the List of World Heritage in Danger 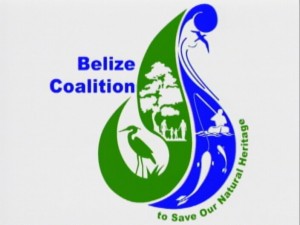 • No buffers/buffer zones in the offshore between critical ecosystems including the reef, spawning aggregation sites and the Belize Barrier Reef Reserve, World Heritage Site and oil activities. Buffers account for potential travel of oil spills and impacts to critical ecosystems and designated special areas. Existing studies on buffer zones in the marine environment recommend 120 – 250 miles between critical ecosystems and oil activities. However, the Coalition recommended a buffer of 31 miles between critical ecosystems and oil activities as the application of a 31 mile buffer to key critical ecosystems and designated special areas resulted in the entire offshore being off-limits to oil exploration.
• The exclusion and under-representation of critical ecosystems and designations in the offshore, compared with double counting of terrestrial ecosystems in areas known to have lesser potential for oil or that are inaccessible, e.g. the Maya Mountains. In the offshore, the significance of the World Heritage Site was not taken under consideration. In fact the sites with some of the lowest weight ranking were the marine protected areas within the World Heritage Site. The lower ranking placed these sites as opened to oil exploration.
• Arbitrary application of ranking of protected areas provided no justification for the final zonation assignments.
The problematic and faulty methodology has been omitted from the recent draft of the Petroleum Exploration Zones and Guidelines providing absolutely no justification for the zonation presented within the document. However, based on the zonation map, it is clear that recommendations made by the Coalition and other stakeholders still have not been taken into consideration.
The Coalition calls on the Government to seriously evaluate the input of the Coalition and other stakeholders in the development of Draft Petroleum Exploration Zones and Guidelines to prevent significant economic, environmental and cultural loss of our resources due to improper planning.

Controlling the use of pesticides to protect food and the environment