Home » Environment » Disposal of Raw Sewage- What are the protocols?

« Older: Possible research submersible found on the reef
Newer: » Letter to the Editor: Vision Inspired by the People

Disposal of Raw Sewage- What are the protocols?


Reports have surfaced on social media networks of a cargo operator dumping raw sewage on the roadside of Southern Ambergris Caye. The reports were made by those who witnessed the act, driven by their concern for the effect the dumping has on the environment. As such, The San Pedro Sun launched an investigation in an attempt to find out what really happened, what are the consequences of irresponsibly dumping raw sewage in the open environment, and what is the proper way to handle the cleaning of a septic system.
The initial reports stated that on Friday, February 20th, residents of the area noted a white pick-up truck dumping raw sewage onto the roadside that leads to the island’s dumpsite. Further reports indicated that a local cargo operator was hired by owners of an apartment complex located on Northern Ambergris Caye to empty their septic tank and dispose of the sewage. The reports implied that this was the same person that dumped the waste onto the roadside. Those who learned of the incident were appalled by the lack of concern for the environment by the culprit, and as such tried to report the incident to authorities, but claimed they received very little assistance. 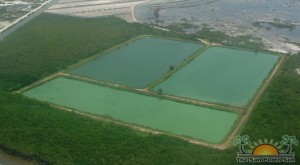 San Pedro Health Inspector Lisa Tillett commented that not only is the dumping of raw sewage unhealthy for the environment, but it is also illegal. “I had not received any report of such incident and I’m very disturbed. Cleaning a septic tank is not that simple. There are many attributes that need to be taken into consideration. For example if additives and chemicals are been used to break down the feces, then the sewage will not affect the environment. But if its raw sewage, then it is harmful to the environment and should be disposed at a treatment plant,” said Tillett.
The only sewage treatment plant in San Pedro is managed by Belize Water Services Limited (BSWL), who has indicated that their ponds, located south of town, are only used by those connected to the company’s sewage collection system, or by those authorized to dump waste in the pond. “We know that those who want to dispose their sewage in the BWSL ponds need to get permission from the company. This is because only raw sewage can be deposited in the pond. If there is any additive or chemicals already being used to break down the waste, then dumping that into the pond would be damaging the composition of the BWSL ponds. You have to understand that the BWSL ponds use natural bacteria to break down the composition of human waste. Additives and chemicals will kill this bacteria,” said Tillett. 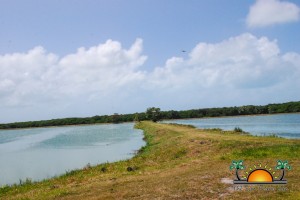 Now that Tillett has been informed of the incident, she is personally conducting an investigation to reprimand those responsible. “Dumping raw sewage where ever a person wants is illegal. The Department of Environment will need to be alerted so that the person(s) responsible can face the appropriate penalties. The mishandling of raw sewage is also very unhealthy. There are many diseases that can be passed on to humans because of this. Also, with the dumping of raw sewage comes the breeding of worms and other parasites that can infect humans and animals. These incidents cannot be tolerated,” said Tillett.
The Department of Environment (DOE) was identified as the regulatory body for sewage disposal in Belize. According to DOE, BWSL is the only authorized agent in San Pedro to dispose of sewage. Any other business that offers septic cleaning/sewage disposal services needs to be registered with the DOE. This is to ensure that the sewage is being disposed in a proper and controlled manner. DOE states that untreated sewage cannot be dumped into the environment directly and that is why the BWSL ponds play a vital role in the community.
Mayor Daniel Guerrero also indicated that the San Pedro Town Council (SPTC) is completely against the dumping of raw sewage in to the open environment. “It is totally wrong what that person did by dumping sewage on the roadside. The SPTC will not tolerate anyone damaging the environment. I have spoken to the culprit and cautioned him about his offences. He has indicated that it will not happen again, but this incident serves as a warning that we need to monitor these activities more closely,” said Guerrero. SPTC will be working along with Health Inspector Tillett to ensure that sewage collected from septic tanks is being properly disposed.
The San Pedro Sun contacted BWSL who indicated that they will be providing more information in the coming weeks on how to receive authorization to deposit sewage in to the ponds. That information will be published once made available. In the meantime, please be aware that cleaning of septic tanks must be done by authorized personnel only.