Across the world, and in Belize, individuals and organizations came together to promote a healthy earth and highlight the issue of offshore oil exploration and drilling. Founded in 2009, Hands Across the Sand brings together like minded individuals and organizations with the conviction to organize a movement in their area to promote a clean energy future for the earth, and particularly, the ocean. In light of the continued offshore oil concessions controversy Belize is facing, Oceana in Belize rallied citizens to take part in the event held simultaneously around the world on May, 16th at noon. 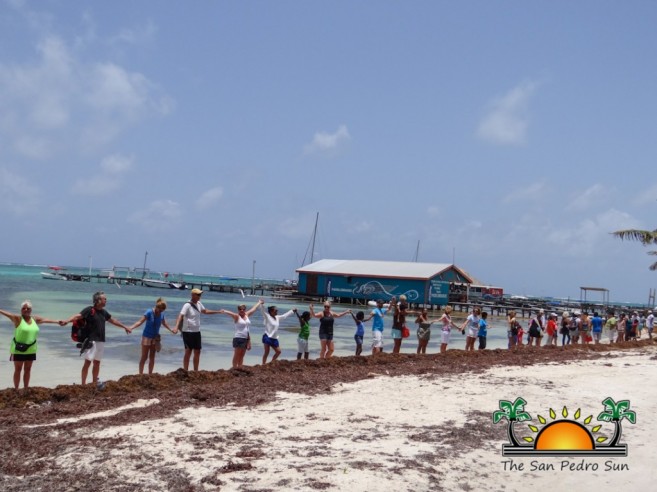 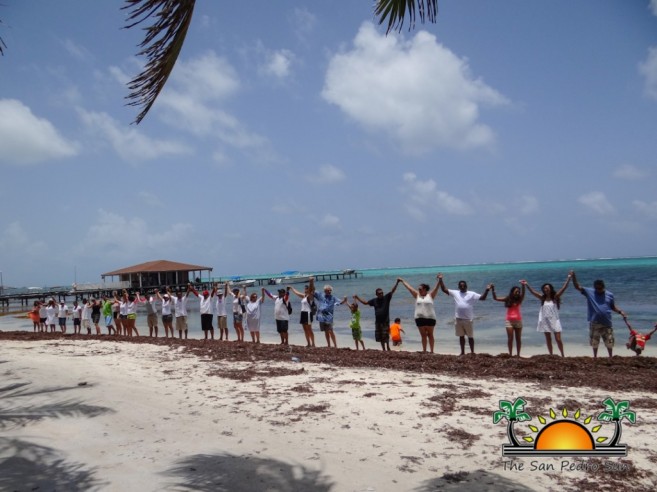 Leading the demonstration in San Pedro was Marine Scientist with Oceana in Belize, Dr. Isani Chan. According to Chan, one of Oceana’s main campaign in Belize is to advocate for the prevention of offshore oil drilling. “Hands Across the Sand is an event held in solidarity against offshore oil drilling, not only in Belize but across the globe. Here in San Pedro, we had a large number of people that came out, which makes us happy because it is evident that the people are against offshore oil exploration. What we have to lose is so tremendous, based on the type of marine ecosystems that we have in Belize. Tourism is one of our main industries in Belize, particularly here in San Pedro with marine ecotourism. Offshore oil exploration would affect this industry severely and that is what we are ultimately trying to prevent,” said Chan. 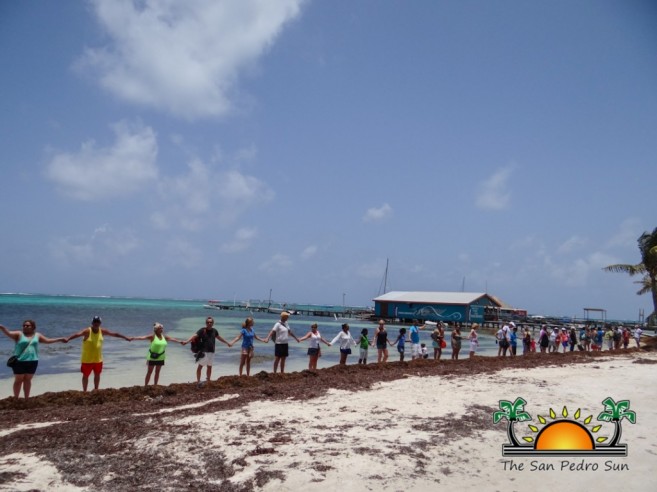 Among the attendees were tour operators and several business owners. “The attendance was great. We see many concerned citizens here. Unfortunately we did not have the attendance of San Pedro’s elected leaders (San Pedro Town Council and Area Representative). We hope that in the near future, they would join us to promote the common good and transcend the information that we need to protect the marine ecosystem that we have. We want the children of tomorrow to enjoy what we have. Marine conservation should be on their agenda, especially here in San Pedro, which is one of the coastal communities that benefits tremendously through tourism. I think they need to come out in solidarity to support this positive cause,” said Chan. He also took the time to applaud the business owners and tour operators that came out to show support. “They are the ones that benefit the most from the marine ecosystem. They make their income for the sea and its habitats. San Pedro is on the right path in understanding the need to protect what they have,” said Chan.

Chan also took the time to talk about the fragility of the Belize Barrier Reef and how offshore oil exploration would affect it. “What people don’t understand is that not only oil spills affect the marine ecosystems, but prior to the actual drilling phase there are other issues that are concerning. Seismic testing for oil pockets affect marine mammals. Test drilling cause sedimentation that affect our coral population. These are only some of the pre-issues of offshore oil drilling. Our reef system is already so fragile with the effects of Global Warming, we should not be placing it under any more stress,” said Chan.

2015 marks the 5thanniversary of one of the worst environmental disasters in the world: the BP Deepwater Horizon oil disaster in the Gulf of Mexico. As such, it is important for Belizeans to take measures to prevent such tragedies. Oceana in Belize hopes that such accidents in the region and around the world, continue to serve as grim reminders of just how deadly and dangerous offshore oil is and highlights the economic risks and environmental hazards posed by the activity to countries like Belize. “This symbolic event demonstrated unwavering commitment by Belizeans to protecting our natural wealth from the inherently dirty hazards of offshore oil to ensure our collective benefit now and in the generations to come,” said Janelle Chanona, Oceana in Belize’s Vice President.
Oceana in Belize thanks all those who took the time to participate in the event and hopes next year’s Hands Across the Sand will be even bigger and better.