Press Release – Oceana Belize – December 1, 2015 – Oceana Belize applauds the announcement of the Government of Belize (GoB) today to permanently ban offshore oil exploration along the Belize Barrier Reef System and within the country’s seven World Heritage Sites. With a moratorium on all offshore oil activity in Belizean waters already in place, this move represents a tremendous step forward for Belize and her people as, for the foreseeable future, Belize’s entire marine area is protected from the inherent hazards of offshore oil.

The decision taken today by the GoB reflects recognition of what the people of Belize have been asking for years: the protection of job security, food security and cultural identity. From legal, economic, scientific and cultural perspectives, Belizeans agree offshore oil is a bad idea. We remain confident that the future will continue to reveal reasons why Belizeans should never risk our outstanding and globally unique resources with this type of activity. “This progress should be seen as a major accomplishment by and for the people of Belize,” says Oceana’s Vice President for Belize, Janelle Chanona.
Oceana Belize looks forward to reviewing the details of the Barrow administration’s plans, especially as it relates to the status of two marine protected areas not named in the release: the Turneffe Marine Reserve and the Port Honduras Marine Reserve. Furthermore, as clarified by Prime Minister Dean Barrow via telephone today, Oceana Belize looks forward to contributing towards of the efforts of the Ministry of Petroleum’s mandate to create stringent environmental mechanisms and strengthen existing frameworks to ensure that if the moratorium is ever lifted, Belize’s marine resources will be protected. In June 2015, Oceana suggested several conditions for consideration before the moratorium is lifted to the Government of Belize. 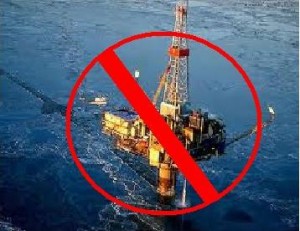 They include the development of a comprehensive oil spill response plan, inclusive of adequate funds for implementation; a detailed Environmental Impact Assessment of petroleum operations in Belize’s territorial waters; revision of the Petroleum Regulations to include detailed requirements regarding the qualification of companies seeking to conduct offshore petroleum operations and the safety measures that must be taken during those operations; the creation of a common fund which offshore petroleum operations would contribute to and which would be held in trust and managed for the sole purpose of mitigating environmental damages caused during offshore petroleum operations; the appointment of an Environmental Pollution Control Board which would be charged to ensure compliance with the requirements of environmental standards and the relevant laws of Belize; amendments to the Environmental Impact Assessment regulations to include all offshore petroleum operations, including seismic testing, to the list of activities that require EIAs; an independently conducted cost benefit analysis of offshore oil development to Belize to determine if overall benefits substantially outweigh costs, and last but not least, that the people of Belize have approved lifting the moratorium via a referendum conducted pursuant to the Referendum Act.
Oceana Belize takes this opportunity to thank the tens of thousands of Belizeans who continue to support the common cause of protecting our marine resources. Belizeans must remain active and proactive in this process. That is the only we can determine the future of the people and places that make us who we are.