After a low number of turtle nests in 2014, the reptiles were in full nesting mode during 2015, lining the beaches of Ambergris Caye with their buried nests. Overall there were a higher number of nests, eggs and hatch rate last season. 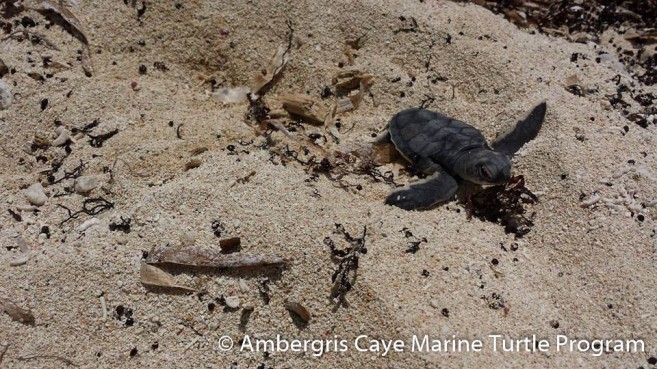 Such are the results of the 2015 Turtle Report compiled by the Ambergris Caye Marine Turtle Monitoring Programing at Hol Chan Marine Reserve. The turtle nesting season began as early as April, when the first turtle was reported to crawl up to its nest. The season continued until the last week of November, when the last clutch hatched. 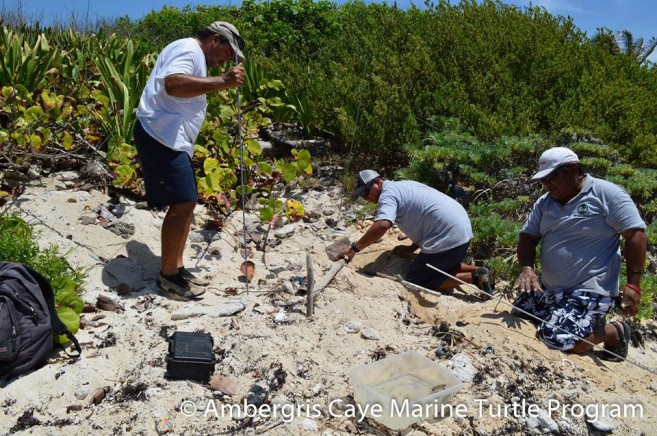 Among the many nests found during 2015, the majority of clutches were from Loggerhead (70) and Green turtles (39). These two types are well known in Ambergris Caye, while the least reported was the Hawksbill turtle (2), which rarely nests on the island. 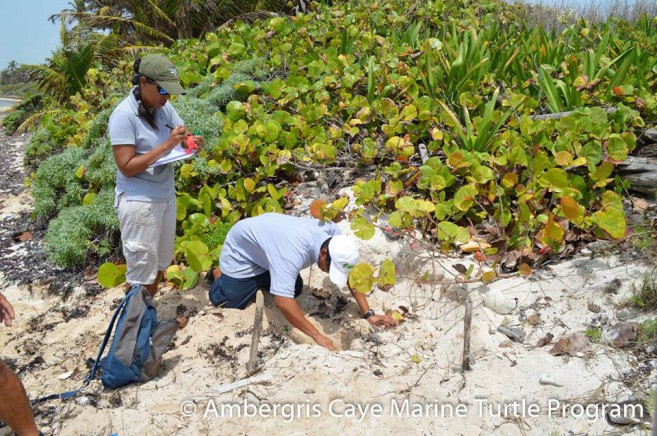 According to Marine Biologist, Kirah Forman at Hol Chan, the success of the nesting season in 2015, was due to the cooperation from the community and the well trained staff at Hol Chan. “Every year our staff becomes more knowledgeable with turtle nesting and with the proper attention that these nests are given, the chances to have more turtles out there increases year by year,” said Foreman. The team is looking forward for another successful season during 2016. 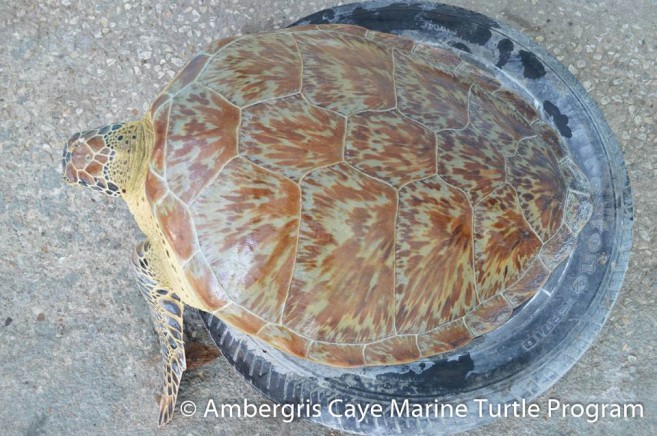 Forman indicated that during the course of 2015, a total of 111 turtle nests were recorded. This is an increase of 34 nests when compared to 2014.
The different areas of Ambergris Caye where the nests were located are in the northern part of the island. Robles Point was the area with the most nests, with total of 63 nests found at this location. 25 nests were found in Rocky Point, and 11 nests in the Basil Jones area. The last spot where 12 nests were located was Punta Azul. 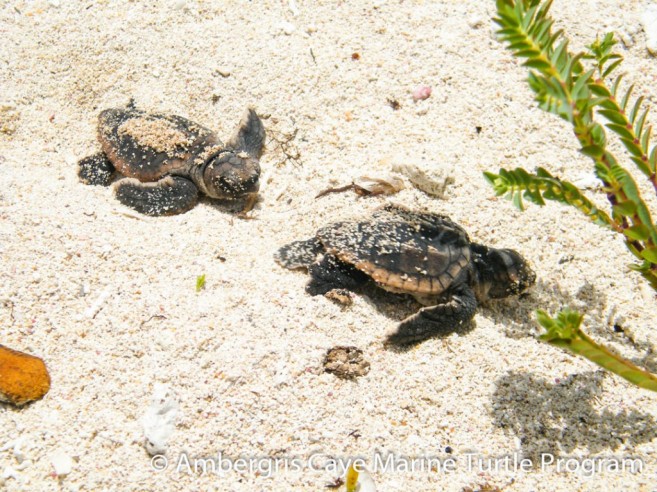 Additionally, another major increase was the amount of eggs found compared to the past nesting season. The 111 clutches yielded a total of 10,767 eggs showing an increase of over 2,000 eggs, compared to the statistics of 2014. The report further details the hatch rate at 47.5%, and that 40% of the total eggs made it out of the nests successfully. These figures are higher than the last season, and due to the increase in the number of eggs for this nesting season, these percentages are considered a great success.
“We hope that this trend does not change and if it does, let it be for the better. We will continue our conservation campaigns so that the numbers of the nests keep getting higher,” stated Forman.
She also explained that nine nests were spoiled (eggs did not hatch), and only one nest was reported lost, due to improper disposal of garbage along the beach. 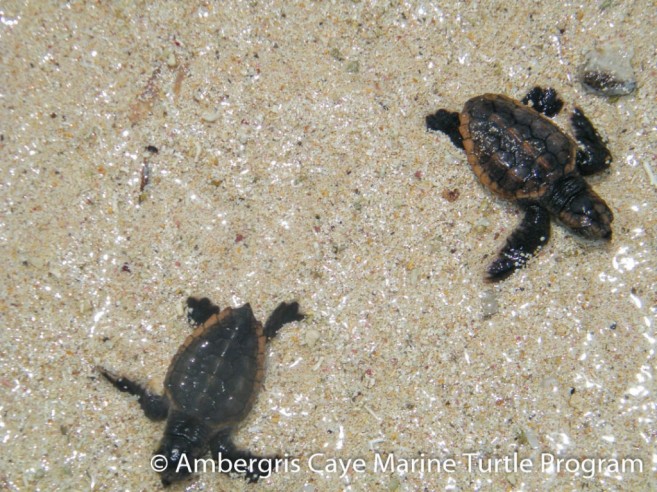 The nesting grounds on Ambergris Caye are considered one of the most active turtle nesting areas in the entire country and so it is very important to contribute to the preservation of these areas. It is the only nesting area area that has been providing consistent data since 2009.
Based on intensive scientific research, it is estimated that from the thousands of turtles that successfully made it out of the nest this year on Ambergris Caye, only about 50 will make it to adult sexual maturity. Turtles nest every two years and female turtles are believed to nest up to three times in one nesting season. Fun fact: turtles are also known to return to nest on the same beach that they hatched on. Despite the little that is known about the migratory behavior of turtles between birth and sexual adulthood, it is estimated that they can live up to 80 years in their natural environment.

In the Caribbean, the Hawksbill is the most endangered species, and the proper conservation of its nests is essential to preservation. In Belize, sea turtles have been a protected species since 1993, and the disturbing of turtle nests or possession of sea turtles is illegal. The selling or trafficking of any sea turtle can constitute an infraction that can result in a fine of up to $1,000 and up to one year’s imprisonment.