The Belize environmental community is saddened over the death of a 30-foot Humpback Whale within Belizean waters. The whale was first spotted in Belizean waters on February 24, 2016, and since then, had been seen in several areas including Big Creek Port, the Port Honduras Marine Reserve, Scipio Caye and Riversdale. On Monday, April 25th the whale was spotted once again; unfortunately this time it was found dead. 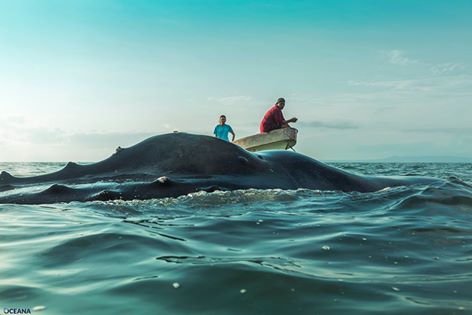 While it is still unknown what may have caused the Humpback whale’s death, local scientists believe that the whale was either lost or sick. Efforts are currently underway to attempt a necropsy to determine the exact cause of death. When Oceana Belize personnel traveled to the rough and murky waters offshore of Barranco on Friday, April 22nd, the whale was in obvious distress. It was subsequently observed that the whale’s movement was being hampered by a gill net wrapped around its tail, adding insult to injury,” said Oceana who had been observing the whale since the first sighting.
It has not yet been confirmed what role the gill net played in the death of the whale, but it definitely trapped the whale. “Gill nets may look innocuous,” says Oceana in Belize’s Vice-president Janelle Chanona, “but as this incident highlights, even a whale can become entangled in and affected by a gill net. Repeated incidents involving protected and endangered species continue to reveal the indiscriminate nature of these nets. In 2016, as Belize works towards sustainability and good governance, we can, and should, stop using gill nets.” 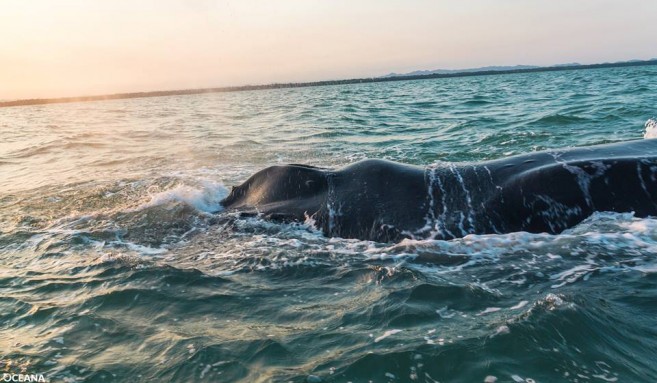 Gill nets are a constant in Belizean waters, and nets at the location appeared to be the property of a foreign fishermen who later returned to the scene to recover their property.
Humpback whales are an endangered species, with only an estimated 80,000 whales left in the wild. They are known to travel great distances during migration season. The Humpback was once a target for whalers and the population was pushed to the edge of extinction until a moratorium was declared in 1966. Humpbacks can live up to 50 years, but they continue to be negatively impacted by entanglement in fishing gear, ship collisions and noise pollution.