The World Wildlife Fund (WWF) has released its Coastal and Marine Land Use and Tenure Analysis Report for 2017, highlighting the areas of concern in the ecosystem as well as other important findings. The report was aimed at producing an updated coastal-marine land tenure inventory for Belize (within a 1-3 km inland area of interest and cayes (excluding Ambergris Caye, Caye Caulker and Bacalar Chico National Park and Marine Reserve), that includes ownership, tenancy (e.g. lease) and other arrangements for the use of the lands. It was created via multiple data collection tools, such as conducting research, analysis, and synthesis of data, which produced qualitative and quantitative findings leading to an informed conclusion and recommendations. The World Heritage Committee in its 2017 decision to retain the Belize Barrier Reef Reserve System (BBRRS) on the Danger List, stressed the urgency of addressing development issues within the BBRRS. 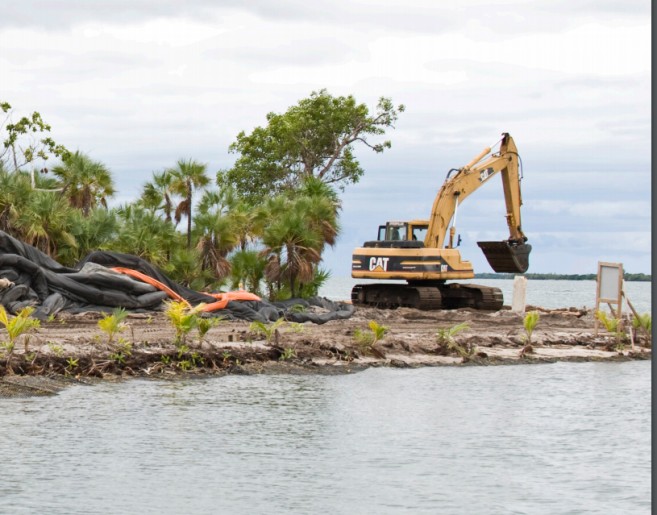 The BBRRS, a UNESCO WHS, has one of the highest levels of marine diversity in the Atlantic. However, since 2009, the BBRRS has been on the list of World Heritage Sites in Danger (a term given to sites at risk of losing the characteristics that made them a WHS) due to several reasons, but primarily, the sale and lease of public lands within the boundaries of the site and the destruction of fragile ecosystems. The main impact is the sale and lease of national lands and development expansion on private property within the BBRRS sites which remain key concerns due to the impact they could have on. According to UNESCO, these threats resulted in extensive mangrove cutting, dredging and infilling for tourism and other commercial and housing developments.
The WHS committee in it’s 2017 decision to retain the BBRRS on the danger list, stressed the urgency of addressing development issues within Belize’s coastal community. “The BBRRS’s Outstanding Universal Value (OUV) is strongly tied to its terrestrial ecosystems and to their interaction with associated marine counterparts. Terrestrial ecosystems represent a proportionately tiny surface of the BBRRS which makes it crucial that development does not undermine the coverage and ecological connectivity of these ecosystems within the boundaries of the site,” said the report. 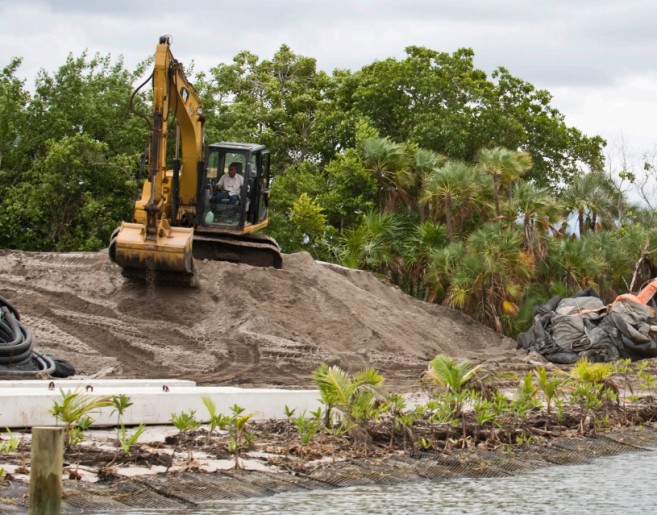 The study found out that of the total land mass of approximately 13,253.6 acres within the BBRRS, approximately 2,019.6 acres or 15% is privately owned, leasehold or of unknown tenure, and 11,234 acres or 85% are classified national lands. However, when considering the marine reserves only, it drastically changes with only approximately 86 acres of public lands available. “The marine reserves of the BBRRS are where most of the private land tenure and developments are concentrated; South Water Caye Marine Reserve (SWCMR) with 79 of 452 acres remaining public land, Sapodilla Caye Marine Reserve (SCMR) with 5.89 out of 29.87 acres public lands, and Glover Reef Atoll Marine Reserve (GRMR) with, except for a small parcel, has almost its entire 70.9 acres under private ownership. The figure for SWCMR may be very conservative considering the unknown factor of undeclared land status. Of the six marine protected areas analyzed, Bacalar Chico National Park has the highest remaining public land with approximately 11,102.6 acres (87.6%). The Bacalar Chico Marine Reserve does not have any land mass,” explained the report.
Furthermore, according to the WHS findings, out of 224 development sites identified and analyzed, 71 or 32% are within the BBRRS. Out of these, approximately 24% to 34% are used for commercial tourism-hotel activity; 18% to 25% are for residential-fisher camps; 15% to 21% are for education-research, port-outpost; 9% to 13% are for residential vacation homes; 2% to 3% are partial settlements and commercial-tourist leisure respectively; and 1% is vacant hotel infrastructure.
The research revealed that South Water Caye Marine Reserve is the area mostly under development pressure, depicting a 64% increase in the number development sites and accompanying challenges of dredging and mangrove destruction, waste disposal, trampling on fragile ecosystems among others. With a 56% decrease in national lands, which may be more, from the period 2003 to 2017. “This is particularly troubling when combined with the intensification and concentration of multiple uses transitioning some cayes into settlements with no governance structures, the formation of new land and decreasing availability of national land, the high demand for land and increasing land value, and the rapid pace of unregulated and unplanned development between the coastal communities of Riversdale and Placencia Peninsula and on the inner cayes,” said the report in reference to South Water Caye. 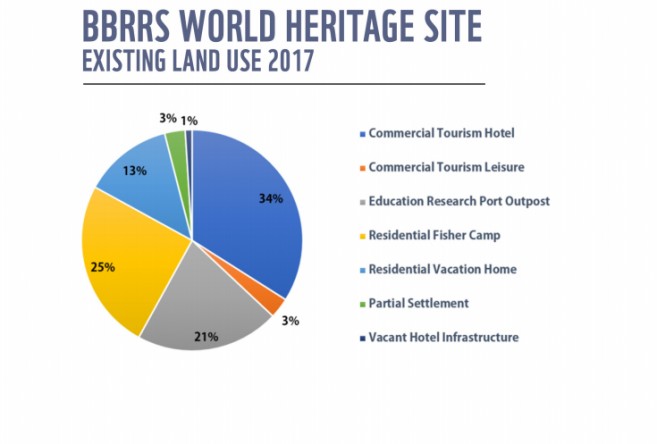 The other sites emerging as areas of concern are the Sapodilla Caye Marine Reserve, Laughing Bird Caye National Park, and Half Moon Caye National Monument.
In addition to the research, the team also came up with recommendations for sustainable management frameworks to stem existing development pressures within the BBRRS and to conserve the integrity such as; declaration of protected status for the remaining areas of national land, preparation and enforcement of detailed guidelines to regulate the devel¬opment of the built environment of the cayes, with a priority on South Water Cayes, establishing partnerships with developers to engage in sustainable devel¬opment best practices, strengthening the role of protected area managers in regulating develop¬ment of the built environment, declaration of WHS for compulsory registration to provide a true picture of land tenure status; and the revision of mangrove regulations with specific and stricter provisions for private and public mangrove clearance within the WHS. “These combined measures would help to mitigate any adverse effect of prospective development activities on private land within the world heritage site,” said the report.
WWF is one of the world’s largest and most experienced independent conservation organizations, with over 5 million supporters and a global network active in more than 100 countries. WWF’s mission is to stop the degradation of the planet’s natural environment and to build a future in which humans live in harmony with nature, by conserving the world’s biological diversity, ensuring that the use of renewable natural resources is sustainable, and promoting the reduction of pollution and wasteful consumption. To find out more about the WHS Coastal and Marine Land Use and Tenure Analysis Report 2017, you can visit https://drive.google.com/open?id=1zvdCSWMC5YLMb1Op0mfNbtKJSVW_Ws8s

Sale/Export of Harvested Rosewood to be allowed by GOB