After nine years of being ‘in-danger’ listed, the Belize Barrier Reef Reserve System (BBRRS) was removed from the UNESCO World Heritage Center list of ‘World Heritage’ in Danger on Tuesday, June 26th. This decision was made by the World Heritage Committee (WHC) during their 42nd annual meeting in Manama, Bahrain. Belize is being praised locally and worldwide for this monumental achievement in saving its coral reef. However, the real task begins now, as the country needs to put measures in place to avoid the reef system from being re-listed. A few Belizean environmentalists have voiced their recommendations on what they believe can help to keep the BBRRS off the In-Danger list. 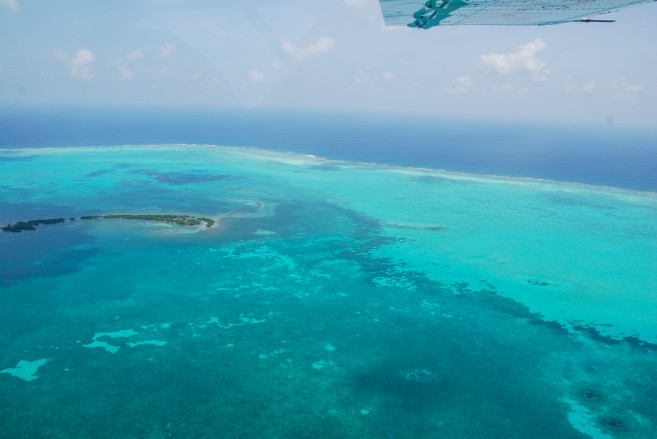 The BBRRS was de-listed as a result of the positive findings by UNESCO, but the reality is, the sensitive marine environment continues to be threatened by over-fishing and over-development. The San Pedro Sun reached out to Oceana in Belize, who played a crucial role in the passing of the offshore oil moratorium bill in December of 2017. This was a significant factor in the de-listing of the BBRRS from the UNESCO World Heritage Site. According to Oceana in Belize Vice President, Janelle Chanona, their advocacy will return in earnest to their fisheries goals and support of the Government’s efforts to address plastic pollution through a ban of single-use plastics.

Chanona also touched on the controversial development proposed for Cayo Rosario, north-west of Ambergris Caye. “The Cayo Rosario Project immediately comes to mind, and San Pedranos are keenly aware of the importance of maintaining the integrity of the marine environment. We will do everything possible to support their call to ensure that this fact is never lost in the decision making processes for coastal development projects on the island,” said Chanona. 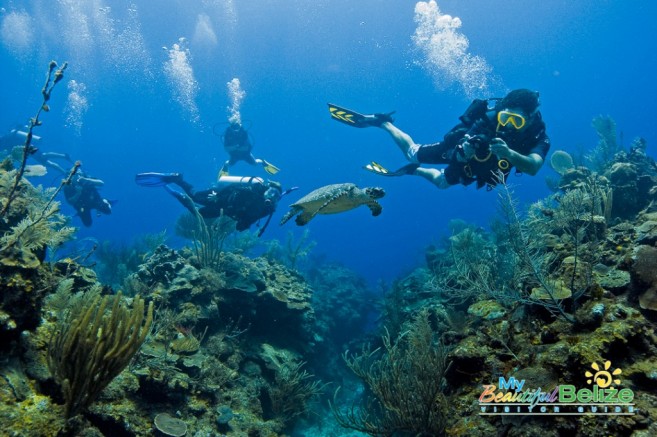 The Belizean reef system gets a report card every year, and in the past reports, it has shown fair improvement. Chanona believes that to guarantee an even better score on future report cards, a continuous joint collaboration from all Belizeans is a must. “It has to be a collaborative movement of political leadership, civil society support, and an engaged public,” indicated Chanona. “We can collectively continue to ensure that the health of our beloved Belize Barrier Reef continues to improve and that we can continue to benefit from that bounty and beauty for generations to come.” Chanona also shared possible future campaign goals for Oceana that could involve water quality issues. “We continue to monitor the impacts of localized factors that are causing these troubling fish kills,” she stated. “There is more we can do in terms of advocating for certain types of sunscreen to not be allowed in Belize.” She pointed out that in places like Mexico, as well as Hawaii those sunscreens are not encouraged due to an ingredient that can cause serious negative impact to the reef. 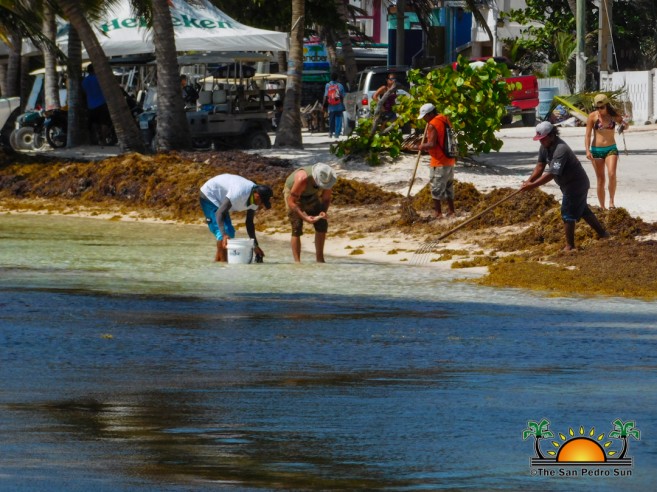 Other environmental advocates in the country, like Naturalist Guide Luz Hunter weighed in on the different steps that can be taken in order to continue protecting the reefs. Via her social media account, she encourages the need to protect other marine ecosystems that are crucial for the survival of the reef system. “We cannot protect the reef and destroy the ecosystems that it coexists with and depends on for its own survival,” she wrote. “Nothing can exist in isolation, and many of the same creatures that play a crucial role in grooming the reef are being destroyed because of money.” She reiterated that the preservation of seagrass beds and both island and coastal mangroves are crucial to the health of a reef and the waters surrounding it, clear and unpolluted. She called on Belizeans to keep rivers and coastlines clean, and to make it a priority. 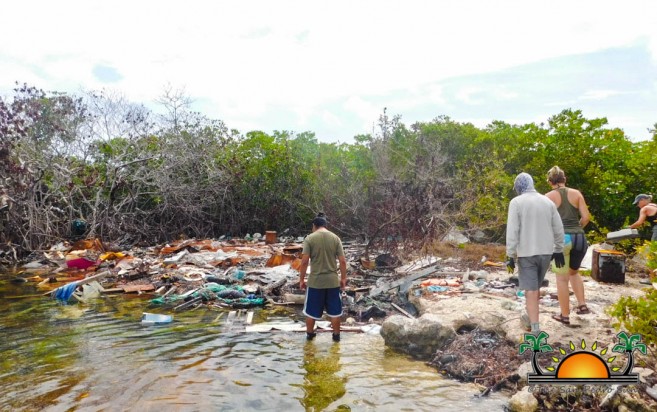 Belize’s Deputy Prime Minister, Honourable Patrick Faber also weighed in on the country’s, delisting and committed to the strengthening of regulations for the barrier reef’s protection. “We celebrate the fact that Belize’s overall mangrove cover in the site is maintained at 96% over the last 36 years,” said Faber. “We further strengthen our position by now ensuring the further protection and management of mangroves nationally via revised mangrove regulations that came into effect on June 23rd.”

The World Wide Fund for Conservation (WWF) congratulated Belize for its successful delisting via a press release on Tuesday, June 26th, citing that for the last 18 months, the Government has put in place the necessary protections to secure the BBRRS. A landmark moratorium on oil exploration in Belizean waters made Belize one of only three countries in the world with such legislation. The WWF also acknowledged the recent mangroves regulation that the government of Belize put into effect. This critical regulation will protect the country’s mangroves and is committed to legislating the current voluntary moratorium on selling the public lands within the World Heritage site.

Nadia Bood, Mesoamerican Marine Scientist at WWF in Belize welcomed the delisting news with great joy. “Our reef supports both an incredible diversity of wildlife and the livelihoods of more than half our population. By enacting the necessary protections for the reef, including a landmark oil moratorium last year, Belize’s government has recognized the need to protect the nature on which its people depend,” she stated.

The WHC has described Belize as a global leader in marine conservation after accomplishing such an admirable step in its reef protection. “Working together with international organizations and civil society, it was able to identify and take the actions needed to secure this incredible site from immediate threats, and create a collaborative model that others can follow,” cited Fanny Douvere, Coordinator of the Marine Programme at WHC. 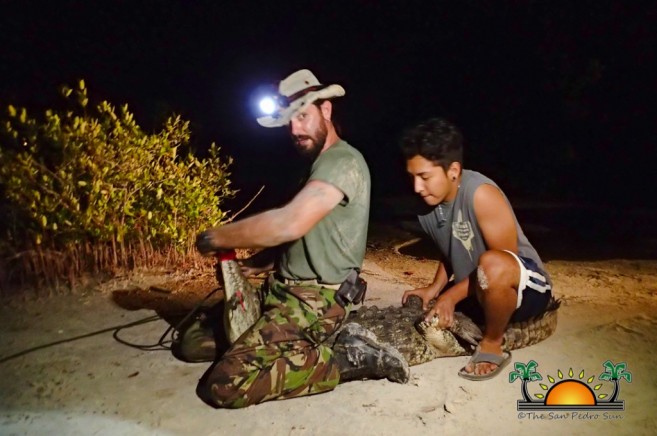 The Belizean reef system first joined the World Heritage List in 1996. It is an outstanding natural system consisting of the largest barrier reef in the northern hemisphere, offshore atolls, several hundred sand cayes, mangrove forests, coastal lagoons, and estuaries. The BBRRS is being considered a significant habitat for threatened species, including marine turtles, the West Indian manatee, and the American Crocodile. Apart from being home to hundreds of species, the reef is also an important economic resource for Belize, with approximately 190,000 people supported by incomes generated through reef-related tourism and fisheries.

Belize is being represented at the WHC meeting by a delegation led by Deputy Prime Minister, Honourable Patrick Faber and the Minister of Environment, Honourable Omar Figueroa. The WHC annual meeting continues until July 4, 2018.