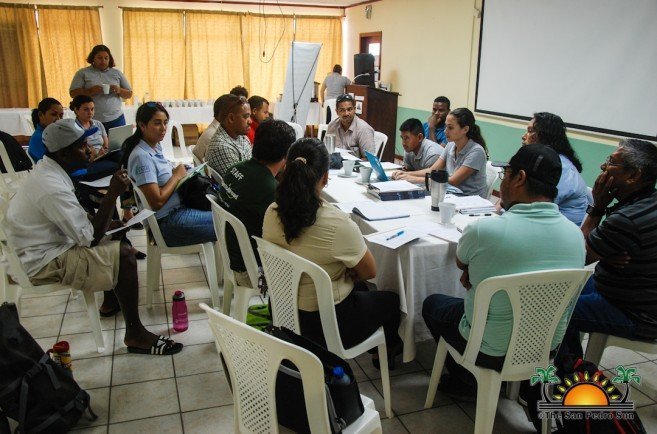 The meeting began shortly after 9AM, with presentations facilitated by Blue Ventures Country manager Jennifer Chapman, Adriel Castaneda from Belize Fisheries Department and Belize Fisheries Department Fisheries Officer Alicia Eck-Nunez. They all shared how Belize’s National Lionfish Management Strategy Plan was put together and what was their contribution. At the end of the presentations, attendees were then invited to view beautiful Lionfish jewelry made by Blue Ventures’ Belioness Lionfish jewelry group, composed of women from across Belize. 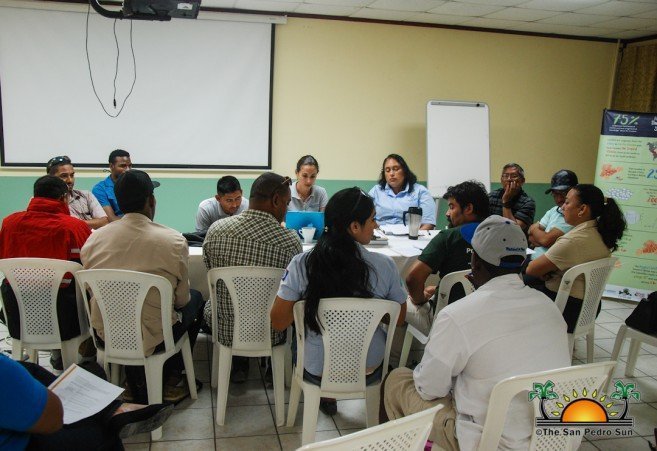 Native to the Indo-Pacific, the first lionfish sighted off the coast of Florida, USA was in 1985. It is suspected that this fish was released by its owner from its aquarium. It wasn’t only one, and for about 20 years people saw them occasionally off the coast of Florida. These lionfish started to breed, releasing eggs into the water which then moved in the ocean currents. In 2004 the first lionfish was seen outside of the USA, in the nearby Bahamas. From there, the population quickly spread across the entire wider Caribbean region, including the Gulf of Mexico. Lionfish are now found as far north as New York, USA and as far south as Brazil. Throughout the Caribbean, the invasion of lionfish poses a pervasive threat to marine ecosystems and coastal fishing communities where it has no natural predators. 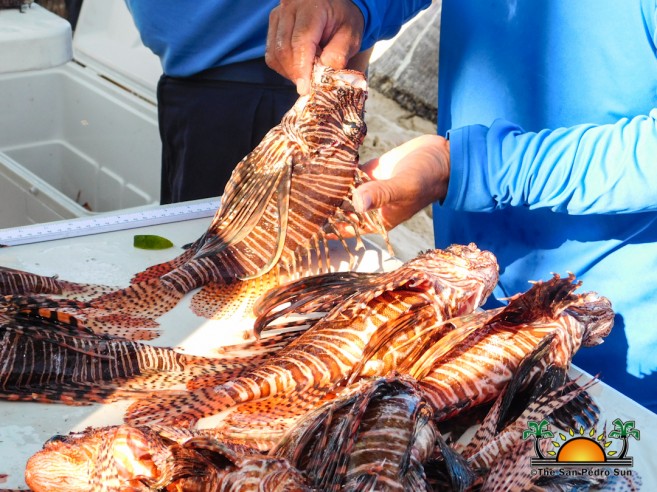 The lionfish have a unique hunting strategy. With its big fins spread wide and downward pointing nose, a hunting lionfish will slowly approach its prey. When close, the lionfish opens its huge mouth quickly sucking up the prey. None of the fish in the Caribbean know this hunting strategy, and so none of them know how to get away. Lionfish find it very easy to hunt, and have been observed eating over 20 juvenile fish in just 30 minutes. They can eat more than 60 species of fish and invertebrates. Most of their diet is made up of juvenile fish such as snappers and parrotfish, and invertebrates such as shrimp and lobster. The reason why it is essential to manage the lionfish growth in the country is because all of the animals that lionfish eat are important in keeping Belize’s coral reefs, fisheries and fisheries communities healthy. Despite that the lionfish spines contain venom (not poison) the meat is safe to eat. People who have eaten lionfish say that it tastes just like snapper or grouper fish. Here in Belize, many jewel makers baked the lionfish spines in the oven and then used them to make beautiful jewelry. 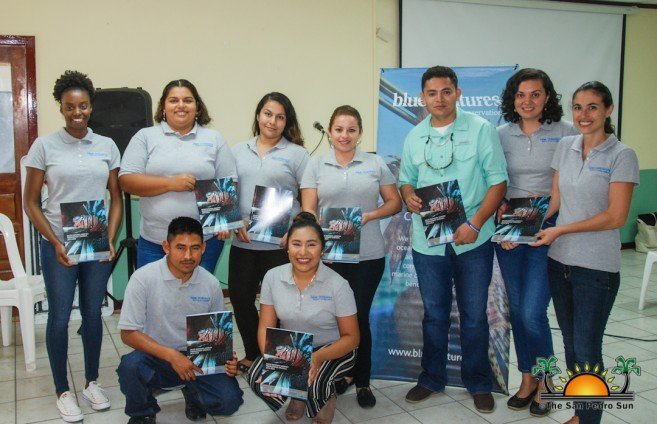 Nevertheless, Belize has already made great progress towards achieving effective lionfish control, having adopted a multi-pronged approach involving restaurants, fishers, and SCUBA divers, to control this invasive species. According to Blue Ventures, it is estimated that almost 90,000 lionfish were culled from Belize’s coral reefs in 2015, and lionfish surveys on reefs that year found that the lionfish abundance was generally low. However, ecological modelling shows that significant declines in native fish populations could be expected at almost a quarter of surveyed sites as a direct result of invasive lionfish. 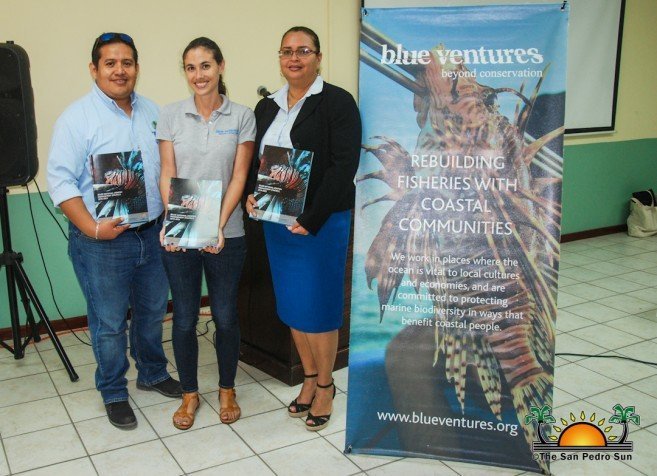 Belize’s first Lionfish Management Plan provides critical information about the Lionfish invasion biology and its status in 2009 and consists of five chapters. The first chapter: speaks about the invasion of Lionfish in Belize from 2008-2014, the Second Chapter: Strategic Planning, Third Chapter: Adopting a Coupled Human and Natural System Approach, Fourth Chapter: Conservation Management and the Fifth Chapter: Recommendations for the Next Five Years. 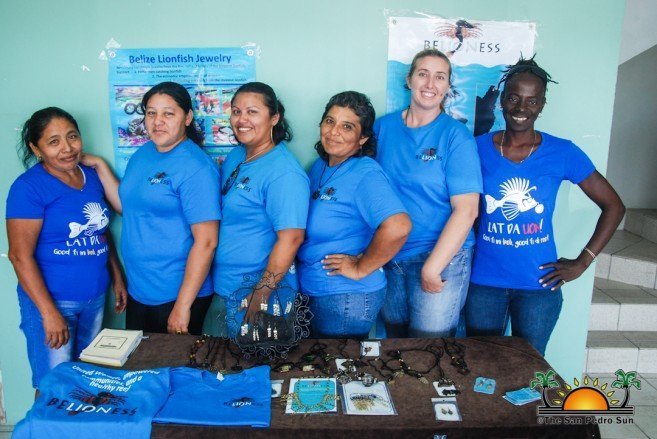 Belize can have Energy without Oil