One of two major dredging projects on Ambergris Caye remains inactive after it was discovered to be unauthorized.

One infraction involved illegal dredging on the north-western side of the island within the Hol Chan Marine Reserve (HCMR). The second large scale dredging/sand reclamation project on the southern end of the island has reportedly resumed activities after they were temporarily stopped for allegedly breaching their permits. 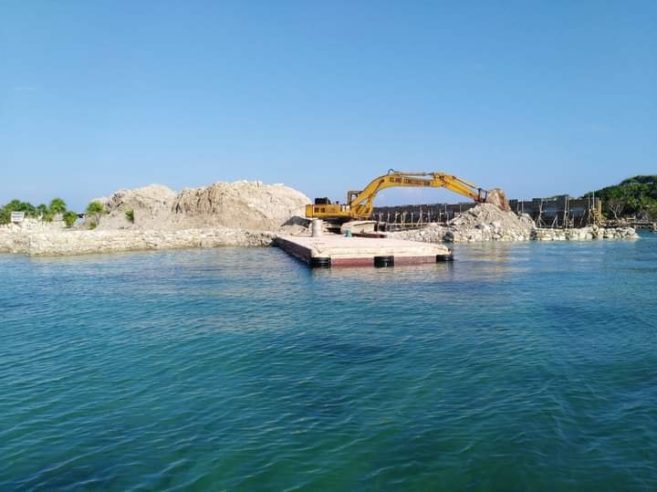 According to a spokesperson at HCMR, workers caught dredging at the northern site are being prosecuted and are scheduled to appear at the San Pedro Magistrate Court on December 16, 2020. Meanwhile, other governmental entities (Mining Unit, Department of Environment (DOE), and Physical Planning) continue investigating the site on the northern end of the island. They are expected to file a lawsuit against the contractor/owner for the illegal dredging.

A check with the management team at the HCMR monitoring the project indicated that the northern dredging had not resumed its activities since the end of September when it was formally shut down. An inspection was done to the said area lead by HCMR in company with members of DOE, Fisheries Department, Physical Planning, and the Mining Unit, and assessments were made. No updates have been forthcoming from the governmental entities. 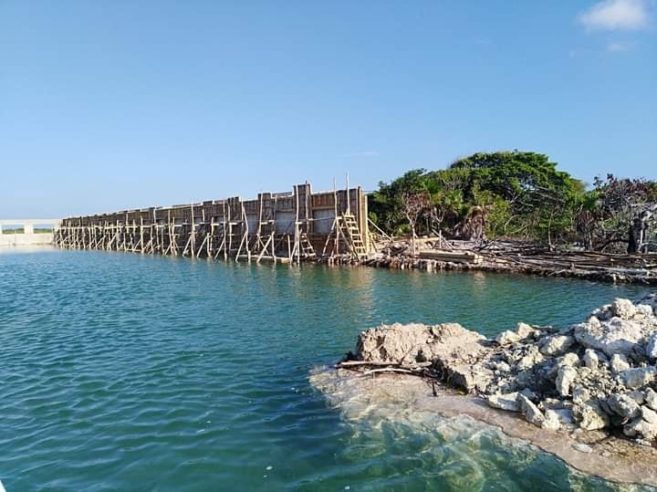 The project is an alleged subdivision comprising of several lots along the west coast. However, it has been deemed illegal, as the management team at HCMR found out that it had no permits from the Mining Unit to do any dredging, nor does it have any environmental clearance from DOE to do anything on the ground.

A clearer picture of what will happen with the massive project will be known following the upcoming court cases against those involved in the unauthorized activity. Also, the input of the governmental authorities will be significant in the prosecution of this illegal construction.

The HCMR tried to stop this illegal project for months while filing reports to the other authorities mentioned in this article. Developer/s was reportedly served with verbal and formal Cessation Orders, but the project continued.

The dredging taking place on the southern part of Ambergris Caye has been authorized to continue its activities of extracting sand. It was temporarily halted after excess sediments drifted toward the reef. Aerial images shared by concerned residents showed sediment plumes moving eastward toward the barrier reef. Members from the HCMR made an inspection and noticed that the required silt curtains were not in place. According to information shared by Hol Chan, the company conducting the dredging informed the Mining Unit in Belmopan City about a malfunction in their silt curtains. In a statement, the company indicated that there was a tear in their silt screening system and had ceased operations and contacted the relevant authorities to address the issue.

Currently, the team at HCMR continues to monitor the sand reclamation project, and from their checks silt curtains are being used. With such compliance, they will be allowed to fulfill the current terms of their permit, which will expire on December 31, 2020. It is unknown if the developer will apply for a renewal or if the Mining Unit would extend another dredging contract.