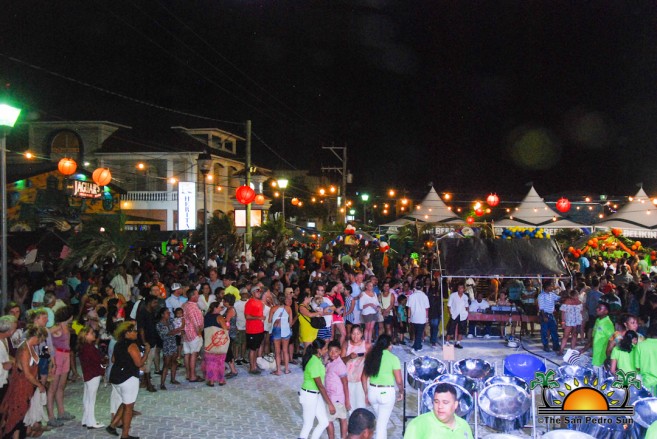 After eight days of lobster crawl parties at various participating businesses on the island, the highly anticipated San Pedro Lobster Festival Block Party capped off the tasty celebration on Saturday, June 23rd at Central Park. Thousands of residents and visitors alike enjoyed an evening filled with the glorious sounds of the Pannerifix Steel Band, beautifully decorated booths and the best of lobster-themed dishes and drinks. The festival also saw a group of local restaurants competing in the annual food and drink competition. Taking the top prize this year for best food and drink was Sandbar Restaurant with their ‘Candy Crush’ drink and their divine lobster dish: a sweet potato ravioli in champagne cream sauce complemented with delicious chunks of lobster.

Preparations for the block party began early in the day, with crews propping the stage where live performances would take place. The different restaurants participating in the event were also busy getting their booths ready for a grand night.

The Lobster Festival is organized every year by the San Pedro Business Association in commemoration of the official opening of the lobster season in Belize. This year marked the 12th annual celebration of the tasty crustacean, which encourages visitors and locals alike to visit the various participating establishments during a ‘Lobster Crawl.’ During the crawl, visitors can get their lobster passports stamped for a chance to enter a raffle to win an all-expenses-paid trip for two to the 2019 lobster festival.

Activities for the block party started around 4PM, and as the evening progressed, a crowd of hungry lobster fans began gathering. Grilled lobster, lobster kebabs, lobster quesadillas, lobster pizza, mac and cheese with lobster, lobster sliders, lobster dip and lobster sushi were just some of the choices that had many hungry revelers waiting anxiously in long lines. With lobster in hand, happy campers then gathered in front of the stage, where the Pannerifix Steel Band was playing melodious tropical beats.

During the festivities, a group of six judges was tasked to pick the top lobster dish and drink from 16 submissions. The judges were Tamara Sniffin from The San Pedro Sun, Councillor Gary Greif at The San Pedro Town Council, Elvis Kitchen’s Jennie Staines, Chris Aycock from Blue Water Grill, Amy Knox from Wild Mango’s, and Carlon Mendoza from the Belize Tourism Board. For the first time ever, the judges did a blind tasting, not knowing which establishment made each dish or drink. Many of the submissions were beautifully presented and with no doubt, delicious works of art. After judges submitted their scores, the total points were tallied and the winners were then announced. 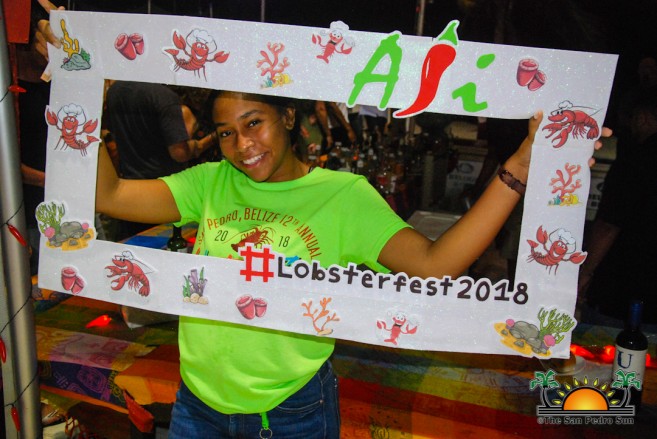 Before this year’s winners could be announced, including the winner of the lobster passport raffle, Mayor Daniel Guerrero thanked everyone for joining the lobster festivities. He also encouraged the visitors to spread the word back home about San Pedro and its celebrations and thanked them for choosing Belize. Immediately after, the winner of the lobster passport raffle was announced. Winning the all-expenses-paid trip for two to next year’s lobster festival was American visitor Drew Bentley. He gladly accepted his prize from beautiful Miss San Pedro Virginia Velasquez.

Next were the winners of the food and drink competition. Taking the grand prize in both food and drink category was Sandbar with their delicious ravioli lobster dish. This delicious plate was accompanied by their drink ‘Candy Crush’ decorated with gumdrops and star fruit.  Winning second place in the drink category was Jyoto Japanese Restaurant/Sushi Bar with a smoked whiskey rum drink.  Pirate’s Not-So-Secret Beach Bar took third place. 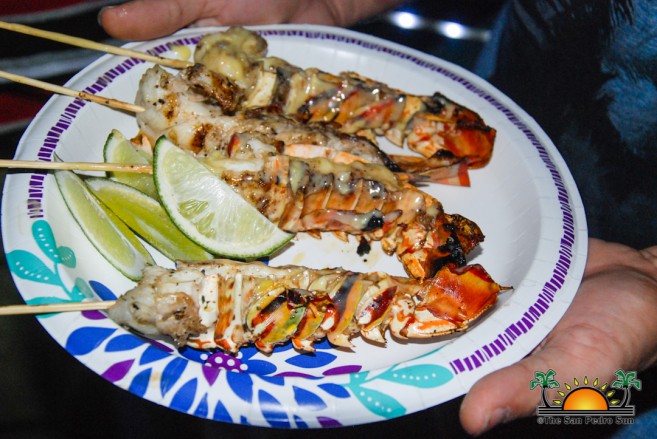 With their lobster wrapped as pigs in a blanket, Ramon’s Village Pineapples on the Beach Restaurant walked away with the second place in the food category. Estel’s Dine by the Sea was honored with third place for their grilled lobster with saffron garlic butter.  In the best booth category, Pineapples once again took the top honors for their tropical setting in the park.

After the winners were awarded, the celebration continued with live music by DJ Debbie and DJ Habo. Live performances by Caribbean Kings, Marylin Vansen, and Ernestine Carballo entertained the party crowd late into the night. 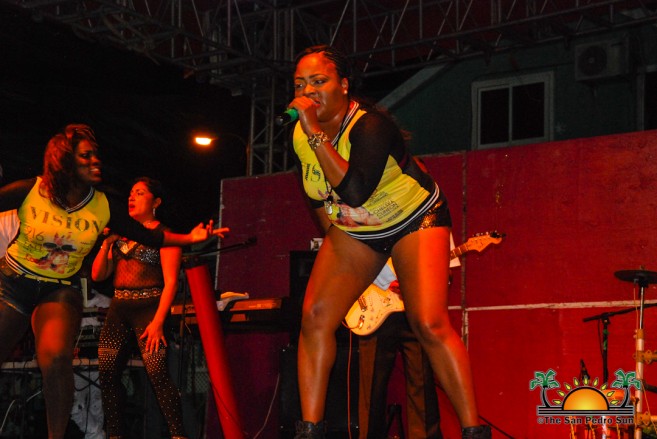 The San Pedro Sun congratulates all winners and participants of this year’s Lobster Festival. We will see you all again in 2019 for another grand celebration!

Environmental Educational Campaign to culminate with an art exhibition