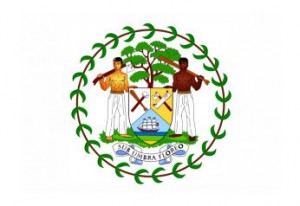 The Government of Belize was represented at the 68th General Assembly of the United Nations (UN) held from September 24th to October 1st. The theme for this year was “The Post 2015 Development Agenda; Setting the Stage” with the Belize delegation led by the Honorable Wilfred Elrington, Minister of Foreign Affairs and Foreign Trade. Elrington addressed the UN on September 30th and in his remarks, which lasted 24 minutes and 2 seconds, he used the opportunity to highlight several issues, including the unfounded Guatemalan claim over portions of Belize.
Elrington began his remarks by highlighting the fact that developed nations have not honored their commitments to provide the assistance to poor countries needed to achieve their global anti-poverty targets, known as the Millennium Development Goals (MDGs). He indicated that since being launched in 2000 the MDGs set eight specific goals on poverty alleviation, education, gender equality, child mortality, maternal health, environmental stability, HIV/AIDS reduction and a global partnership for development, however the larger countries have not honored goal eight.
“Today, 13 years into the process of implementing the MDGs the scorecard now reveals that while a minority of countries are showing commendable successes in attaining the MDGs the vast majority of nations are still mired in poverty with scant or no sign of development. In that regard, Mr. President, we note with disappointment, that the rich countries have not even been able to bring themselves to honor their commitment to contribute 0.7 percent of their gross domestic product as official domestic assistance to poor countries, and the resources being provided by the international and other financial institutions and by private donors fall far short of what is needed by poor countries for the attainment of these most laudable goals. It is evident that for some inexplicable reason the developed countries abandoned goal eight of the MDGs titled ‘Development – a Global Partnership for Development’. In the absence of the partnership of the developed countries the attainment of the MDGs by poor countries will remain illusory.” He went on to say that the MDGs must remain a work in progress to which Belize is committed to the initiatives. 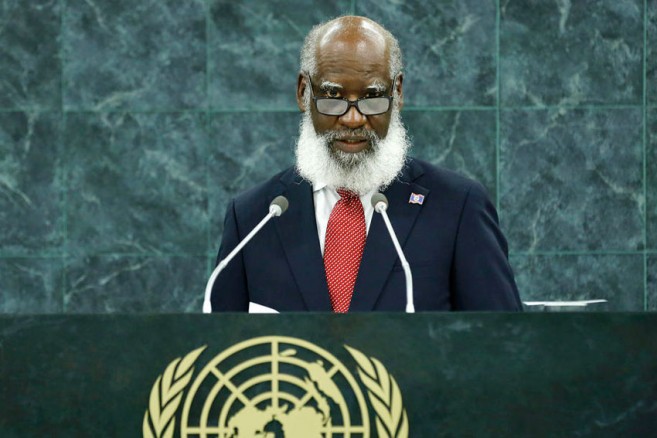 From the issue of the MDGs, Elrington spoke about some of the domestic problems facing the Belizean people. At the top of the list of the country’s domestic priority is a resolution to the unfounded Guatemalan claim over portions of southern and western Belize. “Topping the list of our domestic priorities at this time is the resolution of the Guatemalan claim. This claim poses an existential threat to our nation and requires urgent resolution if the people of our two countries and our region are to continue to enjoy the peaceful coexistence that has characterized our relationship thus far…. The Guatemalan claim is a constant source of anxiety to our citizens as well as to investors in our country. Furthermore, both our territorial and maritime border regions have been suffering from depredation and environmental degradation in consequence of the wanton and sustained illegal activities of Guatemalan campesinos, fishermen and other criminal elements engaged in narco-trafficking, human trafficking, smuggling, illegal panning for gold, the extraction of Xate and other exotic plants and animals, the illegal felling of timber and the pillaging of our ancient Maya ruins. The felling of timber in our rainforest areas are contributing to the denuding of our mountains which result in violent flooding in the rainy season and the transmission of top soil sand and silt into the sea. These soils are then ultimately deposited into our pristine barrier-reef, choking and destroying the fragile eco-systems therein, and compromising the health of the entire reef and the marine ecological system thriving therein. Additionally, the increase in trespassing by the Guatemalans into our country has given rise to more frequent violent encounters between Guatemalans and members of our Belize Defense Force, resulting in fatalities in some instances. These incidents put a heavy strain on the relations between our country and Guatemala and the peace of our region as a whole.”
There are about 65 Guatemalan villages along the 141-mile-long borderline shared with Belize. According to the Guatemalan census data, most of their people along the borderline region are indigent and unemployed. Elrington said that “in the absence of the employed” and “increased patrol” along the Belize borderline, and given the incursions, the situation “will only get worse.”
“Belize is resolved to do all in its power to protect her citizens and territorial integrity, but our efforts alone will not be sufficient to put an end to the forays of the Guatemalans coming into our country. The input of the international community will be vital in assisting in development in the border regions of income generating enterprises to ameliorate the poverty which compels the Guatemalans to trespass in our border regions,” said the Foreign Minister of Belize.
Elrington also spent time speaking on other issues including climate change, citizen’s security, education, non-communicable diseases and disabilities, human’s rights, Belize’s position as it relates to Cuba, Taiwan, Israeli-Palestinian situation and Syria, and chemical and biological weapons.
Elrington was accompanied by Ambassador Alexis Rosado – Chief Executive Officer in the Ministry of Foreign Affairs, Ambassador Nestor Mendez – Belize’s Ambassador to the United Nations, Senior Ambassador Fred Martinez – Belize’s Ambassador to Guatemala and Alfonso Gahona – Director of International Affairs.