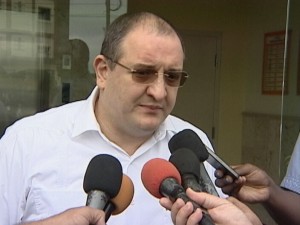 Guatemala and Belize’s Foreign Affairs ministers met on Thursday January 9th in Belize City. The main purpose of the visit was to strengthen dialogue as part of the confidence building measures between the two countries. During the meeting, the pending referendum to put the Guatemalan claim over portions of Belize to the International Court of Justice (ICJ) was discussed.
Following the meeting between Fernando Carrera, Foreign Minister of Guatemala and Wilfred Elrington, Belize’s Minister of Foreign Affairs, the Government of Belize released a joint communiqué outlining the outcome of the meeting. According to the context, the Foreign Ministers agreed to establish, as soon as possible, a Joint Commission of the two countries, in accordance with Article 20 of the Agreement on the framework for negotiations and confidence building measures between Belize and Guatemala. The joint commission will be headed by the Chief Executive Officer (CEO) of the Ministry of Foreign Affairs of Belize and the Vice Minister of Foreign Affairs of Guatemala, with the support of the Organization of American States. The main objective is to enhance the implementation of the Confidence Building Measures and propose of other measures that will contribute to the strengthening of the bilateral relations and the avoidance of any conflict.
One of those measures both countries are looking at is to go back to the drawing board in relation to the outstanding joint referendum. When asked if the referendum will be possible in 2014, Carrera said that they are not sure. “We are not very sure so far, but definitely what we are going to have are stronger and better measures of confidence. I think that is what is important today, that we have started to talk about measures of confidence from the beginning of the year, and that is going to open the space for that….I think it comes from historical issues and decisions that were taken a long time ago by different governments in our territories and that now, the task of our generation is to find peace…to create a peaceful relationship and to have a social, economic development as I have said before. I think that is the only way forward.” 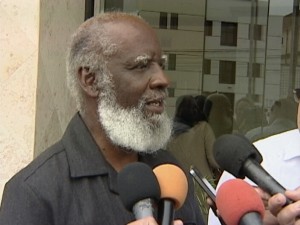 According to Elrington, the process of taking the territorial claim to the International Court of Justice (ICJ) will be a long and involve much dialogue. “We want to have much more meetings between parliamentarians because the Guatemalan parliamentarians have got to agree to this process so that they can sell it to their people. In the same manner in which our opposition people have agreed to the process, so we have to get the politicians on board. So we will be having more meetings between Guatemala’s and Belize’s parliamentarians with our parliamentarians. As a matter of fact, one of them is here now, the Deputado has come along with the delegation. We will have more meetings with the people in the business sector, Chamber of Commerce, schools, churches, academia and of course the commercial sector so that people can feel comfortable about this. People can take ownership of this process, this decision to take this matter to the ICJ.”
During the meeting, the Foreign Ministers instructed the CEO and the Vice Minister to define a road map for 2014, scheduling a series of meetings of various sectors, to facilitate greater exchanges that will promote confidence and cooperation between both peoples and governments. They also agreed on the need to promote dialogue between parliamentarians, the private sector, local authorities, academia, churches, cultural and educational sectors among others, as the best way to create a climate of confidence conducive to the fixing of a date to hold the necessary referenda to lead to the ICJ.
A follow up meeting between the two foreign ministers will take place in June, to evaluate the work entrusted to the CEO and the Vice Minister.