« Older: Guatemala may hold Belize territorial dispute referendum this year: Belize yet to announce a date
Newer: » Ambassador of the Republic of China (Taiwan) Presents US$5 million Grant to Government of Belize


The Ministry of Natural Resources and Agriculture has concluded their investigations regarding the Northern Caye Caulker beach reserve issue. The Ministry had launched an extensive investigation after several foreign buyers, including British retiree Sydney Higgins, sought legal action for a parcel of land they bought as perceived beach front property is not actually bordered by the seashore. In their investigation report, the Ministry stated that the matter has been resolved and that the land in question is non-existent. The issue arose after land owners who purchased beach front properties in Northern Caye Caulker back in 2005 started stating that the revised parcel maps of 2012 showed a property in front of their land. 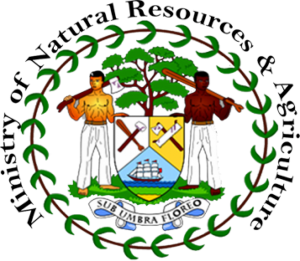 In the release the Ministry stated “Upon conclusion of investigation on the Northern Caye Caulker beach reserve, the Ministry of Natural Resources and Agriculture has determined that the parcels in question for the individuals who made the complaint are non-existent, because the surveys relating to those parcels have been cancelled since the Government of Belize learned about these cases in 2012.”
The release also indicated that lands issued prior to 2008 are causing problems to address. “The Ministry would like to note that several other large parcels of land affecting other properties were issued prior to 2008 and as such, it will be challenging to address and regularize these, considering the fact that most of these parcels are now free hold titles that have changed hands among multiple owners over the years. Since 2008, the Ministry issued permission to purchase for two parcels, however no titles for these were issued and those parcels in question have been cancelled. There are two Titles that were issued and the Ministry will commence discussions with the individuals affected with a view to keep in accordance with the legislation that governs National Land which seeks to ensure the beach reserve is maintained for the benefit and enjoyment of the general public,” said the Ministry in the release form.
Some of the findings of the investigation have indicated that certain surveys were not conducted in accordance with the established guidelines of Belize and that the authentication process was irregular. These issues will be discussed with the Lands and Survey Department during the next surveyor’s board meeting in order to ensure accountability to current land owners and potential investors.
While the release does not say where the mistake was made in the inconsistency of parcel maps, they did say they the department’s internal vetting and authentication process is currently being strengthened to ensure greater accountability by the Government’s Survey Team. “The Department remains committed to ensuring that the policies and legislation governing National Lands are upheld and we thank the general public for their support as the Ministry works diligently to address these land issues as they arise and to establish standards, policies and procedures to safeguard land rights.”

Ministry of Health and Wellness Announces New Measures for COVID-19