After witnessing the arrest of his Vice President, Roxana Baldetti, and the heavy pressure of an entire country, Guatemalan President, Otto Perez Molina resigned late Wednesday evening, September 2nd after the country’s Attorney General obtained a warrant for his arrest on corruption charges. The former president was remanded to a military prison known as Matamoros. On Friday, September 4th, Molina was taken to court where he heard recorded evidence of his involvement with a corruption ring dubbed “La Linea”, and consequently delivered his declaration. A spokesman said that the former president had decided to step down to confront the proceeding against him.

The fact that Congress stripped him of his immunity from prosecution is a first in the Central American nation. With a unanimous vote of 132-0, Molina’s immunity was stripped and he seemingly had no choice but to resign. His resignation comes just days before presidential elections in Guatemala. With Perez Molina’s resignation, Alejandro Maldonado was appointed by Congress as the temporary president until January 2016 when the newly elected president takes office.Prosecutors accuse Perez Molina of masterminding a scheme to defraud the customs service of millions of dollars linked to the corruption ring “La Linea”, allegations which he denies. Investigations reveal that the main accusation involved businesses paying bribes to government officials and custom officers in return for being allowed to evade import duties. 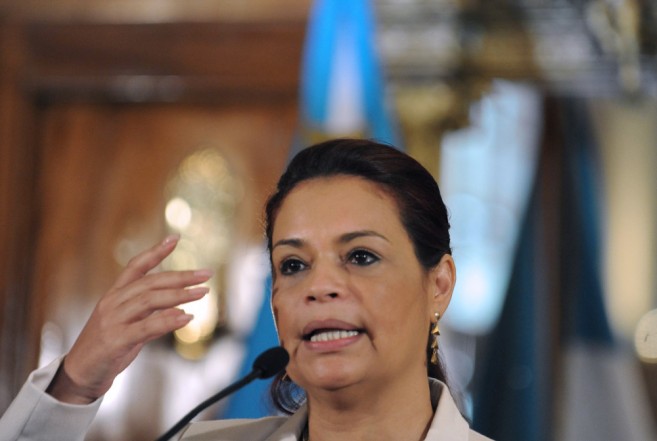 The corruption scandal triggered a series of mass protests in Guatemala calling for Perez Molina’s resignation. Thousands of protesters marched to the Guatemalan capital demanding the president to step down as their leader. Students, along with members of the business community paralyzed major parts of the country in a massive protest, with the sole purpose of uniting against the country’s corruption. Marchers waved placards denouncing the actions of their elected leader. Several high ranking government officials have been remanded along with the president’s former deputy, while six members of his cabinet resigned. The massive protests was a main factor in the creation of a committee which ultimately lifted the immunity of the former president. The committee became active after Guatemala’s Supreme Court gave the go–ahead for prosecutors to request impeachment proceedings.

What does this mean with regards to the ongoing Belize-Guatemala Territorial Dispute? 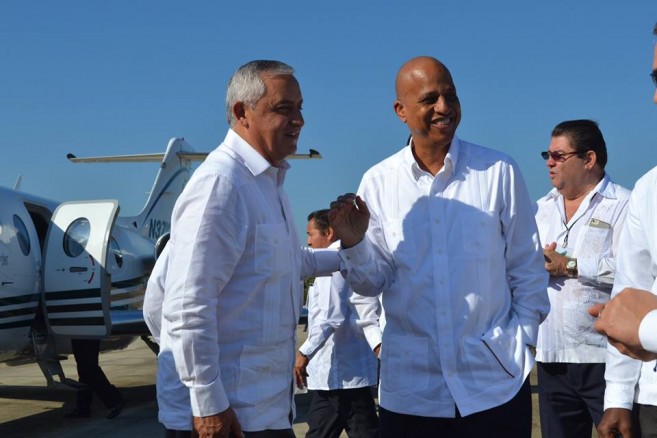 In December 2014, Perez Molina was in Belize for the 44th Ordinary Meeting of Heads of State and Governments of the member states of the Central American Integration System (SICA- Sistema de la Integracion Centro Americana), that resulted in the Placencia Declaration. At this same event, Belize and Guatemala signed 13 agreements intended to generate a climate of greater confidence between both countries that would enable them to take the historic territorial dispute to a referendum and eventually to the International Court of Justice. Even though Belizeans were not fully aware about the content of the agreements, Perez Molina reiterated that the new agreements came against the backdrop of the 2008 compromis (special agreement) which were signed over six years ago in December of 2008 in Washington D.C. With Perez Molina now gone, the question that lingers in the air is how this political crisis in Guatemala will affect the relations between Belize and Guatemala.
Prime Minister Dean Barrow has expressed sympathy regarding the situation with Perez Molina, as during his tenure, the relations between Belize and Guatemala were heading in good directions. “I was very pleased with the way he behaved towards Belize during his time, since we all know his history. He was high in the Guatemalan military, and I feared that as President he would have been hostile towards our country, but that was not the case. In terms of the interpersonal relations between us and in terms of the institutional arrangements, he was a gentleman. Perez Molina was restrained and responsible. He struck me by saying he recognized and welcomed the separate reality of Belize while still insisting that they had their claim and their point of view. I understand the internal dynamics and I make no judgment as to whether or not he is guilty of anything,” stated Barrow.
Barrow went on to discuss concerns the country should consider when it comes to the instability in Guatemala. “Given the difficulties we have just experienced with respect certainly with the Sarstoon incident, instability is certainly concerning. The military to military relationship is not good, but based on the structures and operating protocols as well as the inter-personal relations between our General and his counterpart; I really hope that in these circumstances professionalism will prevail. The only way it might be worrying is if there is some sort of vacuum at the top. The new Guatemalan President, Alejandro Maldonado, who I believe is a good man and true, will be able to exercise the duties of the presidency in a positive manner. So I am hoping that the current crisis in our neighboring country will not ultimately, in any practical way, affect the situation with us,” affirmed Barrow.
The Belize Defense Force Commandant, Brigadier General David Jones reiterated that the turmoil in Guatemala amidst its president’s resignation will not present any difficulties for the military to military relationships between the two countries. “The Guatemala military does not associate with the political arena thus it is not a concern for us since the military leadership is still in place. Our relations with our Guatemalan counterparts are excellent and I have spoken with their new commander. We are on the same page, which is to keep peace in the area of the Sarstoon. Also [it is important] in keeping peace between Belize and Guatemala, and let the military professionals work together continuously as professionals. Even though at the moment there may not be a head of state, the military leader and I have an understanding that we are going to cooperate with each other and that remains in place. Unless there is a change in military leadership from the Guatemalan side, then I may need to have the similar discussions with whoever is the new leader,” said Jones.