On Wednesday, January 6th, Prime Minister Dean Barrow was handed the reins of the Caribbean Community (CARICOM) as he was appointed the acting Chairman for the next six months. Overseeing the transition of chairmanship was CARICOM’s Secretary General, Ambassador Irwin LaRocque, who was on an official visit to Belize as of Tuesday, January 5th for the occasion. Barrow took over the position from the Prime Minister of Barbados, Honorable Freundel Stuart, who was the former acting Chairman of CARICOM from July 1 to December 31, 2015. 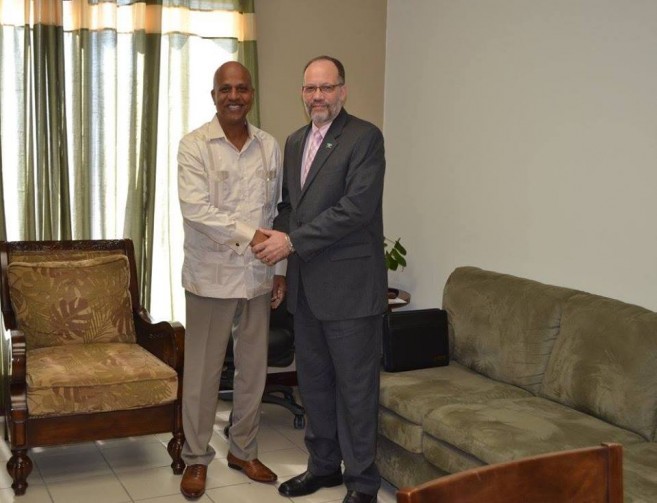 While in Belize, Ambassador LaRocque took time to discuss Barrow’s duties and regulations for the next six months. “The Prime Minister of Belize, Honorable Dean Barrow is now the Chairman of CARICOM as of Friday, January 1st. It is customary when a Chair comes on board that I would come to brief the chairman and to begin planning, or continue planning, the hosting of the meeting of the Heads of Government which will take place here in Belize on Tuesday, February 16th and Wednesday, February 17th,” explained LaRocque. The Heads of Government meeting will be taking place in Placencia Village, and as the chairman, Barrow will play a critical role in the organization and meeting itself. “As the Chairman, Prime Minister Barrow has a very critical role to play, not just in chairing the meeting, but being the head of the community over the next six months. He will have to address any and every issue that may arise in the Caribbean Community and requires the attention of the highest political level including representation of issues or other sorts of political issues.”
According to Barrow, one of the main issues he will address during his term as Chair will be advocating for all member countries to join the Caribbean Court of Justice (CCJ). Currently, only Barbados, Dominica, Guyana and Belize are part of CCJ’s appellate jurisdiction. “During my stewardship of the Community, I look forward to more Member States joining the four of us in the Appellate Jurisdiction of the CCJ,” said Barrow. The CCJ is the judicial institution of CARICOM established in 2001. The CCJ operates two fold: the original jurisdiction which interprets and applies the Revised Treaty of Chaguaramas as an international court with compulsory and exclusive jurisdiction in respect of the interpretation of the treaty and the appellate jurisdiction which hears appeals as the court of last resort for both civil and criminal matters of member states. 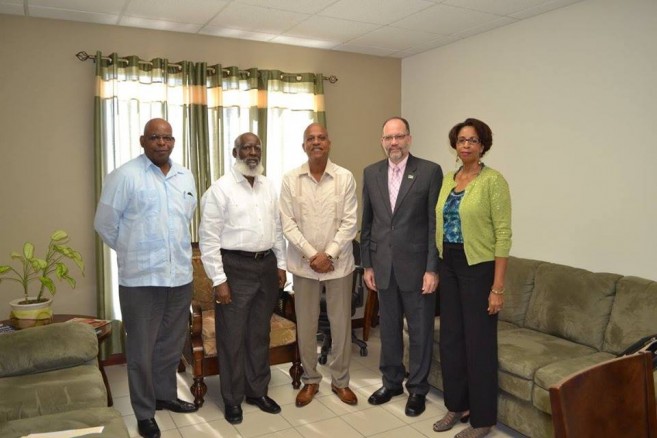 Barrow also hoped that in his time as Chairman of CARICOM, he can strengthen the relationship between all 15 member states. “We will be making our governance arrangements more flexible and dynamic. We will be continuing efforts in the coming year to revise those arrangements for our integration movement to become more effective and relevant to the needs of our people,” said Barrow.
Prime Minister Barrow will serve as Chairman of CARICOM up to June 30, 2016.
While in Belize, Ambassador LaRocque also took part in Caribbean Regional Fisheries Mechanism Climate Change discussion. “I had the great pleasure of also visiting the Climate Change Center in Belmopan. The Climate Change Center, of course played a very critical role last month in Paris, in terms of facilitating our member states in the negotiations, for what I considered a very successful outcome of the COP21 on climate change. So here we are and I just want to emphasize that CARICOM is not just about the CARICOM Secretariat, CARICOM is an architecture of the member states that all work hand in hand together. So CARICOM is here ever present in Belize, every single day, working on behalf of the community and working on behalf of Belize,” said LaRocque.