Government of Belize weighs in on Refugee/Amnesty program


The news of an amnesty/refugee program for irregular migrants and persons with illegal immigration status has come to light. The program has flown under the radar since November of 2015. According to sources within the immigration department, the system has been manipulated in a manner that there is little to no vetting of the applications, and approval is basically guaranteed. Given the recent sightings of hundreds of immigrants in Belmopan seeking legal status in Belize, the country could soon see its population dramatically increase if such immigration statuses are approved. 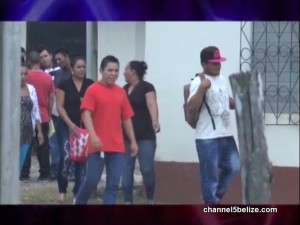 According to a source from the Ministry of Immigration, the hundreds of undocumented immigrants being processed each week are given a special legal status between three months to a year. The granting of this temporary legal status is quick and no questions are asked. The practice has raised concerns, and even though it was believed that there was none, Beverly Castillo, Minister of State in the Ministry of Immigration did clarify that there was plenty of scrutiny in the process. “The Refugee Program is looking at those refugees who already live in Belize and were seeking to regularize within the country claiming refugee status,” said Castillo.
She indicated that the program has been reactivated along with the Refugee Eligibility Committee which has a wide cross-section of the Belize community. Some of the organizations that make up the committee are the churches, the unions, and the business community. “Now anybody can walk into the immigration office saying they want to apply for refugee status. The applications are received but that does not mean they will qualify,” she said. Castillo further commented that there have not been any pre-approval applications a far as she knows.
Since the news broke, a number of non-governmental organizations weighed in on the issue, and to some extent, criticized the lack of communication on the part of the Government of Belize (GOB). One such organization is the National Trade Union Congress of Belize, and according to its President Marvin Mora, he believes that GOB has failed in informing the Belizean people on the program. “The government owes it to the country, not only to explain why and how they are doing these things, but how much it is costing us? What can we expect would be the results of these types of programs? We are supposed to be concerned because we do not know anything about these people that are coming into our country,” said Mora. He pointed out that no one is aware of any process in place to conduct background checks on the immigrants, as far as the law is concerned. 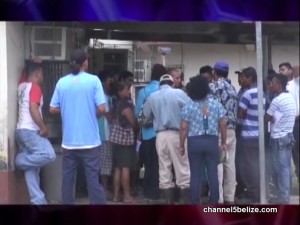 In an attempt to clarify the situation, GOB issued a press release on Tuesday, May 17th following a Cabinet meeting which shed some light on the issue. The statement from the government claims that there is no such thing as an amnesty program currently taking place in the country. However, to date, the Refugee Eligibility Committee has vetted and recommended ninety-two applications. GOB says those requests have been tendered to the Minister of Immigration for the granting of refugee status. At first it was informed that Help for Progress, a Non-Governmental Organization (NGO) which represents the United Nations High Commission for Refugees (UNHCR), was responsible to receive applications from potential asylum seekers and conduct an initial interview. Those applicants who meet the criteria for refugee status were then to be referred to the Immigration Department, where a second interview was to be done and the successful applicants would be given an appointment for a more in-depth interview. Such process has been disputed by GOB, and in its release the government made it clear that there exist no formal, nor legal agreement between GOB and the NGO that would give it authorization to accept application for refugee’s status in Belize. As well as to further conduct interviews and determine which applicant has a legitimate case or not.
The process for accepting applications was well detailed in the document stating that all applications and the processing for recognition of refugees status, must be presented to the recently reactivated Refugee Eligibility Committee. During the few years of inactivity of the committee, no other entity was empowered to conduct interviews to determine whether refugee applicants for a refugee status had a legitimate case for consideration. Furthermore the guidelines for consideration of refugee status were detailed. According to the GOB, the process is very strict and the only way an applicant can be considered is by proving a well-founded fear of being persecuted for reasons such as race, religion, nationality and political opinion. Additionally, the government warns that any entity other than the duly authorized Refugee Eligibility Committee involved in processing applications for refugee status considerations, should discontinue from such activity. 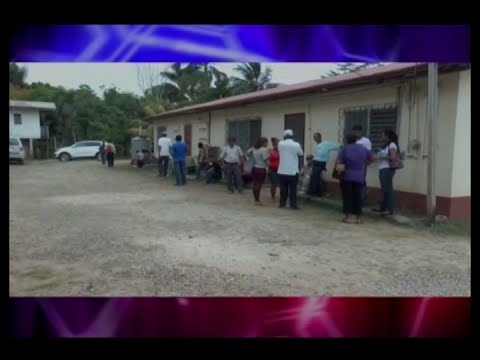 At the end of the Cabinet meeting it was requested that all applications be directed to the Department of Refugees which is housed at the Ministry of Natural Resources and Immigration Building, for recommendation by the Refugee Eligibility Committee.
To date, forty files have been reviewed at the ministry; however, the Ministry of Immigration is yet to grant any refugee status.
There is also a proposal submitted to the Government of Belize by the UNHCR for consideration of a Protection Transfer Arrangement in which Belize would act as a host country for groups of ten families at a time coming from the Northern Triangle (Guatemala, Honduras, El Salvador) but at this time, mainly from El Salvador, transiting to the United States of America for resettlement. These persons would arrive in Belize and remain for a period of three to six months in order to finalize documentation en-route to resettlement.
At this time the Government of Belize has not given its approval for the Protection Transfer Arrangement.

Remarketing of the Employee Assistance Programme

MIDH continues housing project on the mainland; the Cayes are yet to be included