The Ministry of Foreign Affairs has acquired a new $3 Million headquarters building in Belize City, purchased with a US$1.5 Million grant from the Republic of China on Taiwan. Taiwan’s Ambassador to Belize, H.E Benjamin Ho joined Foreign Minister Hon. Wilfred “Sedi” Elrington in inaugurating the ministry’s new location at the seaside Villa Fiori mansion at No.10 St. Mark Street in the Hone Park neighbourhood on Tuesday evening, July 12. 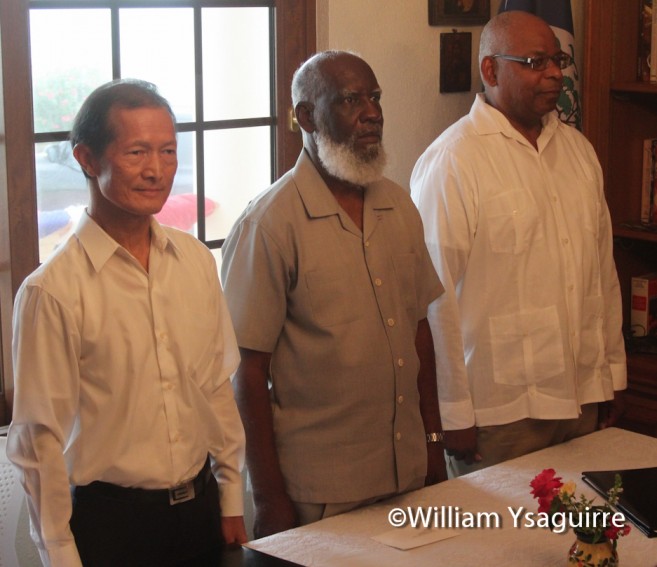 Chief Executive Officer Lawrence Sylvester in the Ministry of Foreign Affairs signed the purchase agreement to acquire the building from the Habet family, witnessed by both Elrington and Ho.
Minister Elrington promised that Belize will not always remain a small economy, and with the acquisition of this building it was preparing the way for Belize to step into a brighter future. He explained that his ministry has been borrowing space from the National Emergency Management Office (NEMO) and other ministries in Belmopan for years now, and so had been setting aside funds each year while it looked for a new home. He said the ministry already has full architectural plans drawn up for a new headquarters building, which was to have been built in Belmopan; but when Villa Fiori came onto the market, it was a providential godsend. The ministry had expressed its interest to the Habet group and informed Cabinet that the ministry had the funds to buy the building, when they began negotiations to acquire the property several months ago. The Taiwanese Embassy became involved since the Taiwan government supports the foreign ministry with an annual grant of over $400,000 as part of Taiwan’s assistance to strengthen the foreign ministries to the Central American Integration System (SICA). Elrington informed Ambassador Ho of the ministry’s interest in acquiring the building. 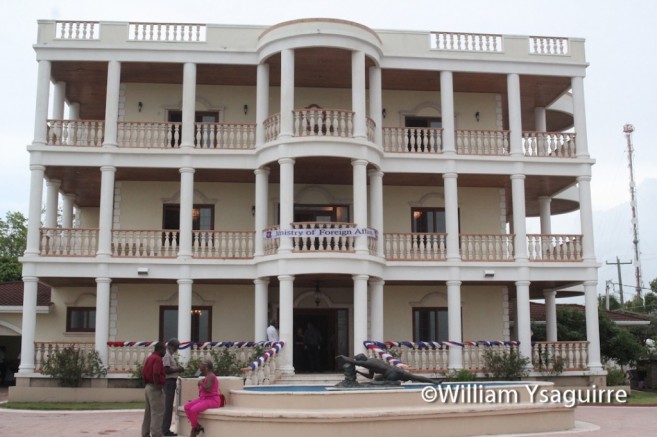 Elrington was happy to inform the nation that the new building will not cost Belizean tax-payers a cent; since the entire cost will be paid by the Taiwan grant. Ambassador Ho said the people and government of Taiwan were happy to assist Belize in this way, and when he first learned of the ministry’s intent, he had asked them to hold off a few months, for the new government to take place in Taiwan; where that nation’s first women president took office in April. After that, he submitted Belize’s request to Taipei and the US$1.5Million grant was approved.

Elrington also itemized the many instances of Taiwan’s financial support to Belize, as he thanked Ambassador Ho for the grant. He noted that Taiwan has provided full scholarships to more than 200 Belizeans to date, and that the embassy is collaborating with the government to help these young graduates access start-up capital upon their return to Belize, so they may start up their own companies or business, and contribute to the development of Belize’s economy. The support of Taiwan’s technical mission in agriculture has also greatly advanced Belize’s agriculture sector. He also noted Taiwan’s gift of an Information and Communications Technology (ICT) Center in Belmopan, which has now been renamed the Central Information Technology Office (CITO), which has really brought Belize into the 21st century by developing a number of software platforms for e-government. 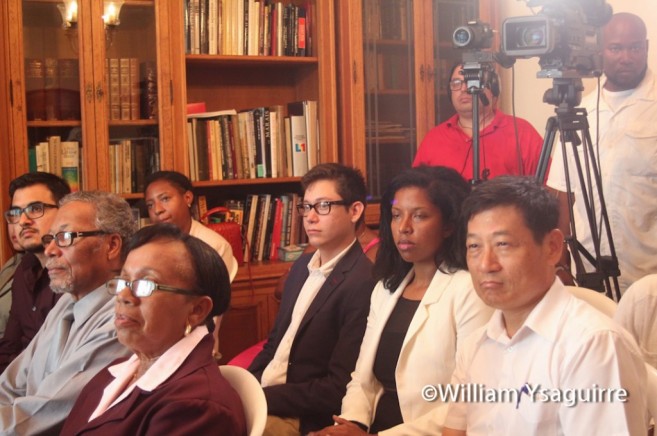 Before the purchase was signed, Carlo Habet – representing the former owners, described the luxurious package the government is getting. With 10,500 square feet of floor space, the 3-storey mansion is palatial in every way, from its Greco-Roman columns and wrap-around verandas, to its marble-tiled floors, mahogany stairs and bannisters; the building also has an elevator, a gym with exercise machines, a hot-tub on the second floor balcony, a state of the art kitchen and three large bedrooms.

CEO Sylvester said the bedrooms will be converted into offices; as the Prime Minister’s Belize City office would also be relocated there. PM Barrow presently rents office space in the Thurton building on Coney Drive, but will now use office space at Villa Fiori, when he holds meetings in Belize City on Wednesdays.

Taiwanese President on a State visit to Belize

No maritime and hardship allowances for island police