Belizeans conducting financial transactions over the Internet may be comforted to know that the Government of Belize (GOB) has drafted its first National Cyber Security Framework and Action Plan to protect the nation’s digital data against hackers and other cyber-criminals.
Internet specialists, attorneys from the Solicitor General’s office and the Judiciary, along with members of the Police Department, joined businessmen from the private sector and other members of the general public at the first ever National Internet Governance Forum. The symposium was held at the Best Western Biltmore Plaza Hotel in Belize City from Monday to Friday, April 24-28.

The Public Utilities Commission hosted the week-long National Cyber Security Symposium, in collaboration with the Ministries of Home Affairs and the Attorney General, the Office of the Prime Minister, the Caribbean Network Operators (CaribNOG) and the United States Embassy. 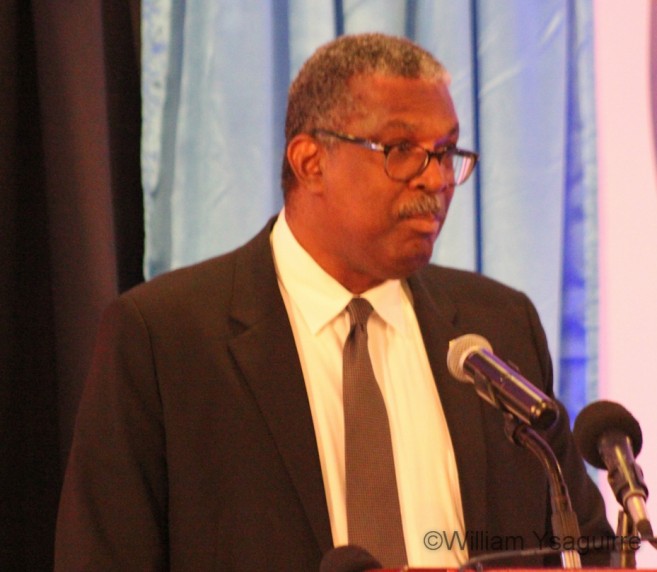 The objective was to develop a national framework of how government would protect the security of its data networks, while sharing citizens’ information to provide services in the most efficient and cost-effective manner. There is also the need to protect all Belizeans; as they use the Internet with a variety of home and mobile devices. 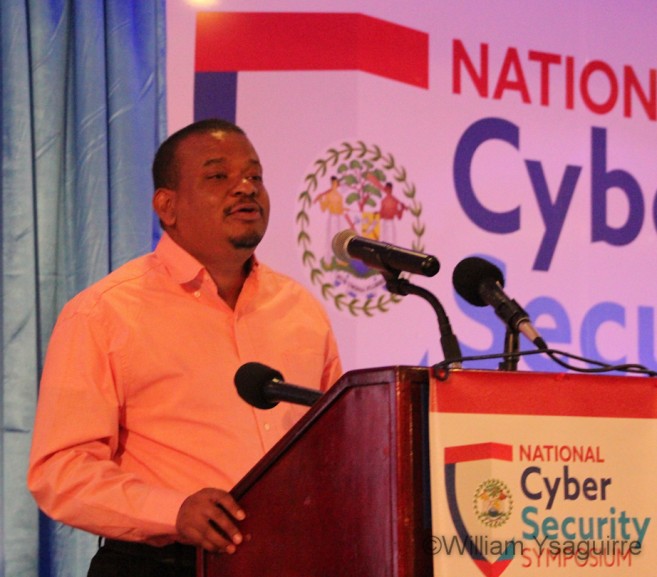 “Cyber security is everyone’s business,” affirmed Deputy Prime Minister Hon. Patrick Faber. Charge d’ Affaires Adrienne Galanek from the U.S. Embassy in Belmopan echoed his sentiments: “We’re all in this together. Cyber space knows no borders, and no one is immune to the threat of cybercrime or violence.”
Minister Faber vowed that the government would not drop the ball on this issue; as it proceeds to roll out e-government, with the digital delivery of government services over the Internet to Belizeans. E-government will offer Belizeans the ability to apply for drivers’ licenses, fishing licenses and hunting permits, land titles and birth certificates, and pay taxes and license fees online. This will greatly speed up government’s collection of revenue; but will need iron-clad Internet security to protect citizen’s private, personal information.

The Minister offered no timetable for when this complete package will become a reality, but Chief Technology Officer Mike Singh from the Office of the Prime Minister explained that the government’s Internet portal will be a one-stop shop, offering a host of services. He said all government entities will be able to access and share information across a secure interface, with no bottlenecks. The shared data will also make tax transactions easier to trace and audit. 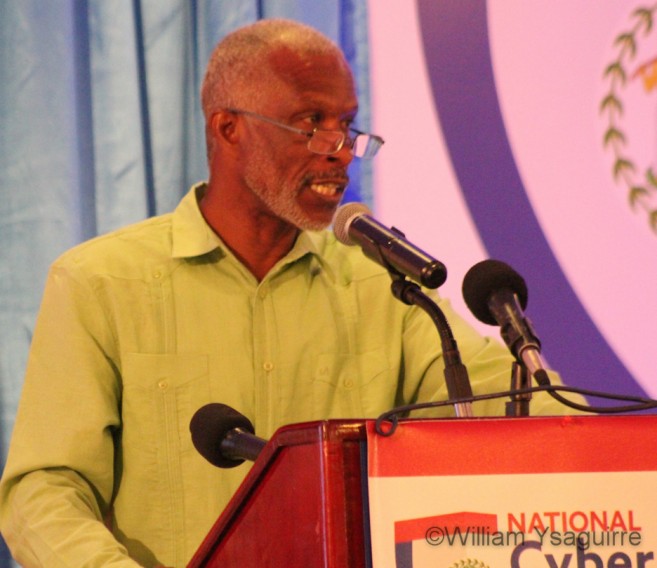 Special Envoy for Women and Children, Mrs. Kim Simplis-Barrrow expressed her concern about the recently publicized cases of cyber-bullying and of under-age teens exposed in Facebook posts. She advocated: “Social media platforms and chatrooms have become the new hunting ground for pedophiles, rapists and human trafficking. The Internet is being used as a vehicle for gender-based violence and we’re ill-prepared legally and otherwise to effectively address these issues.”

P.U.C. Chairman John Avery and Chief Executive Officer George Lovell in the Ministry of Home Affairs were also present, as the issue demanded a full court press from all government agencies.