The Belize National Teachers’ Union (BNTU) has informed the Government of Belize (GOB) that it plans to go on a nationwide strike if they cease to allocate funds to the Senate Special Select Committee. In a letter from Prime Minister Dean Barrow to the clerk of the National Assembly in early August, the PM stated that disbursement of funds to the Committee would discontinue after November of this year. 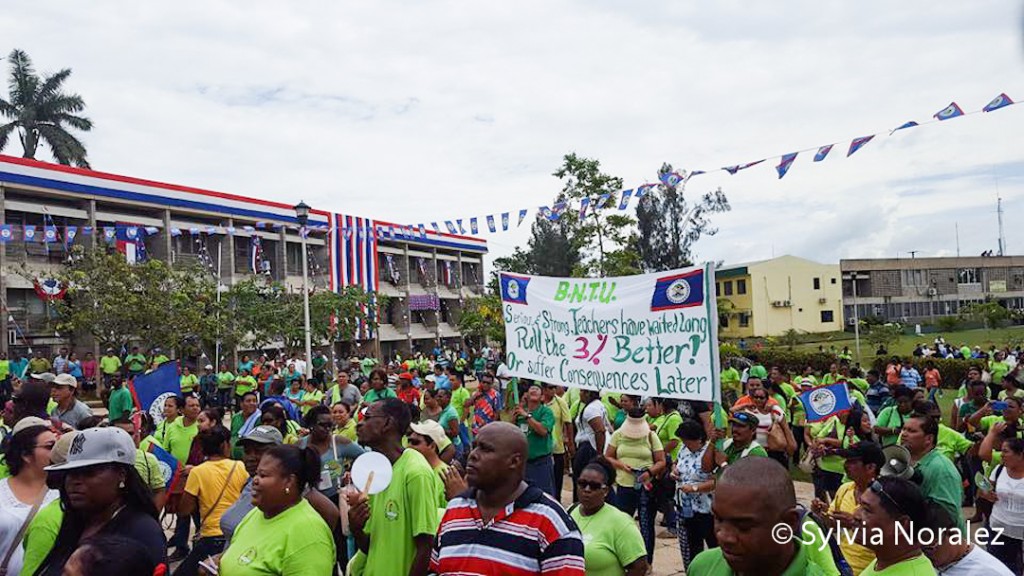 The instructions from Barrow state that after Government makes two more supplementary payments of $165,552 the committee will no longer receive additional funding. The note explains that GOB cannot afford to fund the Committee after November. Prime Minister Barrow stated that government is hard-pressed to find extra budgetary allocations to fund the newly reconstituted Integrity Commission and implementation of the United Nations Convention against Corruption (UNCAC) to which the county signed on December 9, 2016.
BNTU President Senator Elena Smith stated that they will not sit idly and allow the Committee investigation to be derailed before it comes to its natural conclusion. “We want to remind the Government that the strike from October 2016 remains ‘on hold,” she said. 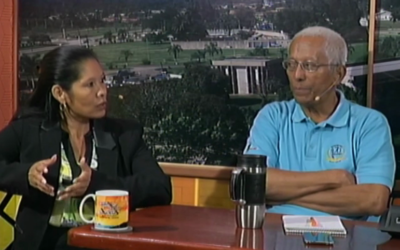 Last year the BNTU held a nationwide strike for several days, demanding better pay and good governance for the country following corruption scandals within the government. The organization brought up a set of demands during their negotiation with GOB, which included the immediate and necessary action to appoint the Special Select Committee to make a full and proper investigation into the scandals plaguing the country. Some of the other demands also included an urgent action by Belize to sign the UNCAC. While Barrow agreed to some of the requests, he did not accept the full demands of the BNTU.
The institution also noted that they remain vigilant and resolute that all must be investigated and revealed. “There are things that must be done, and if those things are not being done on time, then that is an option [to strike]. Industrial action is always an option,” Smith said.
Smith’s position was backed by Business Senator, Mark Lizarraga, who agreed that the Committee should be allowed to run its natural course. “The Prime Minister had acknowledged that there were incidents of wrongdoing in the Auditor General’s Special Report of the Immigration and Nationality Department,” said Lizarraga. “The Prime Minister also said that his Government accepted the responsibility.” Lizarraga went on to say that if Prime Minister Barrow was sincere about addressing the issues raised in the report, he would make the necessary allocations for the Committee to finish the work. “We need more oversight, not less, and that has to be a priority for anybody who is serious about bringing about change in this country,” said Lizarraga.
The announcement by GOB that they do not count with funds to continue funding the Committee’s investigation is being questioned by both the BNTU and Lizarraga. According to them, the Government did not make any budgetary allocations for the UNCAC in the 2017/2018 national budget. “It is questionable, because the Committee’s budget, for some reason, was cut from $100,000 to $50,000 this year,” said Lizarraga.
As the BNTU and its supporters continue to advocate for the hearings to continue, there are others who believe that hearings should come to an end after November. Church Senator Ashley Rocke said that the investigation has run its course and should have its work completed by November if the Senators work diligently. “It was tailored on the premise that someone in Immigration had stolen visa foils and sold them. I think we were able to find the culprits,” said Rocke.
Rocke’s statement mirrored those of Committee Chairman, Aldo Salazar, who indicated that a year was enough for the Committee’s investigation. “I have no problem with the funding coming to an end, because of the work the Committee began in November of last year,” said Salazar.
As the BNTU awaits a response from GOB on whether it will continue funding the Senate Committee, the hearings will continue as scheduled every Wednesday. The investigation has called up to twenty witnesses and plans to call several more, including Minister of Immigration Godwin Hulse and Auditor General Dorothy Bradley.
The next Senate hearing has been scheduled for Wednesday, September 27th at the National Assembly in Belmopan City.