« Older: Final Update on the 2018 Re-registration of Electors Exercise
Newer: » Unveiling of the Architectural Design of the Proposed Ministry of Foreign Affairs Headquarters Building in Belmopan


The Guatemalan territorial claim on Belize continues aggressively, as the neighboring country continues to promote their rights over Belizean territory. The Guatemalan government has on several occasions openly stated that they do not recognize borders between both countries and remains to include Belize annexed to their map in official propaganda and documents. The most recent incident involves an advertisement posted on their government’s official Facebook account, showing Belize as part of Guatemala, while samples of their new designs for drivers’ licenses also include Belize as an additional Guatemalan department. The issue is expected to be resolved at the International Court of Justice (ICJ) if citizens of both countries vote to take the matter there via a referendum. Guatemala held its referendum in April of this year voting to take the claim to the ICJ, while Belize will hold its referendum in April of 2019. 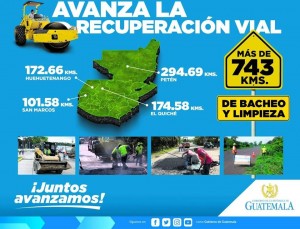 The increasing portrayal of Belize in Guatemalan maps has become bolder since current president Jimmy Morales came into office in 2016. He maintains that his country’s Constitution states that Belize is Guatemalan territory and that he as the Executive must promote ways for the reincorporation of Belize. The latest advertisement promotes Morales’ works in the upgrading of highways and roads to link rural areas and improve the trade between them. The official banner clearly shows Belize as a Guatemalan department with legends featuring the extension of the new infrastructure done throughout that country.
The map is not only on official advertisements, but it will now be on the new driver’s licenses that became effective on October 1st. The new licenses will include new designs, including a map of Guatemala with Belize hovering alongside on the right-hand side of the card.
The Government of Belize has not released a protest note given these recent acts. 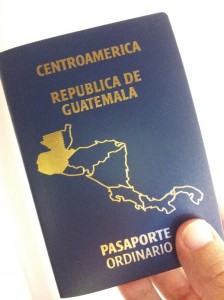 This is not the first time Guatemala has included Belize as part of their territory. In April of 2013, it was revealed that that Guatemalan passport included all of Belize in their highlighted maps with a mere dotted line dividing both countries. Prime Minister Dean Barrow expressed his concerns over the depiction on the Guatemalan passport but stated that the neighboring country did not intend to change it. The Ministry of Immigration made it clear that they were not going to accept the passport as legitimate. They said that Guatemalans bearing such passports would be asked to use the bio-data from the passport to prepare an entry permit they would have to pay for. In their passports’ cover Belize is not included in their highlighted map; however, they still include the dotted line dividing both countries.
His Excellence Alexis Rosado, Belize’s Ambassador to Guatemala, has commented that even though Belizeans do not like the depictions, ‘Guatemala has a position, and they do not recognize that there is a boundary.’ It is for this reason that Rosado urges Belizeans to vote in favor of taking the territorial dispute to the ICJ so Guatemala can stop claiming Belize. Rosado is currently engaged in a nationwide education campaign on the upcoming referendum where Belizeans will be called to the polls to vote in favor or against having the ICJ resolve the long-standing Guatemalan claim on Belize.
If Belizeans agree to take the issue to the ICJ, the matter will take up to five years or even more before a verdict can be delivered. Once the ICJ takes a decision, its order is final and cannot be appealed by any of the parties involved.

BTB says Karen Bevans is no longer their director of tourism

New Fire Station Headquarters to be Constructed in Belize City