The Vital Statistics Unit in Belize City, where every Belizean citizen gets a birth certificate and other documents of identification, has come under scrutiny after thousands of Belizeans complained they could not get their birth papers. The issue has prompted the Leader of the Opposition and People’s United Party (PUP), Honourable John Briceño to protest on the ongoing problem in a show of support for the affected citizens. Not only are they unable to get their documents, but they also cannot complete their re-registration process to vote on the upcoming International Court of Justice (ICJ) referendum, scheduled for April 10, 2019. 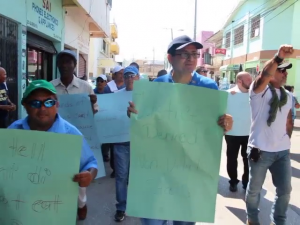 On Monday, February 18th, Briceño along with other PUP Area Representatives descended on the Vital Statistics Unit to protest the problem affecting thousands of Belizeans. They were joined by many of the citizens that cannot get their documents, holding placards denouncing the alleged inefficiency of the said institution. Briceño noted that there is great frustration across Belize. “We need to fix what is happening,” said Briceño. “It is ridiculous, we are going to spend millions of dollars for the ICJ referendum, and thousands of Belizeans will not be able to vote.” The many affected citizens present at the protest shared with the media that they are having a difficult time getting their birth papers. They stated that if they get them, they usually have errors, while in other instances others must make multiple trips to the city, only to travel back home empty-handed. The PUP Area Representatives expressed their sentiments indicating that their supporters have been disenfranchised by the inefficiency and incompetence of the Vital Statistics Unit. 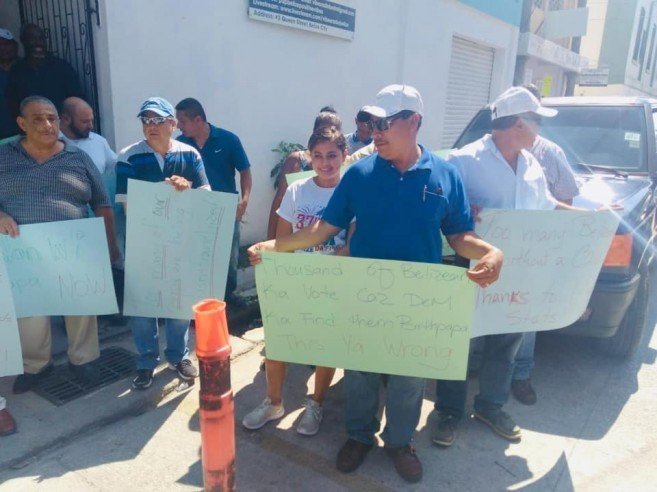 Briceño called on the Government of Belize (GOB) to address the issue immediately and delay the ICJ referendum. GOB’s response came via a press release on Tuesday, February 19th, condemning the acts of the PUP, accusing them of disuniting and encouraging a frenzy of paranoia and conspiracy in the Belizean people. The protest was also described as a tool in furthering PUP’s anti-ICJ campaign. The press release also indicated that the government is aware of the problems within the Vital Statistics Unit and has made efforts to improve the Unit’s performance. According to the official note, recent efforts were made to restructure and streamline the Unit, including terminating staff found to be corrupt or incompetent and hiring new staff. 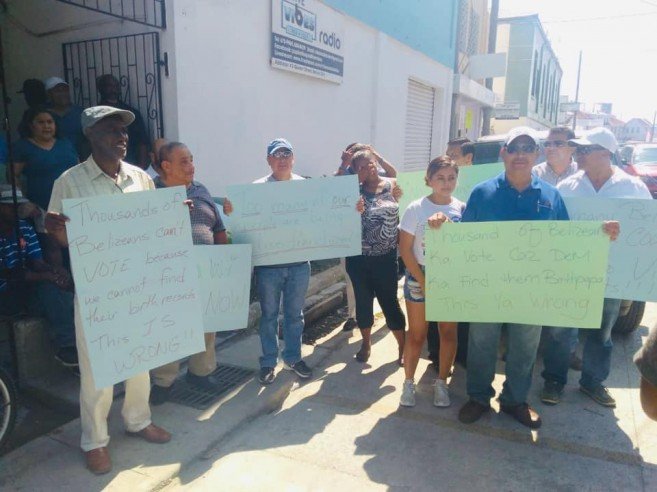 There have been training sessions for clerks and overseeing an overhaul of the management structure and systems in place. The government claims that the Unit’s facility has been upgraded to improve better staff working conditions and public ease in accessing its services. 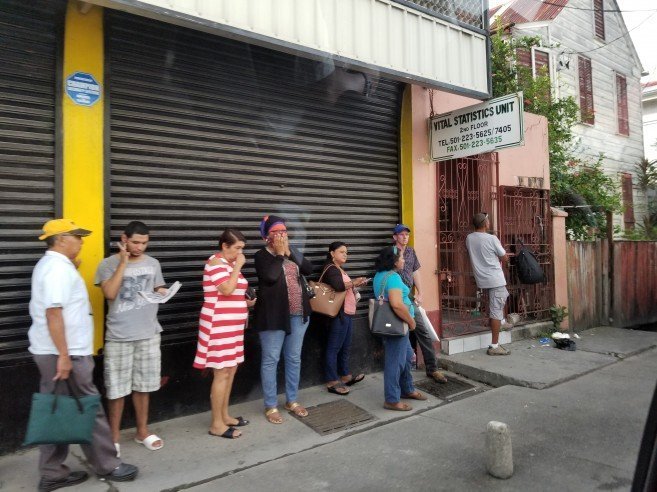 GOB seems to have no intentions in delaying the referendum and instead asks Belizeans to continue collaborating with Vital Statistics Unit. The government further reminded the general public via the Elections and Boundaries Department that a new cut-off date for accepting applications for registration has been scheduled. The new date has been moved from March 10th to March 12th. This change became necessary because March 10th is a Sunday and March 11th is a holiday- National Heroes and Benefactors Day.

Speaker Woods joins presiding officers at an extraordinary meeting of FOPREL in Rabat, Kingdom of Morocco

Handing Over of Water Catchment System for Nago Bank Cooperative