Belmopan. August 15, 2019. The Government of Belize and the Government of the Republic of China (Taiwan) (RoC) signed a Letter of Intent (LOI) on August 15th, in Taipei, Taiwan, to engage in the negotiation of a Partial Scope Agreement (PSA) with the objective of formalizing trade relations between the two countries. The LOI resulted from a full week of discussions and engagement with RoC officials and the Belize delegation from the Ministry of Investment, Trade and Commerce. 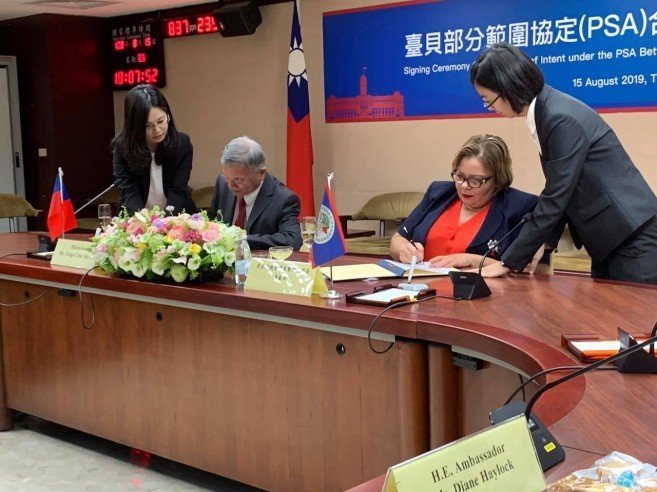 The LOI clearly lays out the nature of the agreement as being only partial in its scope of product coverage and should conform to the rules of trade under the auspices of the World Trade Organization (WTO). It also recognizes Belize’s obligations to the CARICOM-CSME under the Revised Treaty of Chaguaramas including the CSME. 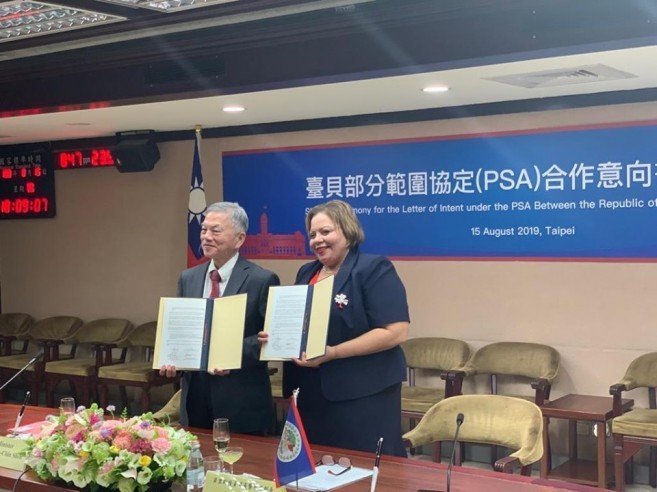 There is also a commitment that the PSA should provide for acceptable benefits to both parties and that its content and context should seek to promote economic development through investment and trade. This should be supported by a targeted agenda for cooperation to be pursued by the RoC to strengthen Belize’s capacity in key areas of product development, food safety and standards. 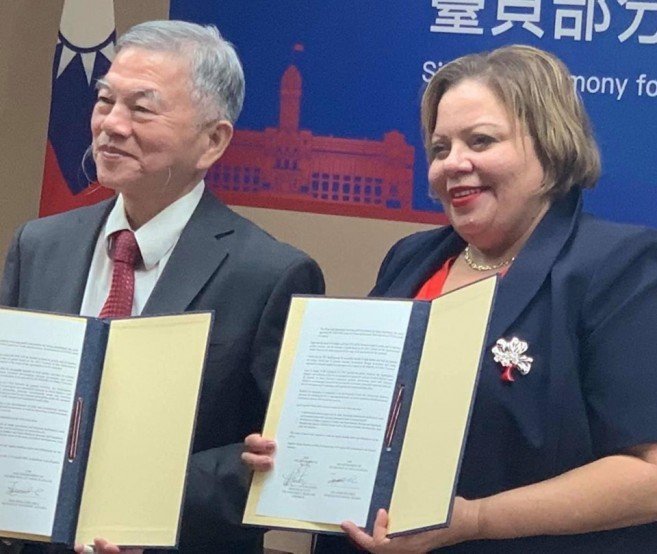 The LOI also provides for the finalization, signature and ratification of the PSA and is contingent on a successful outcome of the negotiations, in which Belize’s and Taiwan’s constraints, interests, development needs and external obligations are adequately considered and addressed. It is not, however, intended to create any legally binding rights and obligations on the parties. 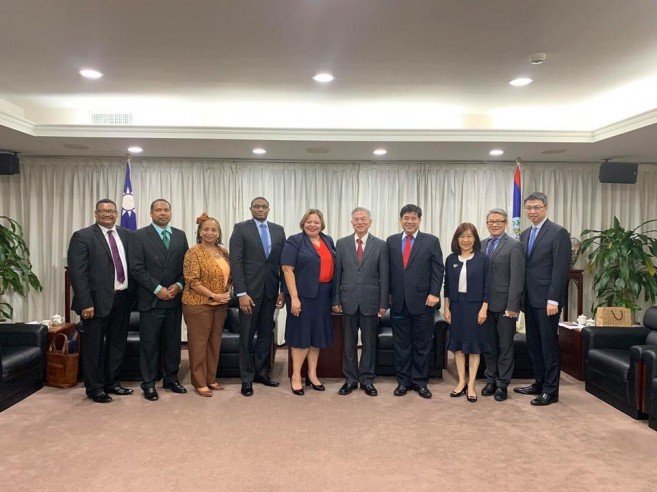 The Belize delegation was headed by the Honourable Tracy Taegar-Panton, Minister of State with responsibility for Investment, Trade and Commerce. She was accompanied by the Chief Executive Officer in the Ministry, Mr. Duane Belisle; the Director General for Foreign Trade, Mr. Andy Sutherland; and the Executive Director of BELTRAIDE, Dr. Leroy Almendarez.