Home » Business & Economy » Government » Marco Gonzalez Maya Site, the only established National Park on a Belizean island, closed due to no GOB funding

« Older: Changes in the Pump Price of Fuel Products
Newer: » Belize on an Economic Activity Decline

Marco Gonzalez Maya Site, the only established National Park on a Belizean island, closed due to no GOB funding


Islanders have known about the Marco Gonzalez archeological site for decades, but with the ruins tucked deep within forbidding mangrove marsh, only grave robbers braved the biting insects, slithery creatures, and fierce flora to unearth and make off with priceless relics. It was first explored by archaeologists in the 1980’s, but it wasn’t until 2009 that long-time resident Janet Brown spearheaded a project and long-term plan to preserve and celebrate the cultural significance of this hidden treasure. Over the next ten years, the Marco Gonzalez Non-Profit group slowly unveiled the remains of the ancient site from the grips of her wild habitat when limited excavation began. Excited archaeologists and their students unearthed a history more than 2,000 years old, discovering pottery fragments and artifacts dating back to an estimated 100B.C along with burial sites, complete with human skeletons buried with jars, bowls, and jewelry. Over the next decade, the site grew to be a popular destination for tourists, scholars, scientists, birders, and classrooms. In 2011 Marco Gonzalez earned the distinction of being the first Maya Site National Park to be established on a Belizean island. Sadly, due to a lack of funding from the Government of Belize, the Marco Gonzalez Board of Directors were forced to close the site on July 1, 2019. 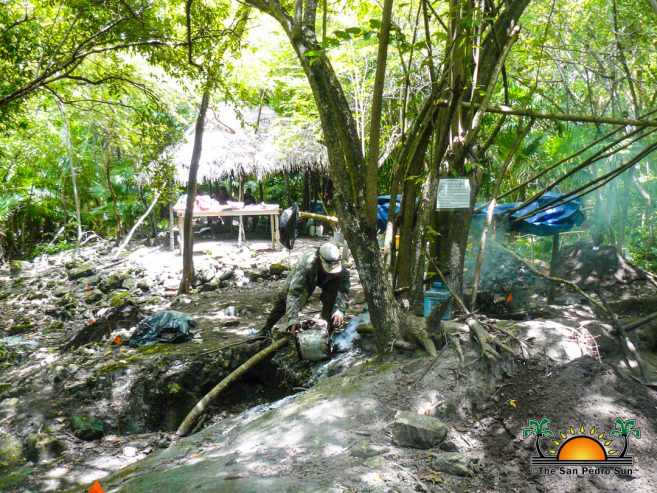 According to Brown, who serves as the site manager, a meeting with the Government of Belize’s (GOB) Institute of Archaeology (IoA) in late June promised that they would finally include Marco Gonzalez in their national budget. A tour through the site with the IoA Director, Parks Manager and President of National Institute of Culture and History (NICH) followed on July 3rd. Brown was assured that IoA would find a solution. Six months later, with no reply to countless phone calls, texts and emails appealing for an update, the Board of Directors had no choice but to close the site due to lack of funding.
“During the past ten years, the Marco Gonzalez Archaeological Site hosted 4,448 visitors, 277 educational visitors, two Spring Equinox and two Summer Solstice celebrations, three International Archaeological Day events for the school children (over 1,100 attending), three international field schools/excavations, two public exhibitions, a six-month exhibit at San Pedro House of Culture and a three-year grant program of ‘Ambassadors to the Past’ offering classroom education and local school field trips to Marco. There have been guests from National Geographic and Belize TV stations, as well as celebrities on private tours,” explained a heartbroken Brown. “Land was purchased through private funds where the construction of a Visitors Center/Educational Center would showcase items found at the site and an education space for local children to learn about their Maya history. To the side of that was planned a “Maya Village” with huts for the local Maya to show and sell their wares. A new two-block road to the sea and a pier would have allowed Tour Guides to bring in tons of visitors. Land was to be donated for the Tour Guide Association to build a palapa for guests to rest and eat before continuing their tours and for the guides to bring people in for beach BBQ’s. An “eco-lodge” was even thought about by a developer. I personally donated the large building behind the office to house equipment and hold educational events. Without funding from the Government of Belize, IoA and the National Institute of Culture and History, the site will sit dormant, returning to the jungle it was when I first saw it in 2008. Unthinking people will again thief the Maya heritage there and the boardwalk will become unsafe to walk on.” 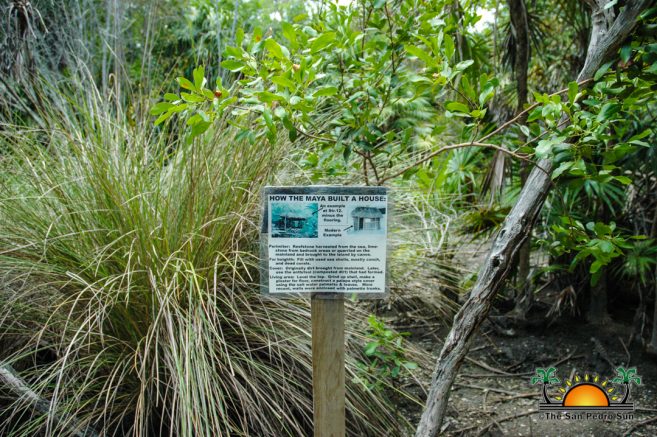 Tamara Sniffin, chairwoman of the San Pedro Belize Tourism Industry Association (SPBTIA) commented on the closing of the archeological site. “This is sad news for the entire island for many reasons. Most importantly, as a part of our cultural heritage, it’s essential that it is preserved for future generations to learn about and understand the amazing history of our island and her Maya ancestry. As the first and only registered Maya Site National Park to be established on a Belizean island, this area is one of our most popular land activities for our tourists and one that birders flock to as well. I often recommended it to visitors who asked about land activities, but sadly this is no longer an option. The modest entrance fee to visit the site just wasn’t enough to maintain the grounds and pay an attendant. It is a vital part of our tourism experience here on Ambergris Caye and it deserves funding and attention from the Government of Belize.” 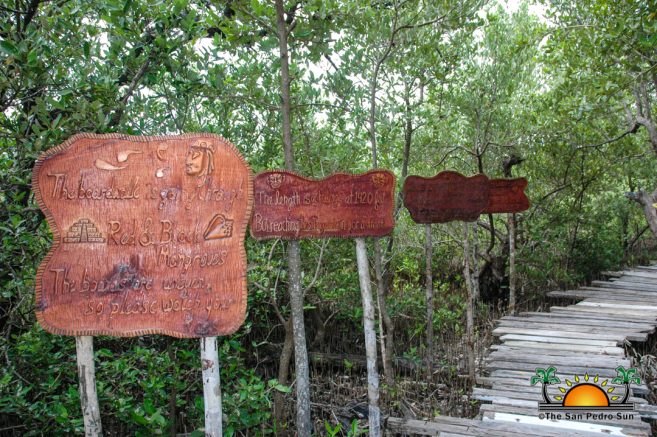 At one time Ambergris Caye served as a trading post for an estimated 20,000 Maya residents dating back more than 2,000 years ago. Today, what remains of this indigenous population is some 20 in-situ Maya sites along the expanse of our 25-mile-long island, and archaeological excavations provide amazing insight into the lives of those who lived here centuries ago. Archeologists speculate that Marco Gonzalez was a trade center, with the main item being salt, believed to have been shipped to the Bay Islands in Honduras and to the Yucatan peninsula and the Gulf Coasts of Campeche and Tabasco, Mexico. Evidence of trading from other Maya sites on the mainland such as Lamanai, some 113 nautical miles away to as far as the volcanic areas of Mexico City suggest these ancient residents conducted business with the Aztec as well. 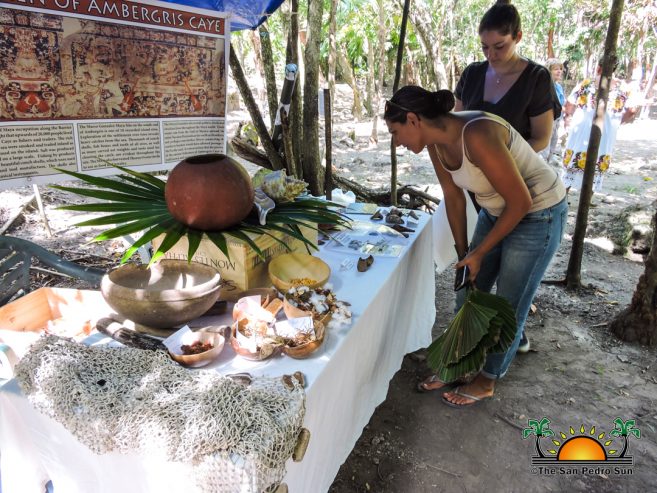