« Older: LIV Summit of the Heads of State and Government of the Central American Integration System (SICA)
Newer: » 2020 brings another increase in Social Security Contribution Rates

2016 Ruling on Section 53 upheld by Court of Appeals


In a momentous ruling on Monday, December 30th, 2019, the Belize Court of Appeal upheld Chief Justice Honorable Kenneth Benjamin’s ruling which de-criminalized same sex intercourse under consent. The appeal case stemmed from Section 53 of the Belize Constitution, which stated that “Every person who has carnal intercourse against the order of nature with any person or animal shall be liable to imprisonment for ten years.” Both the decisions by the Appeal Court and Honorable Benjamin’s original ruling from August 2016 state that Section 53 violates the constitutional rights of a person and as such “this section shall not apply to consensual sexual acts between adults in private.” 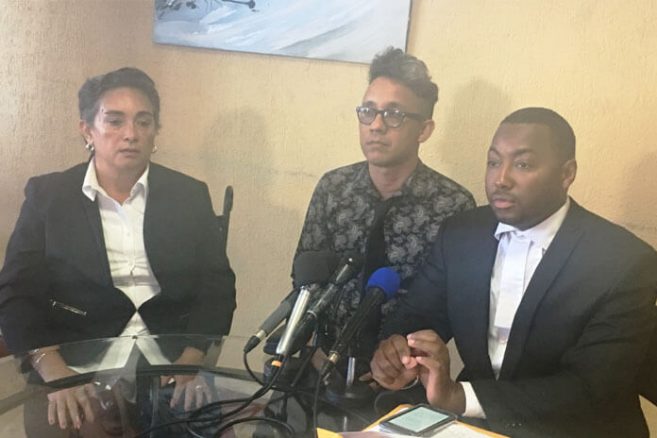 The case against the controversial Section 53 was first brought before the courts in 2013, when Lesbian, Gay, Bisexual, Transgender, Intersex , and Questioning (LGBTIQ) rights activist Caleb Orozco, of the United Belize Advocacy Movement (UNIBAM), challenged the court with a lawsuit, claiming that Belize’s constitution infringes the right to human dignity, personal privacy, right to equality before the law, equal protection of the law and freedom from discrimination. Attorney Westmin James, and Attorney for UNIBAM, Lisa Shoman represented him. Following the first ruling on the case, an appeal was brought through the office of the Attorney General. According to the Attorney General, the religious community along with the Government of Belize were concerned that Honorable Benjamin’s ruling changed the meaning of the word “sex” in the Constitution of Belize to reflect the need to clarify sexual orientation.
When handing down their decision, the Appeal Court stated that Section 53 of the Criminal Code is in violation of Sections 3, 6, 12, 14 and 16 of the Belize Constitution; sections which refer to the freedom of expression and the dignity and equality of all persons before the law. Responding to the ruling, the Human Dignity Trust immediately issued a press release stating “Importantly, Justice Samuel Lungole-Awich stated unequivocally in today’s judgment that the Constitutional prohibition on sex discrimination includes sexual orientation discrimination, and that this “‘gives the word sex in Section 3 and 16 of the Constitution a purposive and generous meaning for protecting human rights. Accordingly, we hold that Section 53 of the Criminal Code is a law that discriminates on the basis of sex…and is void to that extent. We hope the government will accept the Court’s decision and focus its full attention now on eradicating discrimination against all marginalized groups in Belize”.
During a press conference held at the Bliss Center for the Performing Arts on December 30, 2019, Orozco said “In the decision in 2016, the sky did not fall on the population that opposes us. Once the population realized that the sky would not fall then there is no need for any addition reaction and that is proof of that has happened today. Separately, the litigation opens up a conversation to everybody as citizens. As citizens, we are in the frontline in defending the democratic institutions that we create to uphold the human right of every citizen and it begs the questions to what extent are our civil concerns as citizens are to be taken away by the state without a challenge. What I have proven is whether you are a sex worker, LGBT, marginalized woman, persons with diverse ability, a person experiencing domestic violence, you can take an issue to court and get redress. But what is clear in this process that even in this decision, I am quite clear that the Attorney General office will not get up and automatically start revising laws of this decision.”
The Office of the Attorney General is yet to release an official response to the appeal ruling.