The Association of Justices of the Peace and Commissioners of the Supreme Court are at odds with the Immigration Department and the Ministry of the Attorney General (AG). The issue includes a proposed Statutory Instrument (SI) regarding changes in the passport applications which exclude the input of Justices of the Peace (JPs). The association is also unhappy with the AG, who continues to appoint new JPs without consulting and informing them. 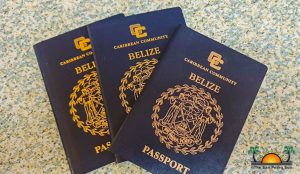 These concerns were expressed at the Association’s 19th Annual General Meeting on Sunday, January 26th. The immigration SI, which is expected to come into effect in early February is considered a disrespectful move because the JP Association was not consulted. President of the JPs Association Honourable and Senior Justice of the Peace Adrian Danny Madrid told The San Pedro Sun that they requested a copy of the SI but never received a reply from the Immigration Ministry. “I thought this was the opportune time to discuss the SI with our members,” said Madrid.
Madrid explained that usually when someone is applying for or renewing their passport, they must get a recommendation from a JP, followed by one from a public servant like a teacher. The new change in the passport application forms will exclude the mandated JP recommendation and anyone else knowing the applicant is qualified to recommend him or her. Madrid understands that one of the reasons is due to corruption, as some JPs charge people for their services and recommend people for passport applications they don’t even know. “I know corruption is an issue, but I can tell you that in our association, we have good, reliable and well-disciplined members,” said Madrid. Madrid indicated that the association is there to work with everyone but does not like the fact that they are not consulted, thus, they cannot support this new amendment to the passport application process. 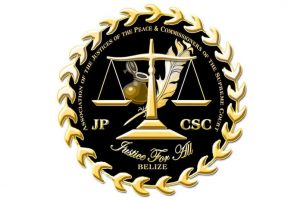 Another issue raised was the appointing of JPs by the Ministry of the AG without involving the national association. “The JP Act 2005 states that the association should be informed of newly appointed JPs, but the AG’s Ministry continues to disrespect us by appointing JPs randomly without consulting or informing us,” said Madrid. He added that some JPs are politically appointed and do not go through the association’s screening process. According to him, at the moment there is not an exact account of how many JPs are there in Belize, because many do not get appointed through the national association.
Madrid hopes that they can soon meet with the AG and the Ministry of Immigration to try and clarify this situation. They want to work together with these governmental agencies, but they do not understand why it was decided to bypass them when the Association of Justices of the Peace and Commissioners of the Supreme Court are believed to perform a vital service to the community and to the criminal justice system.