The Fiscal Year 2020/2021 budget was presented at the National Assembly Chamber in Belmopan on Thursday, March 5th. Prime Minister Dean Barrow dubbed it his “swan song”; as it was his final budget presentation as Prime Minister. Named “Making Every Dollar Count”, the budget proposed that spending an investment will amount to BZ$1.3 billion, plus BZ$109 million for capital projects. BZ$540.5 million was allotted for public officer salaries whereby Barrow said, “It is this year’s investment in personal emoluments for all our fourteen thousand public officers, police and military personnel; all our teacher, nurses, doctors and every last person who serves our citizens, and, of course, the approximately one thousand pensioners we look after in their post-service life.” However, Prime Minister Barrow presented his swan song to only his supporters, as Leader of the Opposition, Honorable John Briceno, and his supporters walked out of the building mere minutes before Barrow started his presentation. 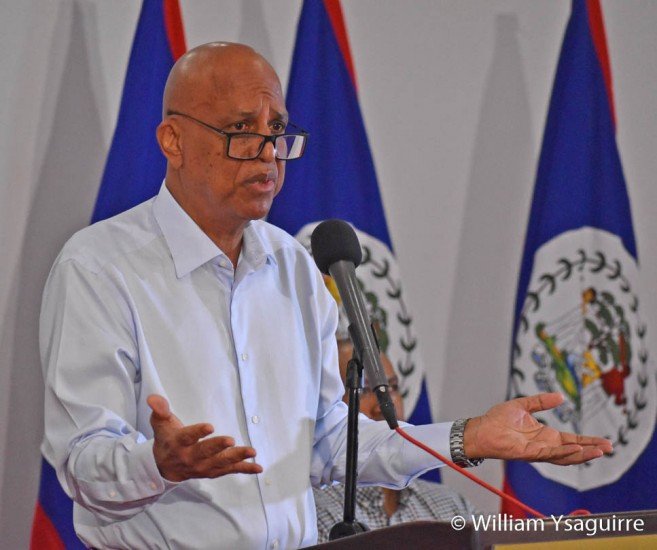 The walkout is a result of the no confidence motion that was presented on February 26th, not being debated prior to the budget presentation. The motion was filed in response to Barrow being found guilty of violating the constitution by Chief Justice Kenneth Benjamin in a historic ruling on January 31st, finding that he spent public funds of upwards to BZ$1.5 billion without first getting parliamentary approval. John Saldivar’s rapid fall from Party Leader to disgraced minister because of his involvement in the ongoing Lev Derman trial also served as basis for the no confidence motion; since evidence presented in the Utah court found that he had accepted monies from the fraudster on multiple occasions, despite his denials otherwise. Briceno told Channel 5 News that, “the prime minister was elected on a platform of transparency and accountability and ending corruption and today we have the most corrupt government and a prime minister that continues to abuse the constitution at will and that has to come to an end. We cannot to govern the way we have been doing before and that is the point that we are making today.” Immediately after Barrow finished his budget presentation, Briceno and his supporters returned inside to resume the meeting. The budget will be further debated on Thursday, March 19th and Friday, March 20th.
As it pertains to Ambergris Caye the budget states that, “Belize Electricity Limited with financing from the Caribbean Development is investing over BZ$14 million in a Seventh Power Project.” This project has two goals: reducing greenhouse gas emissions and improving the supply of Caye Caulker, and the installation of 10.4 km of a 46-kV submarine connection to link Caye Caulker to Ambergris Caye. The project is scheduled for competition before the year ends. Belize Water Services with financing from the Caribbean Developmental Bank is investing over BZ$17 million into a Third Water Project, which will expand the water supply on Ambergris Caye. This includes the purchased shares of Consolidated Water Belize Limited and the expansion of the existing water treatment plant. The budget also outlines that this investment will be for used for, “…retrofit the San Pedro water and sewage system; supply and installation of water distribution pipelines; water transmission mains; sewage collection pipelines; water and sewerage connections; and supply and installation of a 41 kW photovoltaic generation system.” This project is scheduled for completion in 2021 and should adequately meet the demand for water on Ambergris Caye, especially during peak seasons.