On Saturday, May 7th, Mexico’s President Andres Manuel Lopez Obrador made an official visit to Belize. His visit to the Jewel was short, but he managed to accomplish the penning of several agreements after meeting with Prime Minister Honourable Dr. John Briceño. The encounter between the two leaders sealed agreements on agricultural development, trade, and tourism. 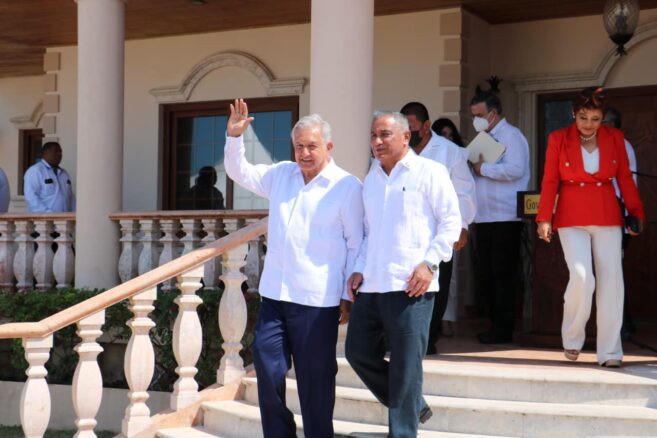 After Obrador arrived at the Philip Goldson International Airport after 11:30AM, he was escorted to the Belize City, where he and his delegation met with Prime Minister Briceño at the Edward Laing Building. After a short bilateral meeting, both leaders provided statements to the media present. They confirmed that both countries’ ministers of foreign affairs (Hon. Eamon Courtenay and Marcelo Ebrard) had signed a document to implement the Sowing Life project in Belize. This agricultural program will benefit rural producers with training and the introduction of agro-silvo-pastoral production systems. This program also aims to contribute to food security and job creation. Recently, Belize has begun to export cattle to Mexico, and efforts will continue to further facilitate this trade between both countries. 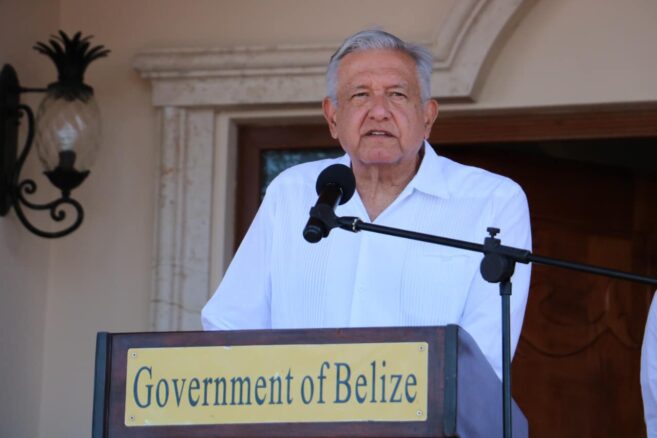 There were also talks about the development of “Escuela México” programme of support for three educational institutions specializing in technical vocation. With these additions, there will be a total of four Mexico Schools in Belize since there is currently one campus in the Corozal District. While in tourism, the parties agreed to explore the feasibility of linking the ‘Maya Train‘ intercity rail system in southeastern Mexico with northern Belize. Another topic discussed was the strengthening of air connectivity between the two countries. Negotiations are to resume regarding a past Air Transport Agreement to promote tourism and economic flows. 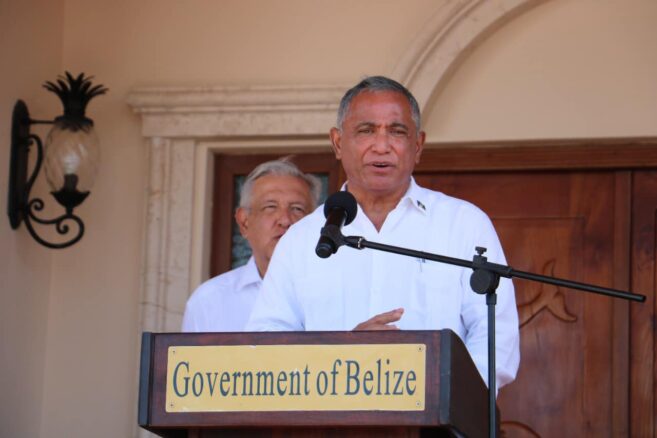 No import taxes for Belizean products into Mexico

President Obrador stated that to support the trade and productive sector in Belize, Mexico will no longer charge import taxes on Belizean products. This is to reduce the costs of exporting products such as rice, livestock, and other primary staples to the giant neighbor consisting of over 100 million people. In the area of infrastructure, both parties agreed to exchange experiences in the construction of strategic infrastructure to develop the manufacturing and the other regions like the tourism sector. 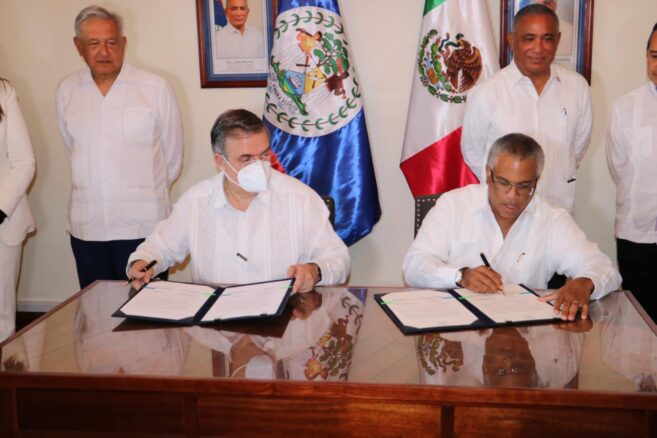 Prime Minister Briceño described Mexico as Belize’s big brother, who stands ready to support the Jewel. Briceño reiterated his government’s commitment to deepening the relationship at all levels with Mexico to increase opportunities and better the lives of Belizeans and Mexicans. 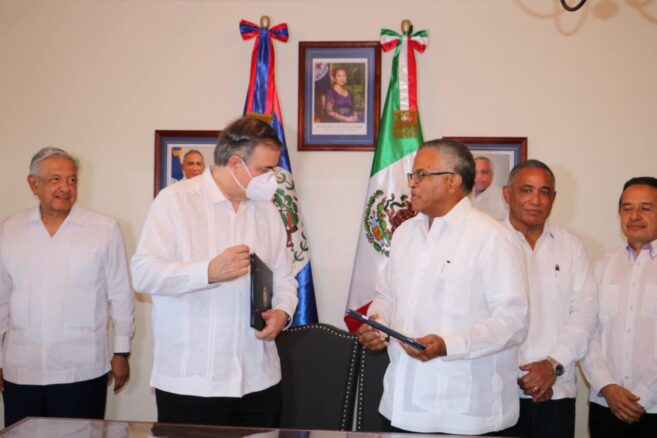 President Obrador headed back to the PGIA and flew out of the country enroute for Cuba after the brief presentation. He will end his five-day tour in Cuba, which started in Guatemala on Thursday, May 5th, and included visits to El Salvador and Honduras before Belize. 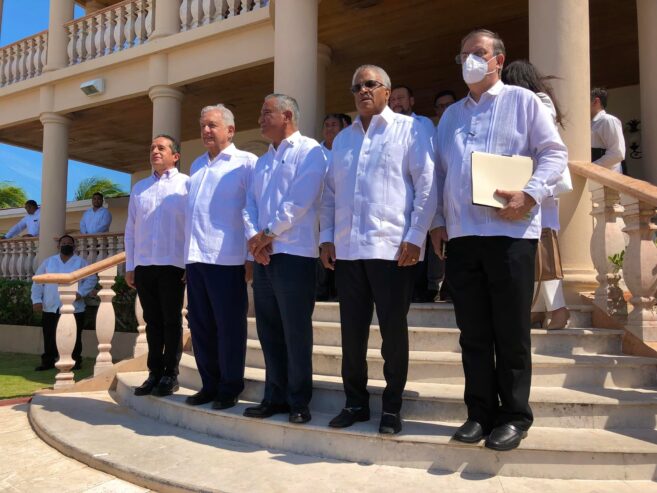 This visit is the third meeting between President Obrador and Prime Minister Briceño. The last time both met was during Briceño’s visit to Mexico in September 2021 to participate in the VI Summit of Heads of State and Government of the Community of Latin American and the Caribbean States in Mexico City. The visit also coincided with the commemorative events of the Independence of Mexico. Furthermore, Briceño was the guest of honor at the ceremony of the 256th anniversary of the birth of José María Morelos y Pavón, held in the state of Morelos. 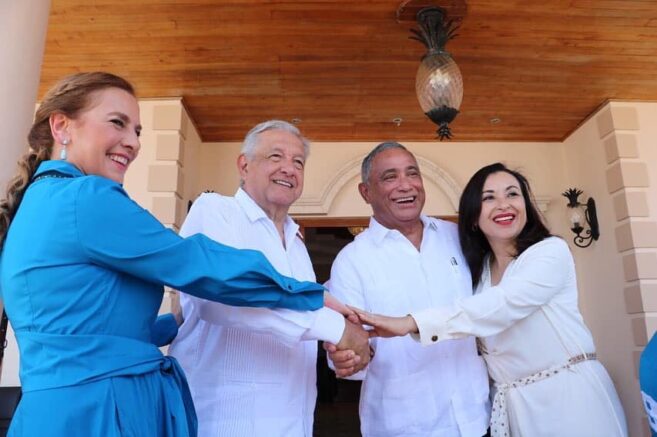 Mexico and Belize have developed a constructive relationship as neighbors and friends for more than 40 years since diplomatic relations were established in 1981.