On Friday, June 3rd, Prime Minister Honourable Dr. John Briceño announced the delivery of Belize’s counter-memorial to the Guatemalan claim on Belize to the Registrar of the International Court of Justice (ICJ) in The Hague, a city in the Netherlands in Europe. The next step requires Guatemala to submit its reply to Belize’s counter-memorial by December 2022. Belize will then have until June 2023 to submit another response known as a rejoinder. Afterward, the ICJ will set a date for the oral hearings. 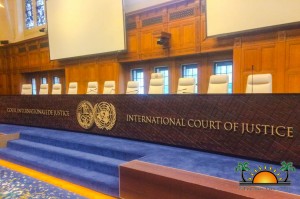 The counter-memorial was due June 8th, but the Belizean team was satisfied with the documents and submitted them ahead of the due date. No details were given of the counter-memorials or the documentation disputing the Guatemalan claim, but the government said it is a robust response to Guatemala’s memorial submitted in December 2020. The Belizean submission is said to be a strong defense of Belize’s sovereignty over its entire territory, including islands and the pertaining maritime areas in accordance with international law. 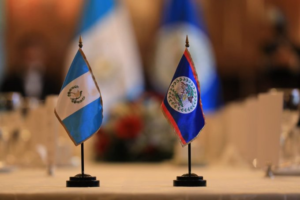 The territorial claim by Guatemala over Belize is primarily based on the Boundary Treaty signed in 1859 between Great Britain and Guatemala. According to the Guatemalan government, the treaty indicated a cart road be constructed by the British connecting Guatemala City to the Caribbean coast through Belize. According to them, that road was never built. They claim that the British offered 50,000 Sterling Pounds to Guatemala to construct the road, but the funds were never made available. As a result, in 1946, the Guatemalan Government declared the treaty null and void and demanded the return of Belizean territory.

Although the agreement was a boundary treaty, Guatemalan government officials claim the 1859 Treaty was of cession. This will be one of the main arguments at the ICJ when the oral hearings begin sometime in 2024.

The Belize-Guatemala territorial dispute reached the ICJ following national referendums held in both countries. Belizeans and Guatemalans were asked to approve a proposition to settle the long-standing dispute at the ICJ. Guatemala held its referendum in 2018 and Belize in 2019. Despite some hurdles along the process, for example in Belize where a ‘NO’ vote campaign was pushed, in the end, the ‘YES’ vote won.

Mayor returns from working visit in Trinidad and Tobago