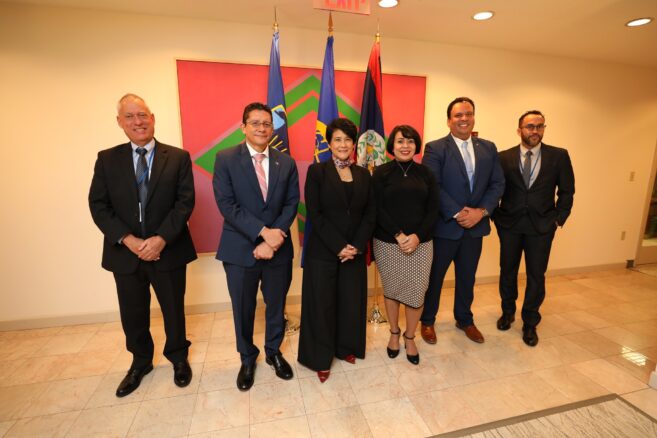 The Belize delegation held a series of meetings with senior representatives from the International Monetary Fund (IMF), the World Bank, the International Finance Corporation (IFC), the Inter-American Development Bank (IDB) Group including IDB Invest and IDB Lab, the Millennium Challenge Corporation (MCC), and the Organization for Economic Corporation & Development (OECD) Development Assistance Committee. The delegation also met with senior representatives from the U.S. Treasury and the Office of Comptroller of Currency and held a bilateral meeting with Hon. Vicky Ford, MP, UK Minister of State for Development in the Foreign, Commonwealth & Development Office. 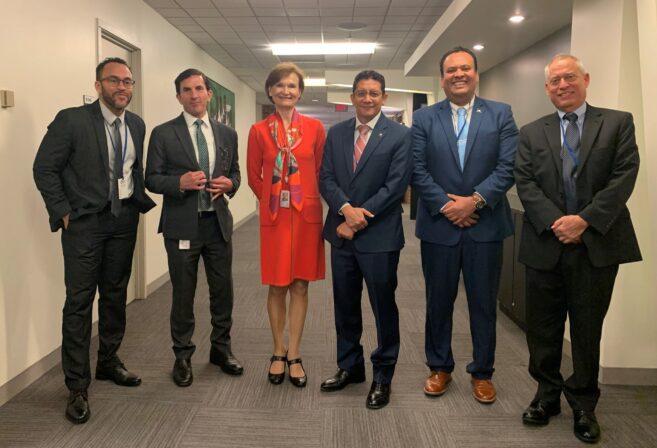 The objectives of the mission were to (i) build deeper relationships between Belize and its various multilateral and bilateral partners; (ii) update its partners on Belize’s strong economic recovery and transformation; (iii) address ongoing challenges including correspondent banking relationships and financial de-risking; (iv) advocate for timely access to concessionary development and climate finance at scale for Belize and other small vulnerable states with a view to achieving climate and economic resiliency; (v) emphasize national priorities, including education, MSME support, energy/electricity costs, poverty alleviation, climate resiliency building and debt sustainability; (vi) discuss ongoing and pipeline projects; and (vii) enlist further support of its partners, by way of financial and technical assistance, to address government’s priorities and progress its Plan Belize initiatives. 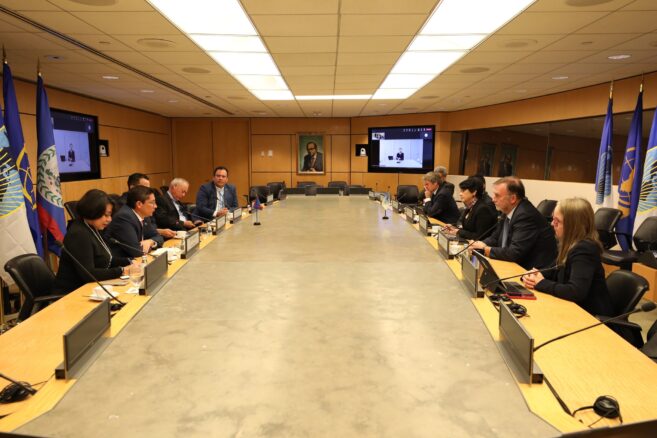 During the IMF Caribbean Ministerial Meeting, Minister Coye gave remarks on Belize’s experience with accessing climate finance. Similarly, in a meeting with the IDB President, the delegation spoke about public and private sector investments and the potential for the IDB Invest group to partner with academia on research and development. The World Bank and IFC meetings also highlighted pertinent topics for Belize, including achieving energy independence and security through renewable energy, climate resilience and food security. Lastly, in a meeting with the MCC, the delegation discussed education and electricity costs as key priority areas to be targeted under this initiative.
Belize’s delegation was well-received by all its multilateral and bilateral partners who endorsed the stellar efforts of the Briceño administration in advancing national priorities. On behalf of the government and people of Belize, Minister Coye expressed his appreciation to all partners for their willingness to provide future financial and technical resources in key development areas.