Home » Health » San Pedro AIDS Commission continues to lead in the Fight against HIV/AIDS on the island.

San Pedro AIDS Commission continues to lead in the Fight against HIV/AIDS on the island. 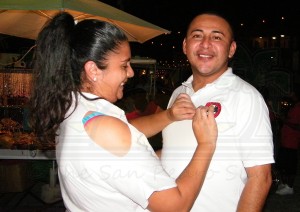 Throughout the month of November, committees and organizations around the country of Belize and the world engage in activities focusing on the fight against HIV/AIDS. The activities lead up to December 1st, a day set aside internationally to be observed as World AIDS Day. The day provides an opportunity for individuals to unite in the fight against HIV/AIDS, to show support for persons living with HIV/AIDS as well as to memorialize loved ones who have passed.

As part of their activities leading to December 1st, Commission members took to the San Pedro High School on Friday, November 30th where they shared the Red Ribbon with both faculty and students at the institution. Apart from sharing the ribbon, the team also provided informative pamphlets on HIV/AIDS as well as an explanation about the significance of the Red Ribbon. 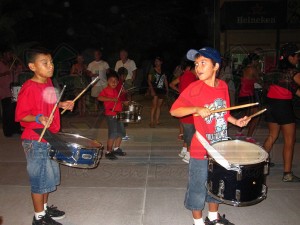 As has been done for the past eleven years, on December 1st, the date set aside to observe World AIDS Day – the group spearheaded the 12th annual Solidarity Walk. The walk, commencing sharply at 6PM, and led by the Isla Bonita Elementary School’s Marching Band, took observers through the major streets of town, culminating at the Central Park.
The activities continued on Sunday December 2nd as the general public was invited to attend the annual World AIDS Day Fair held yearly at the Central Park. While commission members provided food for sale, attendees were invited to receive accurate information on the HIV Virus and AIDS. Apart from providing information, professionals from the Ministry of Health were on hand to offer free and confidential, rapid HIV testing.

The all day fair started in the mid morning and went through to mid afternoon and at the end, 83 individuals became aware of their HIV Status. Testing activities, such as the one organized here in San Pedro, serve to build HIV awareness and include the promotion of a culture of tolerance and respect for gender equity and furthers the effect of the “One Response”. 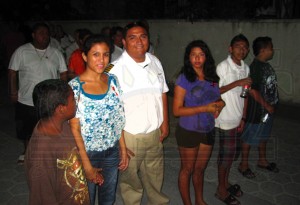 In a press release issued on World Aids Day the National Aids Commission NAC – Belize’s key player in the fight against HIV/AIDS stated, “In 2012, significant achievements were made in key HIV strategy development and research through the making of Belize’s HIV Strategic Plan 2012-16, accompanying Operational Plan and the Behavioral Surveillance Survey (BSS) of key affected populations. Despite these accomplishments, much work has yet to be done in the further development and implementation of laws, policies and regulatory frameworks that help reduce stigma, increased access to HIV support services and sustainability. The recent preliminary findings of the BSS provide a wealth of information to revolutionize and engender evidence-based and targeted social and behavior change programs to promote the mainstreaming of HIV services towards sustainability. We look to the year 2013 as the year for strategic and targeted behavior change among

the newly identified most vulnerable groups in the HIV response.In recognizing the strengths and limitations of partners within the HIV response and collectively agreeing on the next steps, we continue to move ahead together. World AIDS Day, on December 1st, reminds us that we are living in a world of HIV/AIDS where we are all vulnerable and thus stakeholders. In a spirit of collaboration, protection, and respect we unite towards a common goal of “Getting to Zero: Zero New Infections, Zero Discrimination and Zero Deaths related to AIDS.”