Three schools in the Belize Rural School now boast newly renovated bathroom facilities. San Pedro Roman Catholic School (SPRC), New Horizon Seventh Day Adventist (SDA) and Caye Caulker Roman Catholic School were handed over the keys of their newly renovated bathrooms courtesy of the United Nations Children’s Fund (UNICEF). The renovation of the bathrooms was a project under the Quality Child Friendly School initiative currently being implemented in the primary education system in Belize.
On Wednesday November 27th and Thursday November 28th, officials from UNICEF and the Ministry of Education toured the schools where they held small inauguration ceremonies for the three different new facilities.

Speaking at the opening of the bathroom at SPRCS on Thursday, Ian Yerovi, UNICEF Representative in Belize stressed on the importance of having proper, clean bathrooms. He said that idea of the bathroom came last year when UNICEF launched a global campaign in primary schools promoting the washing of hands. Yerovi also spoke of the importance of the Quality Child Friendly School program explaining that UNICEF would like to see all schools be a Quality Child Friendly School where all the necessary facilities are in place for creating a healthy learning environment. 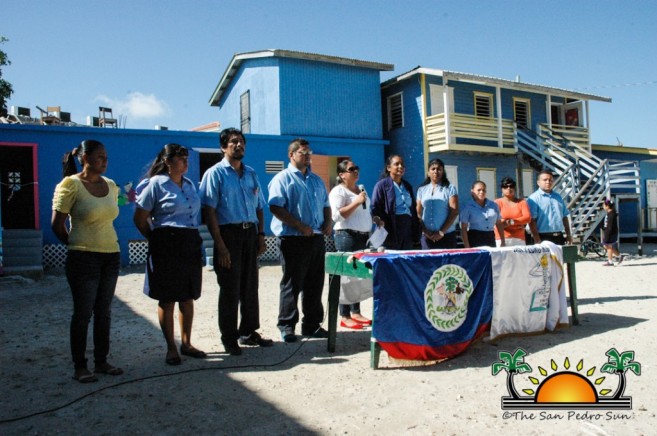 For his part, Mayor of San Pedro Daniel Guerrero explained that the San Pedro Town Council has been working with all the schools on the island ensuring that they can address the many needs of the various learning institutions. He took the opportunity to highlight that the students and the wider population must have civic pride and should show more appreciation and care for things given to the community. 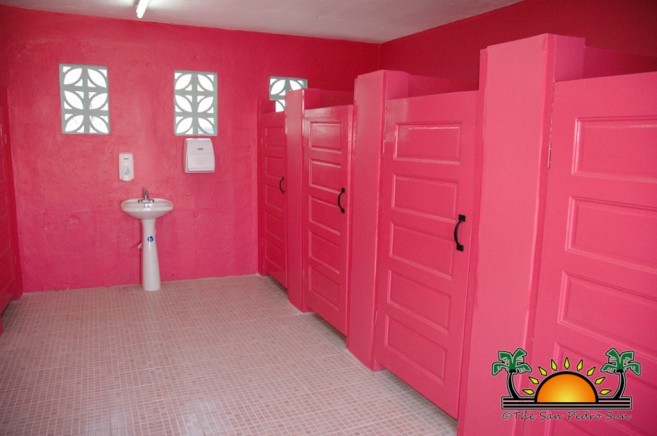 According to the management of the SPRC, since the Quality Child Friendly School project was launched in 2012, there has been gradual improvement at the school, with their primary focus being on the school children. Both the parents and teachers expressed gratitude to UNICEF for the donation of the bathroom since that was a primary concern expressed by the students.
Following the inauguration at the SPRC, a similar event took place later in the afternoon at the New Horizon SDA School. UNICEF representatives said that the three schools are the first in the country to be recipients of financial support through the Quality Child Friendly School initiative.