Mothers sue KHMH for the wrongful death their babies


Ten months after 13 babies died at the Karl Heusner Memorial Hospital (KHMH) due to the health facility’s negligence, five mothers have filed a lawsuit. Between the months of April and May of 2013, 13 newborns died due to a bacterial outbreak (enerobacter cloace) in the intensive care unit, causing public outcry and spurring an investigation by the World Health Organization. Claimants Marissa Cruz, Katricia Panting, Nichole Grinage, Kelsey Young and Georgiana Hernandez have retained the services of Attorney Kareem Musa and are suing for damages over the wrongful death of their babies.

Back in 2013, the newborns were initially deemed healthy, but died suddenly not more than 15 days after their birth. It was not until after the parents of the 13 deceased babies came to the media that KHMH explained what was going, prompting an investigation which found that it was negligence on the part of the health facility. According to Musa, the claim is seeking special damages for what he described as “gross negligence” on the part of the national referral hospital.
“I met with the mothers several times over the past year and we’ve been writing to the KHMH because we said that perhaps they might be willing to settle because this was a clear act—in my opinion—of gross negligence on the part of the hospital. So we made attempts to reach out to the KHMH, but at the end of the day, all attempts proved futile. We have requested the medical records, something as basic as that and the KHMH has not been forthcoming with that. I found that to be very insulting, disrespectful to these families that have lost their children,” outlined Musa. 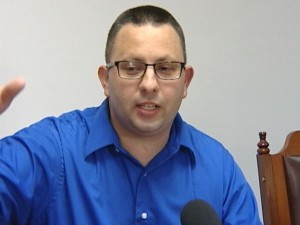 Adding to the insult, Musa claims the families then received medical bills from the hospital after they had lost their babies due to the hospital’s negligence. “We are seeking damages, both special and general. As you know, another insulting aspect of this case that keeps on coming up in the media, and what has certainly led to the women feeling disrespected, and has now resulted in them feeling angry, is that instead of assisting these ladies, the KHMH decided to send them a bill. Imagine, they sent them a bill saying you owe the hospital; you owe the hospital for our gross negligence, for killing your babies. That is what they were sent. So what we are seeking first of all is special damages. What did the mothers actually have to suffer? They had to suffer the cost of burying their newborns and that for each of them is approximately two thousand dollars. But that is not the extent of the claim, there is a lot of emotional distress; a lot of pain and suffering… Imagine the KHMH brought them in, had discussions with these ladies which led to nothing. So what was the purpose of all that? Again that is mental turmoil for these ladies to go there; expecting for something to happen and nothing did. They have not been compensated a cent,” explained Musa in a press conference in which he discussed the nature of the lawsuit.
Musa told the press that a defense will be filed shortly by the attorney of the KHMH and following that legal procedure, a date will be set by the court for trial. Musa said that of the 13 babies, he is representing five, and said that a sixth mother was also represented by another attorney from the law firm, but that person has settled with the KHMH out of court.

MED and Taiwanese Embassy Discuss Collaboration under IF Lab Project