Concerned residents have been reporting sightings of personnel from the Dr. Otto Rodriguez Polyclinic and Ministry of Health disposing of biomedical waste at the local dump site. The personnel have been observed burning the waste and burying it afterwards. Residents are alarmed by this practice, both for humans and the environment as the red-bagged medical waste is classified bio-hazardous, and can potentially lead to the spread of diseases. When the personnel of the polyclinic was questioned about their disposal methods, they claimed that they were all safe, legal, and to the knowledge of the San Pedro Town Council. 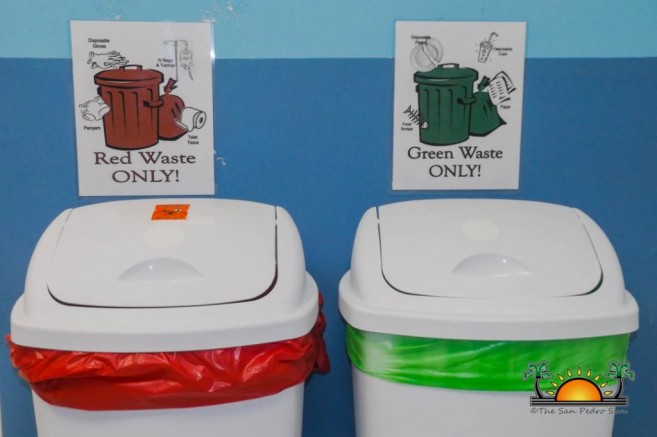 According to Owen Vellos, administrator at the Dr. Otto Rodriguez Polyclinic II, they deal with two types of waste, the green which is regular trash generated from the offices and other areas of the clinic and red waste. The green waste is picked up by the SPTC, but the ‘red’ which comprises of syringes and other items containing fluids such as blood have to be disposed of by the clinic. Presently the only place where they can make proper disposal of the ‘red’ waste is at the local dump, which has been approved by the SPTC. The disposal, according to Vellos, is done at least once a week and only one person is allowed to be near the bags that carry the waste. A specific area of the dump is selected where it is burned in a hole in order to get rid of any hazardous substances or pathogens; finally the burned waste is buried. The method is considered to be safe since its incineration helps to kill any bacteria or virus and the designation area warns anyone to stay away from it. Vellos also indicated that every time they visit the dump to do the disposal, the Town Board is notified so they are aware of it. 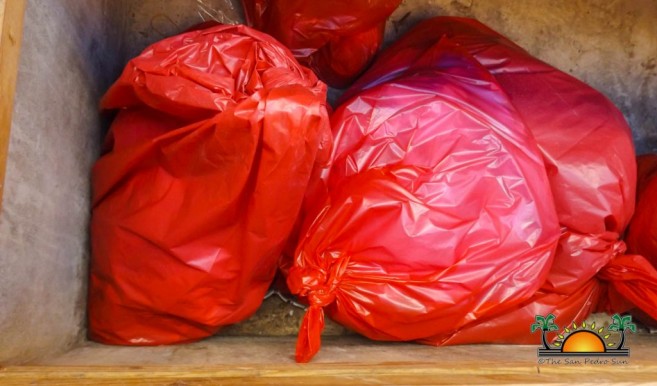 Mayor Daniel Guerrero stated that the methods have been the norm ever since San Pedro was a village. According to him, by law the medical waste needs to be disposed of, and that San Pedro has nowhere to do so except for the dump. “This is the best method to get rid of the waste at the moment, and according to personnel from the polyclinic, it does not have any impact on the environment because of the way they do it. That practice will continue until we get the morgue along with an incinerator, which we will then use to dispose the medical waste. At the moment, we have to work with what we have and the health personnel are doing a good job,” said Guerrero. He expressed the efforts the SPTC is doing to soon come up with a morgue and an incinerator to be installed at the five acre property at the cemetery south of the island. In order to speed up the process, the SPTC is closely working with the U.S Embassy, the British High Commission and other organizations.
The morgue/incinerator building is expected to be built within international standards, with proper drainage and well equipped for the benefit of San Pedro Town.
The SPTC hopes to have the morgue and incinerator ready by the end of the year.

Your Beliefs and Attitudes and How They Affect Your Health