Belize has been officially recognized for eliminating measles, rubella and Congenital Rubella Syndrome (CRS). The Ministry of Health (MOE) shared the announcement from the Regions of the Americas via a press release on Tuesday, December 13th. 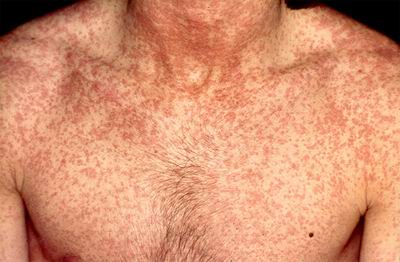 The recognition is based on evidence provided by the Measles-Rubella National Commissions (MRNC) and the review of the current epidemiological situation, which noted that the country has eliminated the disease, virus, and syndrome. In September 2016, Minister of Health Pablo Marin attended the 55th Directing Council of the Pan American Health Organization/World Health Organization (PAHO/WHO), where the declaration was first announced. Therefore, in recognition of the MOH’s excellence, they were given a second place award, and the declaration was signed by the members of the International Expert Committee of the MRNC.
Measles primarily affects children, and is one of the most contagious diseases that causes fever, rash, runny nose and red eyes. Rubella, which is commonly known as German measles, is caused by the rubella virus, which mostly affects the skin and lymph nodes. CRS is classified as a result of maternal infection, which develops physical abnormalities that have developed within the fetus during pregnancy.
The country has been free of measles since 1991, CRS in 1997, and rubella in 2001. Over the last 10 years, vaccination coverage against measles has improved to over 95%, making the vaccine available and free of cost throughout the country in all public and health facilities. According to the press release, before the mass vaccination initiated in 1980, measles caused nearly 2.6 million annual deaths worldwide. Recent studies have also estimated that 16,000 deaths and 3.2 million measles cases will have been prevented in the region because of vaccination between 2000 and 2020.
According to both PAHO/WHO, all countries must strengthen active surveillance to maintain immunity through their vaccination program to maintain the measles elimination efforts. In a collective aim to maintain a high immunity rate in country, the MOH commends committed health care providers and volunteers who consistently participate in surveillance of communicable diseases, reporting and investigating cases of concern across the country.
Measles is the fifth vaccine-preventable disease to be eliminated from the Americas, and now Belize is presently participating in the process to eradicate Polio from the Americas as well.