Paraguay was certified as having eliminated malaria from its territory in June of this year. Argentina is on track to obtain its certification in 2019, and Belize, Costa Rica, Ecuador, El Salvador, Mexico and Suriname are potentially on their way to achieving elimination by 2020. Other countries, however, have recorded an increase in the number of cases of malaria, which puts at risk achievement of the goals to reduce the number of cases, and eliminate the disease in the region by 2030. 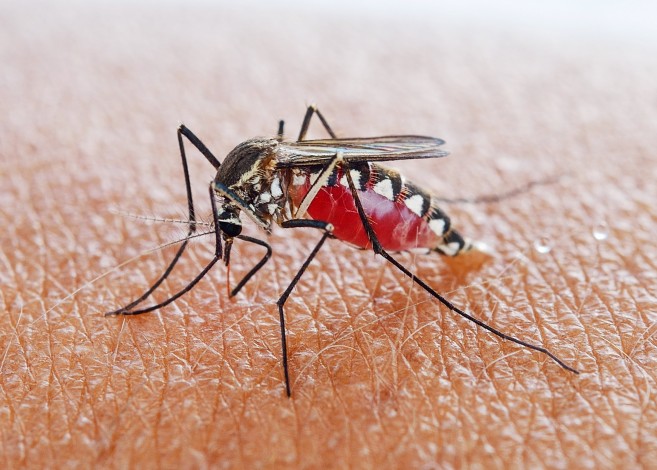 On the eve of Malaria Day in the Americas (6 November), the Pan American Health Organization (PAHO) urges countries of the region to take urgent action to halt the increase in cases, maintain achievements, and free the continent of malaria, a disease which, during the last century, was the leading cause of death in almost every nation in the world.
“Malaria elimination is now closer than ever,” said PAHO Director, Carissa F. Etienne. However, she also warned that “we cannot rely or relax on the actions already taken. Efforts must be stepped-up where incidences of the disease have increased,” she added.
Since 2015, cases of malaria in the Americas have increased by 71%. 95% of the total number of these cases are concentrated in five countries, mainly in specific areas where efforts against the disease have been weakened. Many of those affected are indigenous populations, people living in situations of vulnerability and mobile populations such as miners and migrants.
“If we want to eliminate malaria, we need to improve investment and expand access to prevention, diagnosis and timely treatment of the disease in communities where the most cases are concentrated,” said Marcos Espinal, Director of the Department of Communicable Diseases and Environmental Determinants of Health at PAHO.
Many countries in the Region are expanding their efforts to control and eliminate malaria with the support of PAHO, USAID and other partners. In 2013, the “Elimination of Malaria in Mesoamerica and the Island of Hispaniola” initiative was launched with the aim of eliminating malaria in 9 countries by 2020.
Since then, the Zero Malaria Alliance, launched in 2015, has joined the efforts to achieve this aim of eliminating the disease in two of these countries, Haiti and the Dominican Republic. This year, the Inter-American Development Bank (IDB), along with other collaborators and PAHO as the main technical partner, launched another initiative to accelerate efforts to eliminate malaria in Mesoamerica.
This week, PAHO will meet at its headquarters in Washington D.C. with members and representatives from the ten municipalities in the Region where the burden of the disease is most concentrated, to analyze best practices to help control malaria. Representatives from the municipalities of Cruzeiro do Sul (Brazil), Quibdo (Colombia), La Gomera (Guatemala), Les Anglais and Les Irois (Haiti), Puerto Lempira (Honduras), Puerto Cabezas (Nicaragua), Andoas (Peru) and Bermudez and Sifontes (Venezuela) are expected to attend.
On November 6, the Malaria Champion of the Americas Awards will also be honored. This year’s awardees include malaria control programs in two municipalities in Brazil (Alto Río Solimões y Machadinho D’Oeste), the Suriname Ministry of Health’s Malaria Program, and Paraguay’s Malaria Control Program for their efforts towards the elimination of the disease and prevention of its reemergence.
Malaria Day in the Americas was created by PAHO Member States during the 2008 Directing Council as an occasion to highlight the need to invest in the prevention and control of the disease in the Americas. It is estimated that regional efforts coordinated by PAHO and its partners have saved hundreds of lives by reducing mortality rates by 30% between 2000 and 2017.

Are disabled citizens being left behind in San Pedro?