One in six Belizeans have some form of chronic kidney disease, and as many as three out five Belizeans are at risk of developing the disease; according to an epidemiological survey done under the $2.2 Million two-year project to prevent and manage Chronic Kidney Disease (CKD). 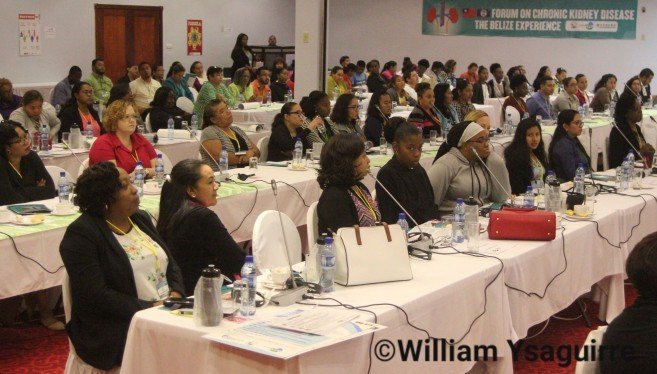 Taiwan’s International Cooperation Development Fund (ICDF) funded the project, which is being implemented by the Ministry of Health (MOH), with technical support from Taiwan’s Far Eastern Memorial Hospital (FEMH), and ICDF Project Manager John Lin. The findings were presented at a two-day forum on CDK held at the Ramada Princess Hotel in Belize City on Thursday and Friday, January 24th and 25th. 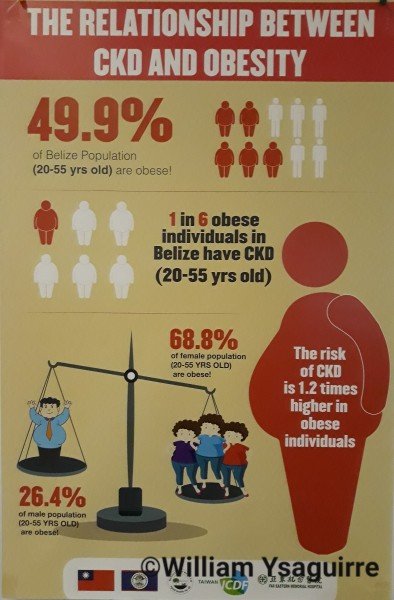 Public education on the risk factors is key to controlling the disease in Belize, the MOH kidney specialists advised. FEMH kidney disease specialists have been helping MOH to treat Belizean kidney patients from October 2015, and the Ministry hosted the forum to celebrate the completion of the two-year health cooperation project with FEMH. 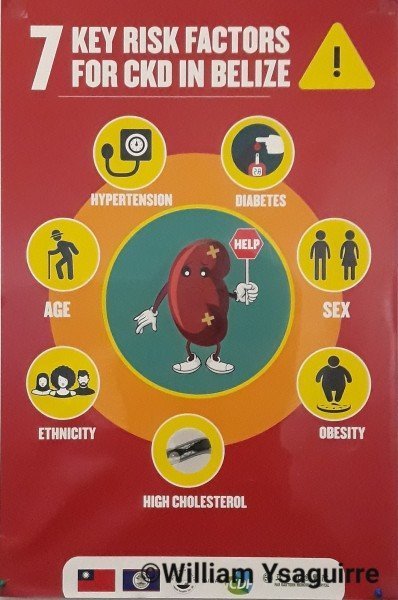 The need to educate the public is urgent, as MOH numbers show that 60% –three out of five Belizeans are overweight or obese. These risk factors can lead to hypertension and high blood pressure, which can, in turn, lead to diabetes, which is a gateway disease for kidney disease. Drug abuse – alcohol, ibuprofen or aspirin use, magnify this risk, and any sepsis or blood poisoning resulting from infection through disease or surgery can also damage kidney functions. Belizeans are among the highest consumers of alcohol in the region, on average imbibing 30 liters of alcohol per person annually. 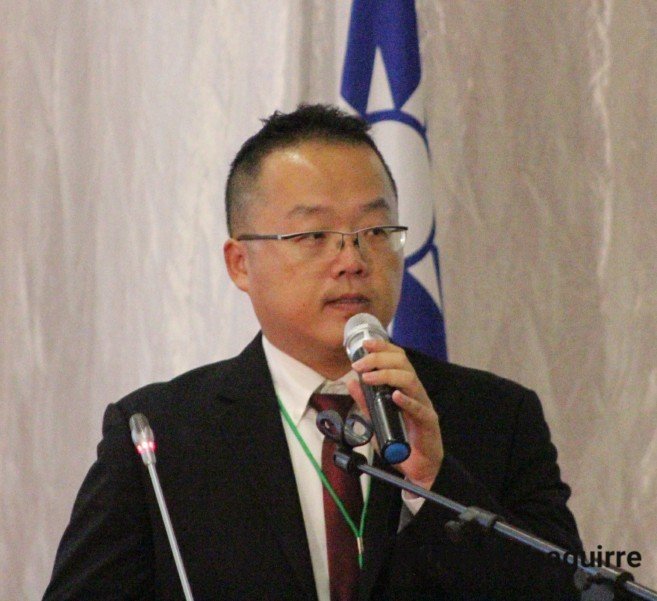 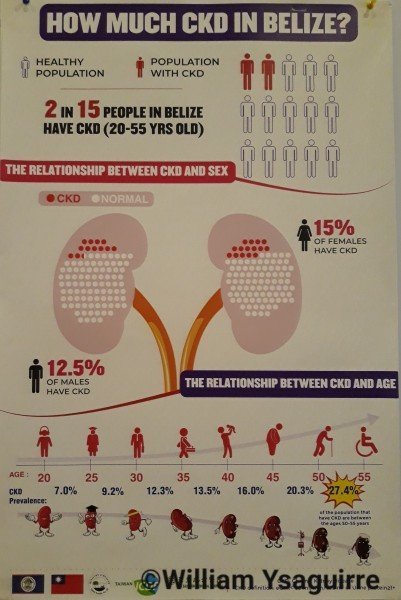 There are many warning signs that a person may be suffering from kidney disease. These include foamy urine, blood in the urine and waking up two or more time in the night to urinate, dry and itchy skin, swollen legs, a paleness in the inner part of the eyelids, poor appetite, shortness of breath and fatigue, and trouble in concentrating. Anyone experiencing any of these symptoms should get a medical check-up to screen for the possibility of renal disease. If detected early, the disease can be managed through proper diet and exercise, to avoid the end-stage disease, where the patient will need dialysis or a kidney transplant. 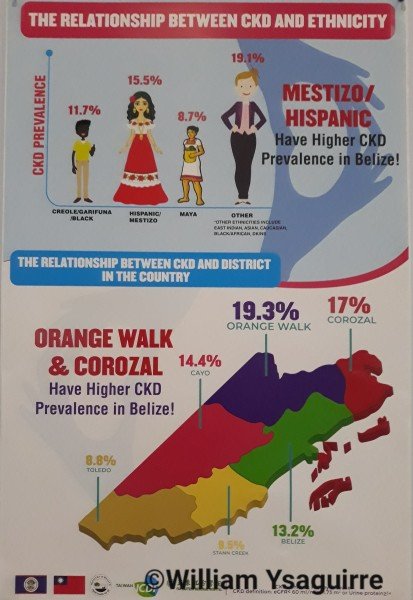 To prevent kidney disease, the doctors recommend that Belizeans should drink more water, avoid sugary drinks like carbonated soft drinks, and eliminate all smoking and alcohol consumption. Eat at least two fruits and vegetables per day, and cut down on both sugar and salt in your food. Get up off the couch, and start exercising, by jogging or riding a bicycle for 30 minutes each day, and get a full medical check-up at least once per year. Patients already diagnosed with hypertension or diabetes should get a check-up once per month. 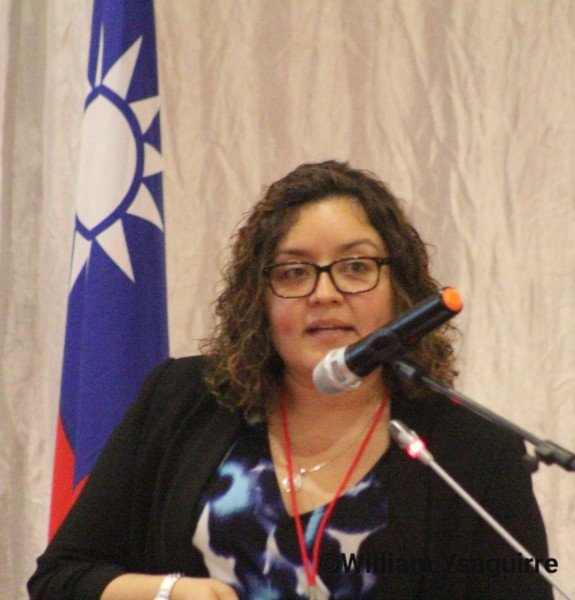 MOH has been trying to bring down the cost of dialysis for patients with end-stage renal disease (ESRD), but the cost of treatment is not cheap. So the Ministry welcomed the assistance of Taiwan’s International Cooperation in Development Fund which kicked in US$2.2 Million for a “Capacity Building Project for the Prevention and Control of Chronic Renal Failure in Belize,” and an agreement implementing the project was signed in February 2016. The project provided for two Belizean doctors: Dr. Glenford Jones of the K.H.M.H. and Dr. Marvin Camal of the La Loma Luz Adventist Hospital in Santa Elena, Cayo, to be trained at Far Eastern Memorial in Taiwan, and also for nine nurses – five from the K.H.M.H. and four from Loma Luz to be trained in nephrology care and to be certified as Registered Dialysis Nurses. To date, 17 Belizean nurses have been trained and certified under the program, affirmed Chief Executive Officer Dr. Ramon Figueroa. 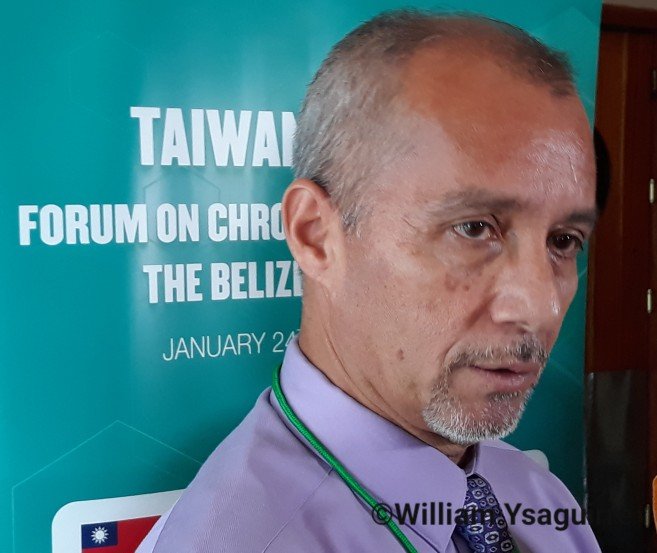 The Ministry of Health also received the gift of 100 dialysis machines from Far Eastern Memorial Hospital in May 2016. The Project also provided for the creation of a CKD Information System, to complement MOH’s Belize Health Information System (BHIS), by which patients information has been digitized into an electronic format which can be more easily shared with all hospitals, polyclinics and health centers throughout the country, making patients’ medical records readily available to doctors in any part of the country. 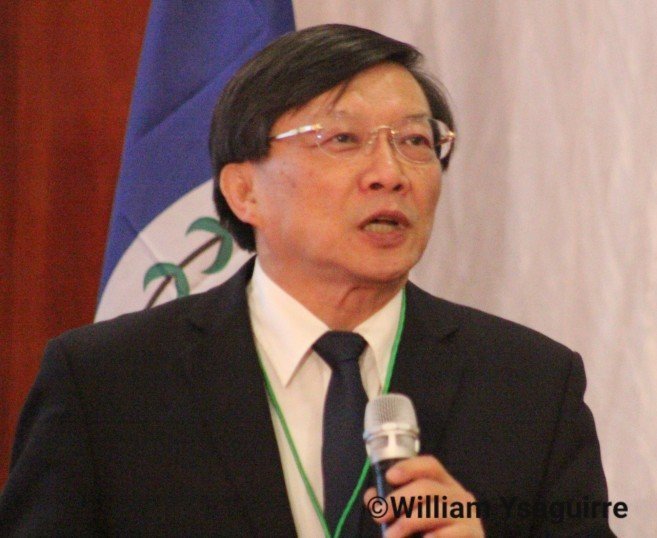 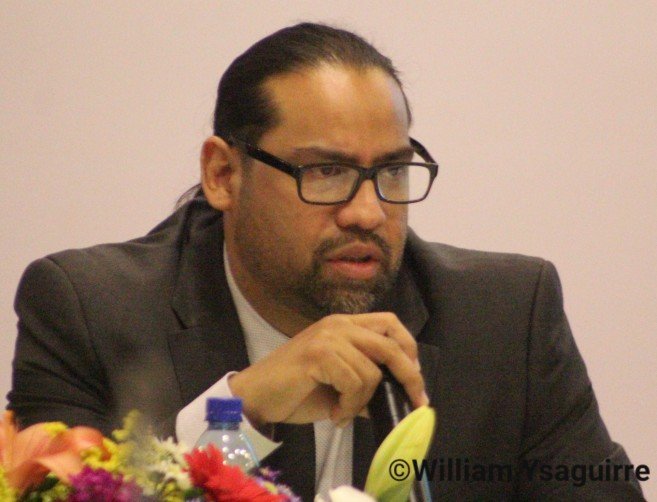 Other health partners from Central America and the Caribbean also shared their experiences and achievements, including Dr. Ruben Galeas from Honduras, Dr. Raymonde Rohan from St. Kitts and Nevis, Dr. Christina Urey Aguirre from Nicaragua, Dr. Maria Alejandra Oliva of Guatemala, and Oscar Itch of the Belize Kidney Association. 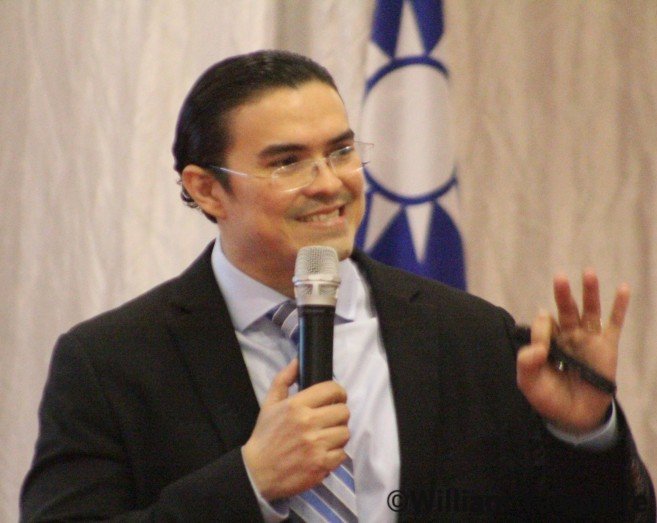 Taiwan’s Ambassador to Belize, H.E. Remus Li-Kuo Chen also addressed the opening of the conference, noting happily that this year marks the 30th anniversary of Belize’s diplomatic relations with Taiwan, which has provided such a bounty of benefits to both countries. He heralded that this conference would only serve to kick-off a series of further cooperation activities between our two nations and continuing our strong and robust friendship.

Minister of State of Health Hon. Angel Campos took the occasion to honor community health workers who are implementing the education program at an awards ceremony on Thursday afternoon.

The government of Belize to expand Hemodialysis Program