San Pedro Town is one of the municipalities across the country that was the recipient of exercise equipment from the Ministry of Health. The donation was a joint effort with the Embassy of Taiwan in Belize to promote a healthy lifestyle. The equipment will be installed in a public area and made available to island residents at no cost. The designated area has yet to be revealed.
Mayor Daniel Guerrero traveled to the Capital City of Belmopan where the equipment was handed over by the Minister of Health, Honourable Pablo Marin. Marin said he has been working on this project for some time, and thanked the Taiwanese Embassy for their support in promoting healthy living in Belize. Joining Guerrero were the mayors of San Ignacio/Santa Elena Town, Belmopan City, and Punta Gorda. Deputy Prime Minister and Minister of Sports Honourable Patrick Faber represented Belize City. 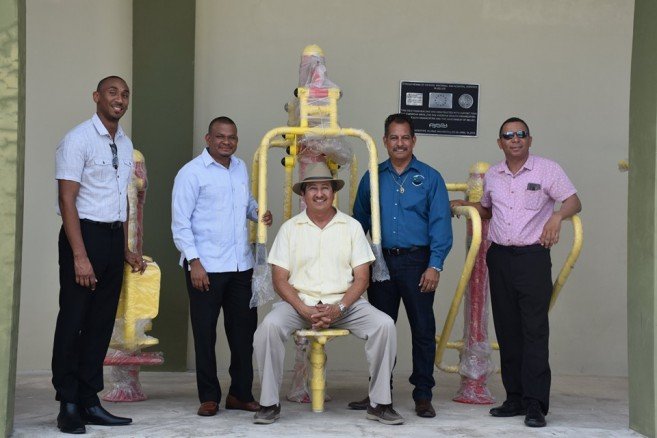 According to Guerrero, the fitness equipment will consist of about eight different pieces. “It is important to live a healthy lifestyle, and exercising is one of those ways to stay healthy and fit,” Guerrero told The San Pedro Sun via telephone.
When the machines get to the island, they will be installed in an open area for everyone’s access. Guerrero said that they are still looking for a place to install the outdoor gym. One of those places could be the newly inaugurated beach park at Boca del Rio or a park in the San Pedrito Sub-division. “We will have security assigned to the location where the equipment is placed, not only for security purposes but also to make sure people don’t hurt themselves when using the equipment,” said Guerrero. He added that the initiative had been discussed throughout the seven municipalities in the country. Guerrero pointed out that the next phase of the program will be to start banning the sale of soda drinks and junk food at schools in an attempt to promote healthy eating. 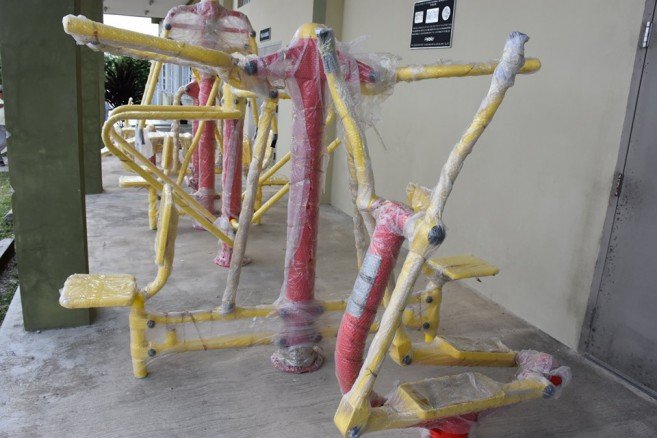 The exercise equipment is expected to arrive on the island in the upcoming days after logistics are completed for its transportation from Belize City to San Pedro. The total value of the equipment is approximately US$22,000. Other municipalities that previously benefited from a similar donation are Benque Viejo del Carmen, Dangriga Town, and Corozal Town.