With the rainy season comes an increase in mosquitoes, which can spread diseases such as dengue fever. In San Pedro Town, the first cases of dengue have been confirmed and in an effort to further educate the community on the disease and its prevention, local health authorities, along with medical students from the Washington University of Health and Sciences, conducted a fever surveillance in several areas of the island on Wednesday, July 10th. 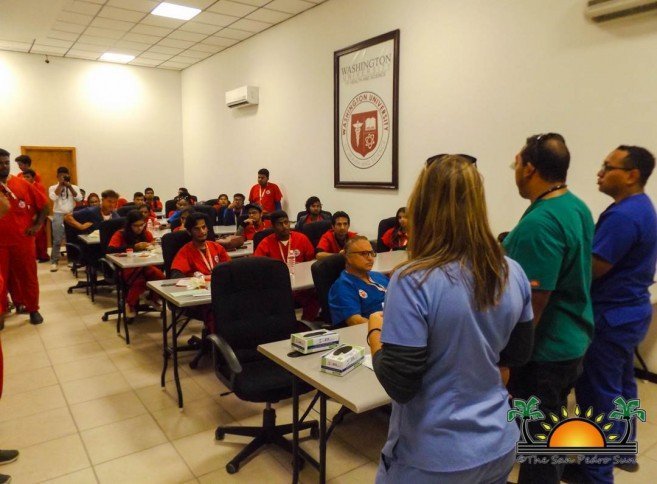 The activity covered the areas of Seagrape Drive, Mar del Tumbo, San Marcos, San Pablo, Escalante, and the DFC sub-division. According to Dr. Javier Canul from the Dr. Otto Rodriguez San Pedro Polyclinic II, due to the rise in cases across the country, they worked on the said activity along with the island’s Health Inspector and medical students to be ahead of any possible outbreak and to be better prepared. “We do not have an outbreak yet, but we want residents to know what is happening and to be on the alert,” said Canul. Residents are encouraged to keep their yards clean and to dispose of any items that can hold water as this are breeding grounds for mosquitoes. 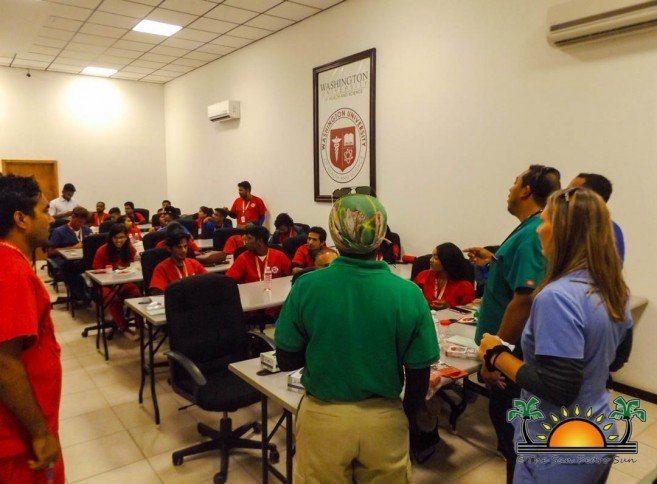 During the surveillance, residents were tested for possible fever by taking their temperatures with a thermometer. If anyone was found with fever, a blood sample was taken from the person, which would be tested at a laboratory. One of the diseases the survey also targeted was Malaria, which is also transmitted by the bite of an infected mosquito.
During the activity, over ten persons showed signs of fever. Dr. Canul said that this does not mean that they have dengue, and until the results of the blood samples come back from the laboratory, they will know the exact cause. He added that the current dengue cases are reportedly not the haemorrhage type, but it is an infectious and dangerous disease. Some of the symptoms to look for include high fever, pain in the joints, headache, and skin rashes. Anyone with these symptoms is asked to visit their nearest health facility for a proper diagnosis. 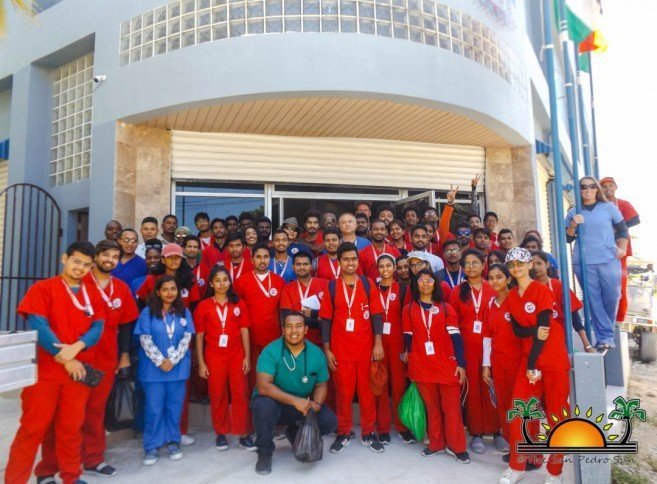 Dr. Canul thanks the medical students who volunteered their time for a good cause. He also recognizes the contribution of the Health Inspector and the public who cooperated with the activity.
Meanwhile, the Ministry of Health has begun its spray cycles across the country. They have been spraying in the northern part of the country and are now starting in southern Belize. They appeal to the public to be vigilant and keep their areas clean to deter any vector disease outbreak.