An outbreak of dengue fever is reportedly affecting many districts across Belize, and the number of confirmed cases is twice that of 2018. Most cases have been detected in the Orange Walk and Corozal District in northern Belize, with more than a combined total of 350 infected persons. Countrywide there are over 600 confirmed cases. Transmitted by the Aedes Egypti species of mosquito, symptoms include high and painful fever and skin rashes. Anyone with these symptoms is urged to seek medical attention at the nearest medical center. 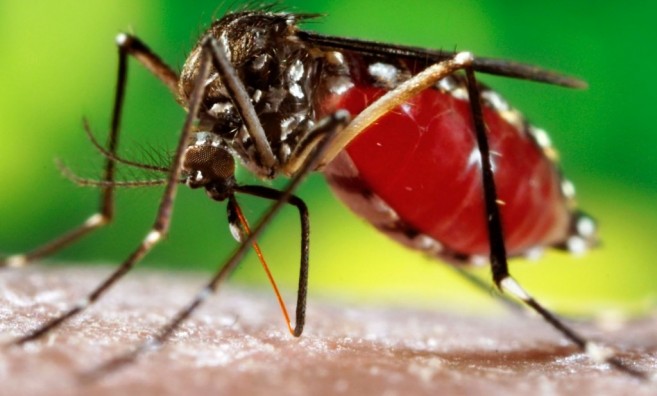 The large number of dengue cases reported in northern Belize is believed to be a trans-border health issue, as many Belizeans visit the neighboring Mexican state of Quintana Roo daily. According to the Ministry of Health (MOH), Quintana Roo is reporting the highest incidents of dengue in all of Mexico.
230 cases are confirmed in Orange Walk, Corozal with 124, the Cayo District with 98 and 105 in the Stann Creek District. The Toledo and Belize Districts have reported a low number of cases so far. According to MOH, these numbers combined are 20 times higher when compared to the same period in 2018, and twice higher when compared to results from the past two years.
Lorna Perez, Surveillance Officer at MOH, told the media that these figures do not include the undocumented cases. However, the recent increase in cases now has the ministry alarmed, as the statistics are showing that children between the ages of five and nine are contributing to most dengue cases. “We need to look at the impact of what is really happening in our neighboring countries,” said Perez. “There are major outbreaks as well in Guatemala, El Salvador and Honduras, with Honduras having a high fatality rate related to dengue.” Honduras had confirmed over 11,000 cases of dengue as of June this year, and this included the haemorrhagic type, which is very deadly. So far in Belize, the cases of hemorrhagic dengue have been low.
According to Kim Bautista, Vector Control Chief of Operations, his ministry is expecting an increase in cases in Belize as the rainy season continues. Bautista is calling on Belizeans to practice prevention measures. The general public is being encouraged to keep their yards clean and to dispose of any items that can hold water, as these are breeding grounds for mosquitoes. He added that vector control units across the country have been spraying and carrying awareness campaigns on best practices to avoid getting infected with dengue. “Areas, where there is poor infrastructure, drainage, and poor housing, increase the likelihood of coming in contact with the Aedes Egypti mosquito,” said Bautista. “We have six district surveillance committees led by various professionals with public health and vector control and nursing background, including the medical background. What they have done is work on a preparedness and response plan for their district so that it has a component that deals with vector control, clinical management, lab, and education.”
On Ambergris Caye, several cases have been detected, and according to health authorities on the island, that number has increased. Island residents that show dengue symptoms (painful fever and skin rashes) are advised to visit the Dr. Otto Rodriguez San Pedro Polyclinic II. In the meantime, representatives from MOH on the island will continue visiting the different sub-divisions to increase awareness on prevention.
Dengue outbreaks in Belize occur every year; however, the last time the country experienced an increased similar to this year was in 2015. The large amount of confirmed cases within the first six months of 2019 does have MOH concerned, and it will continue monitoring the situation closely for the rest of the rainy season.