As rapid testing for COVID-19 is becoming the norm in Belize, the country continues to receive support from its international friends. On Thursday, January 21st, the Republic of China (Taiwan), one of Belize’s closest allies, handed over 15,000 ‘Made in Taiwan’ Antigen Rapid Tests kits. The donation was made through the Taiwanese Embassy in Belize in a handover ceremony hosted by Ambassador Remus Li-Kuo Chen. 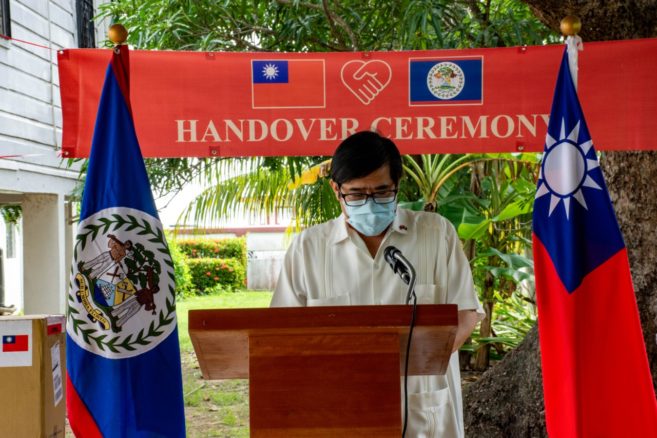 According to a note from the Taiwanese Embassy the donation of the rapid testing kits is their newest move in their continuous efforts of assisting Belize in the fight against COVID-19. The testing kits worth approximately BZ$300,000 are expected to further enhance Belize’s testing capacity nationwide. 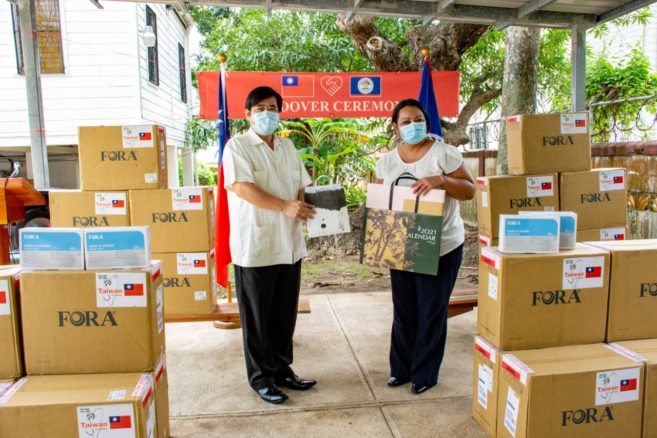 Present at the ceremony on behalf of the Government of Belize was Chief Executive Officer in the Ministry of Health and Wellness, Dr. Deysi Mendez. She expressed appreciation for the donation and the continued support shown to Belize by Taiwan. 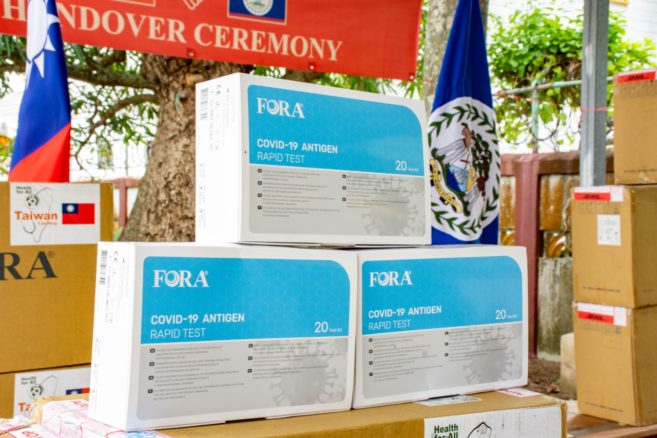 The tests were co-developed by ForaCare, a Taiwanese company. According to the company, these test kits can produce results in as little as 15 minutes.

Belize and Taiwan have had enjoyed a bilateral relationship since 1989. Taiwan’s presence is well-known in the country, as they have helped the country in many areas, providing scholarships, grants, sponsorship, and donations, among many other things.