Six beautiful island ladies were officially sashed as delegates of the 2015-2016 Miss San Pedro Pageant on Thursday, July 31st. The ceremony was held at Belizean Shores Resort on Northern Ambergris Caye, where each contestant was presented to their sponsors. 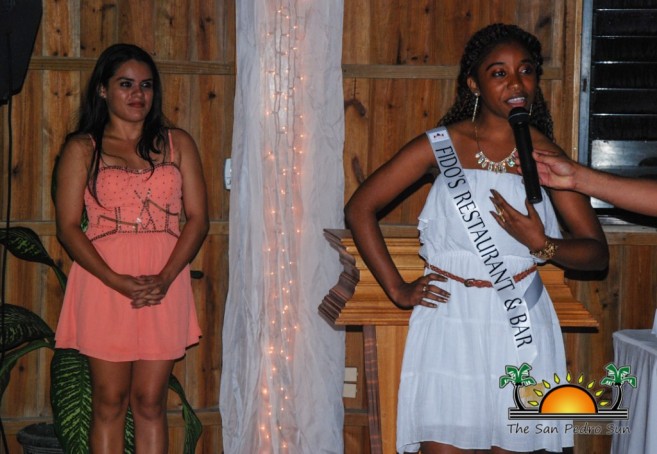 The event kicked off at 7:30PM with Mayor Daniel Guerrero giving his remarks on the pageant. Guerrero congratulated the pageant committee’s dedication to making the event so successful year after year, bringing local and international recognition. 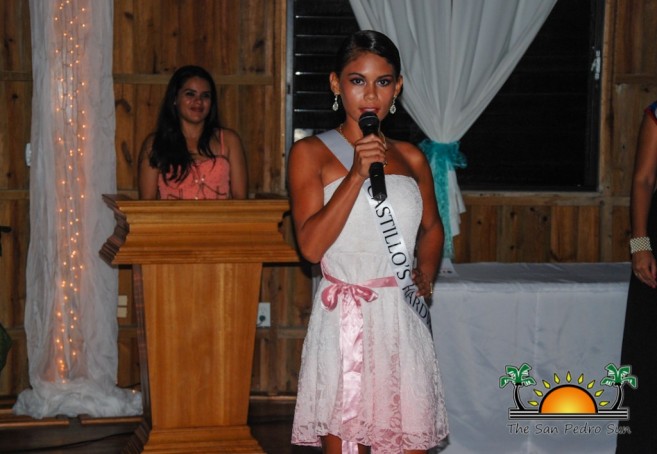 Following the opening address each delegate was presented with their sash by outgoing Miss San Pedro 2014-2015 Michelle Nuñez and pageant choreographer and former Miss San Pedro, Yakarelis Hernandez. After the sashing, the delegates mingled with the guests, stopping at each table for a few minutes to converse.

Hernandez and pageant organizer Manuel Ancona closed the night off thanking each sponsor for their continued support. Special thanks also went to Sandy Point Resorts for catering the event, Belizean Shores for being the official host, and to all the girls for participating and dedicating their passion and time to one of the island’s most anticipated annual events. 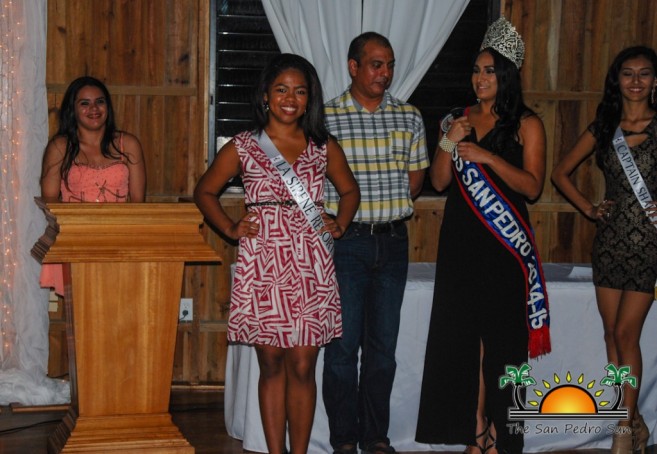 The pageant is set for August 29th, 2015 at the Honorable Louis Sylvester Sporting Complex, scheduled to start at 8PM sharp. 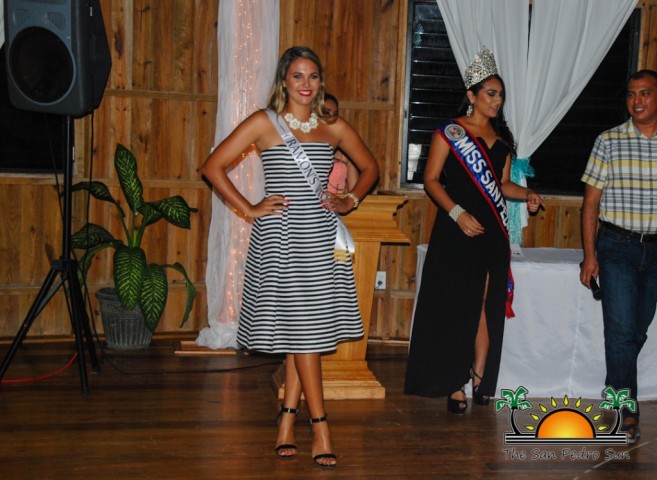 The San Pedro Town Council (SPTC) and Miss San Pedro Pageant Committee cordially invite everyone to the pageant for an evening of beauty and elegance. It promises to be a great show!