Since the beginning of 2017, local manatee conservation programs, Belize Manatee Conservation Program (BMCP) and Manatee Eco Warrior (MEW), have documented 11 manatee deaths so far. With an estimated 1,000 left in our country, it is believed that Belize is the last stronghold for the Antillean manatee population. 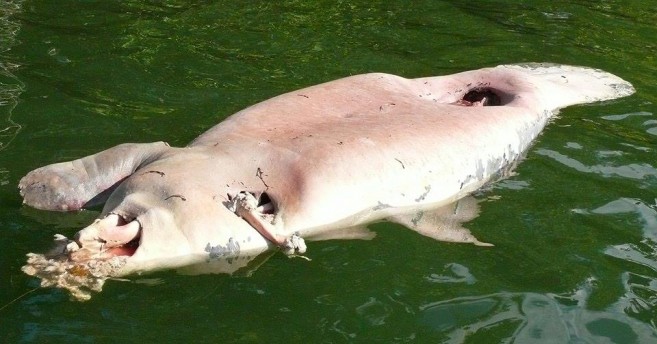 Manatees are part of Belize’s rich biological diversity, and important in many ways. The Coastal Zone Management Authority and Institute states that not only are manatees an indicator species of ecosystem health, they also provide diverse opportunities for tourism. The first manatee death this year was recorded on January 11th when an adult was found dead in Bainton Bank. Since then, several mature and juvenile manatees have been found dead. A lifeless manatee was even recently spotted in Ladyville during Belikin’s La Ruta Maya 2017 River Challenge on Monday, March 6th.
According to Jamal Galves, BMCP Coordinator, this alarming trend can have a negative impact on the manatee’s endangered population. “So far, we have recorded 11 manatee deaths, including one poaching. This trend is increasing in the wrong direction and is seen more during the tourism high seasons. In 2016, we had 23 deaths due to the lack of awareness and ‘no wake’ signs that were damaged during Hurricane Earl. Our goal is to educate the community and save our manatees from becoming not only endangered, but endangered from these accidents,” said Galves. 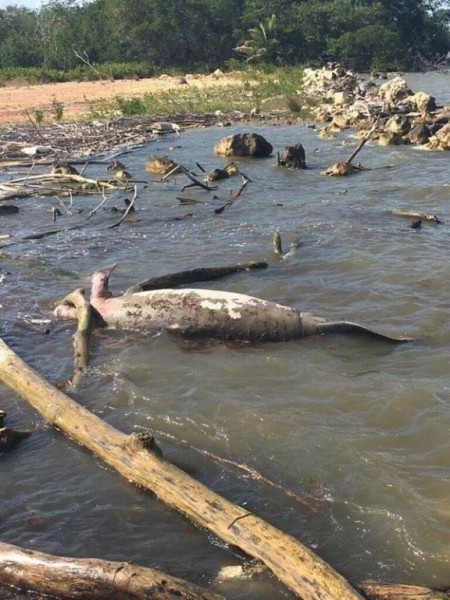 Galves stated that watercraft collisions have been the main cause of death. Therefore, he advises all boat operators to exercise caution. “Boaters need to be more cautious when traveling in the river because it is a known manatee hot spot. They need to respect the no wake zones, and areas that are not ‘no wake zones’ are not considered speeding zones. When in the river, always drive at a slower speed as manatees are all over. It is good to have a lookout person on the boat to also spot manatees and logs. I want boaters to know that they are being recorded and if caught speeding, evidence will be presented to the Belize Port Authority for enforcement. It will also be on social media for the world to see,” said Galves.
Boaters are cautioned to drive carefully, especially in these areas: Swallow Caye, Moho Caye, Port-O-Stuck, Drowned Caye, Hicks Caye, Bluefield Range, Rider Caye, Turneffe Atoll, Placencia Lagoon, Chetumal Bay, Port of Honduras Area, Indian Hill Lagoon, Deep River, Belize River, Monkey River, Rio Hondo, and Mullins River.
BMCP is seeking to further alleviate this issue by spreading more awareness, and addressing it to other government entities. “We will continue to host workshops for mariners, replacing no wake signs, advocating and spreading more awareness. We are also working with the Port Authority for enforcement and the Belize Tourism Board to address the tour operators. We also have a group called the Belize River Warriors that is volunteering to be out there every day, monitoring the boats and taking videos and pictures to be posted on social media. I also must add that there are two tour companies from San Pedro that have been reported many times for speeding in the river,” said Galves.

The general public is reminded that manatees are protected in Belize under the Wildlife Protection Act, No. 4 of 1981. Jurisdiction is under the Forest Department, Ministry of Natural Resources. Under this Act, no person shall hunt, meaning “to kill, molest by any methods and includes attempting to kill, take or molest by any method” any manatee. Anyone who hunts a manatee will be fined $500 on a first offence, and $1000 and/or imprisonment for six months, for previously convicted wildlife offenders.
The Belize Manatee Conservation Program also shared some valuable tips whenever you spot these large mammals. 1) If you’re near manatees: don’t touch them, only look; don’t chase a manatee while in the water nor in a boat; don’t separate a mother and her calf. 2) If you’re on a boat: abide by posted speed zone signs in manatee areas, look out for manatees in manatee areas; listen for it surfacing to breathe; notice the animal’s back, snout, tail or flipper break the water’s surface; also notice swirls in water from them diving, and try to stay in deep water channels. For tour operators: slow boat to idle speed when 100 yards from manatee site, drift or pole into position once within 75-100 feet of site, and please don’t throw trash where manatees splash.
For more information, or to report manatee deaths/injuries/sightings, please contact the Manatee Researchers at the Coastal Zone Management Authority and Institute via 223- 0719 or 223-5739. You may also visit their website at: www.coastalzonebelize.org

Wild Animals are NOT pets!

Saga assists in the rescue of injured ocelot