A 66-year-old American national living in Belize for the past 30 years is claiming that the San Pedro Police victimized her by detaining her for no apparent reason. Resident of northern Ambergris Caye, Linda Carter stated that on Tuesday, April 7th, she was detained at the police station for over six hours and was treated unjustly by Officer in Charge of the Coastal Executive Unit, Assistant Superintendent Henry Jemmott. Carter says that the treatment she received was demeaning and even caused her health complications. 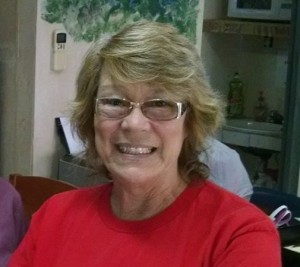 OC Jemmott stated that Carter was detained for insulting a police officer, an act that is considered an offence under the Laws of Belize. In the Police Act Chapter 138 Section 38 (1) “Any person who- (a) assaults, resists or obstructs; or (b) uses any abusive or insulting language to; or (c) aids or incites any person to assault, resist or obstruct, any member of the Department or a special constable appointed under section 36 in the execution of his duty or any person acting in aid of any such member of the Department, shall be liable on summary conviction to a fine not exceeding one thousand dollars or to imprisonment for a term not exceeding twelve months, or in the discretion of the magistrate he may be committed for trial to the Supreme Court.” These are the grounds on which Carter’s detention was justified.
Carter is denying that she insulted a police officer. According to Carter, she visited the station to ask for assistance to remove some squatters from the property she manages. “I had called the police for help weeks before and they never did anything. So I went personally to the police [station] since calling doesn’t work. I went there and asked for help. I told them the situation and the police officer at the desk told me I needed to talk to Jemmott. I went to talk to him and explained [to] him the situation. He told me that they were busy and that they would get to me when and if they can. He brushed me off so I turned around to head to my golf cart. Under my breath is said ‘mada rass’ (a common Belizean explicative). Immediately I was detained,” said Carter. She states that about three officers grabbed her and told her that they will be detaining her for cursing a cop. “I never cursed a cop. Yet they took me into the station and put me into a cell. They said that they are not arresting me, that they are just detaining me for insulting a cop,” said Carter.
From 6:30PM to 1AM Wednesday, April 8th, Carter was kept in the jail cell, after which she was taken out and police had her sit down on a chair in the station. “I asked them if they are all letting me go, and they told me no because the police officer that detained me had not signed off the release form. I asked who the person was and no one would tell me the officer’s name. While I’m sitting there, I can see Jemmott in his office being pleasant with a local [who was] making a report. When I get a chance to talk to him, I tell him that I did not curse him. He responds to me that ‘this is what I get for cursing an officer’. For a fact I did not curse him, what I said was not a curse word and I did not say it to him,” said Carter
While at the police station, Carter started feeling ill. “I should have had my blood pressure medication hours ago. I start feeling ill and know that I’m about to have a stroke. I tell the police officers and they tell me that I’m just joking. I tell them that I need to be taken to a doctor now, and that how they end up taking me to the Dr. Otto Rodriguez San Pedro Polyclinic II. I am immediately placed on medication. My blood pressure was at 170,” said Carter. After about an hour, she was stabilized and later released at 3:15AM. “The police were so friendly to the locals, but not to me. I believe that Jemmott is just prejudiced. He just kept repeating that I was detained for insulting a police. This is all a lie, I never insulted any officer.”
While Carter says she feels she was violated by the San Pedro Police and is requesting an apology statement, OC Jemmott says that no such statement will be given. “Ignorance of the law is not an excuse. You cannot come and be blatantly disrespectful to the police. We arrested her under the Laws of Belize because she insulted an officer and was under the influence of alcohol (Carter confirmed that she had consumed three rum drinks before visiting the police station). She should be the one issuing an apology to the police, not the other way around. I stand that we were enforcing the laws, and such behavior will not be tolerated from anyone,” concluded Jemmott.
Although Carter was detained no charges have been brought against her to date.