23-year-old Luis Campos, who was recently charged for murder and conspiracy to commit murder, is claiming police brutality while in custody during the investigation that led to the charges. Campos, 19-year-old Mark Arzu and 18-year-old Santos Garcia were charged jointly in the murder of 42-year-old Jose Rigoberto Beltran who was killed by a single gunshot wound to the head on Tuesday, April 28th. After being remanded to the Belize Central Prison to await the first hearing, Campos’ attorney made the scandalous declaration that his client had allegedly been physically abused by police.
In an interview in Belize City, attorney-at-law Oscar Selgado stated that police used excessive force on his client and as such, his testimony should not stand in court. Campos is claiming that Senior Superintendent Edward Broaster, currently stationed in San Pedro Town, was the one who arranged the beating. 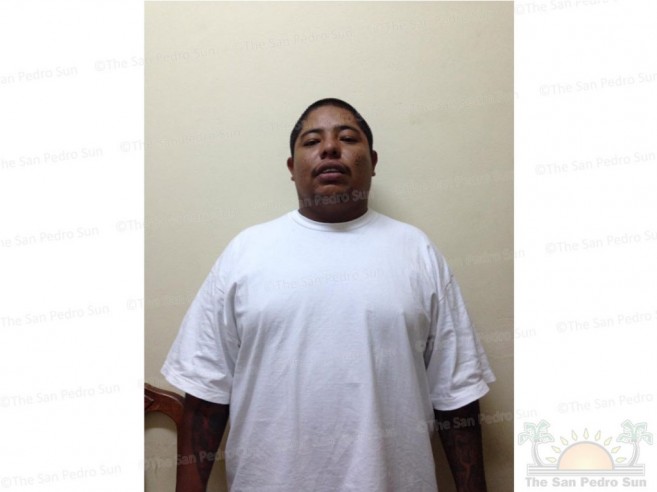 “On Wednesday, April 29th at around 2PM I was called out to San Pedro by my clients, the Campos family. The reason for that is because Luis Campos was detained by police following a murder investigation. My client was a person of interest by the police. Broaster himself entered into the Campos’ residence at the San Juan area, the home of Moses Campos Sr. and demanded that my client be handed over to the police. The house was searched and Campos was not found. However, a younger brother was seen in the house and Broaster made the comment to them that if Campos was there, ‘he would have shot him in their presence and they would not have been able to do anything about it because he is a murderer and he is wanted by the police for murder.’ When my client relayed that sort of information to me, it angered me because I have been to the media before, I have spoken to Broaster himself before, I have spoken to the Commissioner of Police, I have spoken to the Deputy Commissioner of Police in regards to the police’s use of unjustifiable force in getting information from citizens and this was another incident. My client was eventually found by Broaster and his team. He was taken to an area north of Ambergris Caye where he was severely beaten by the police. I am informed that the police took a sponge and they wrapped it around him while the beat him on his hands chest and back. He was kicked on his face several times, he wore braces and the braces cut the internal part of his mouth and under lips. His eyes were bloodshot red because he was pepper sprayed. His face was severely swollen,” said Selgado in an interview with Channel 5 News in Belize City.
While there is no proof of the allegation made by Selgado, The San Pedro Sun did contact Broaster for a comment. Broaster stated that the matter has been passed on to his attorneys, and once the allegations are cleared by his attorneys a statement will be released.