The Coastal Executive Unit, which is made up of the San Pedro Police Department (SPPD) and Caye Caulker Police Department (CCPD), now has the extra man power of 11 police officers. The new graduates of the Belize Police Academy, three Women Police Constables and eight (male) Police Constables, were deployed to their first assignment on Monday, May 18th. SPPD welcomed eight officers, while three were assigned to the CCPD. 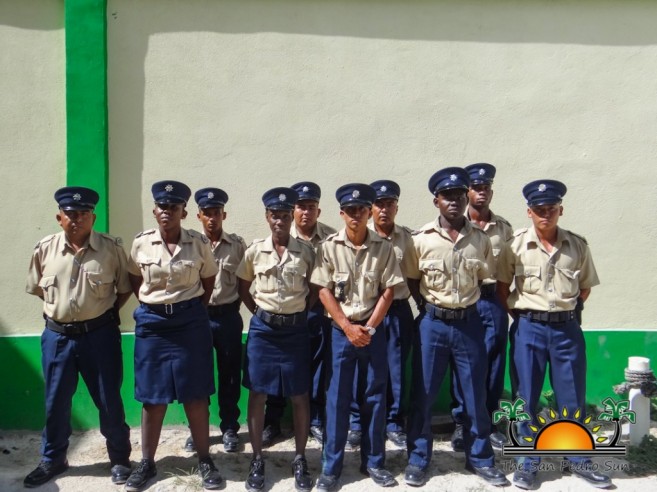 Officer in Charge of Coastal Executive Unit, Assistant Superintendent Henry Jemmott, welcomed the officers with a brief speech on expected conduct and the importance of upholding the law. The police officers were then assigned roles within the department. PC 1932 Ediberto Patt, PC 1853 Dyron Chan and WPC 1895 Tifany Hamilton were assigned to serve in Caye Caulker Village. SSPD saw the intake of WPC 1963 Monique Usher, PC 1849 Amir Carillo, PC 1858 Jashimir Cob, PC 1939 Malcolm Ramirez, PC 1846 Nestor Campus, PC 1867 Harold Deijo, WPC 1871 Ashley Ferguson and PC 1955 Reydel Teck.
According to Officer in Charge of the CCPD, Corporal 685, Kirby Palma, the additional officers assigned to Caye Caulker are welcome. “The three officers are coming at a time that they are well needed. We currently have three reliefs in Caye Caulker and any additional man power we get is a benefit. With their support we will have more officers patrolling the streets and ensure that crime is kept in check,” said Palma. Prior to the new intake, CCPD had 13 police officer, and that number has now been brought up to 16. 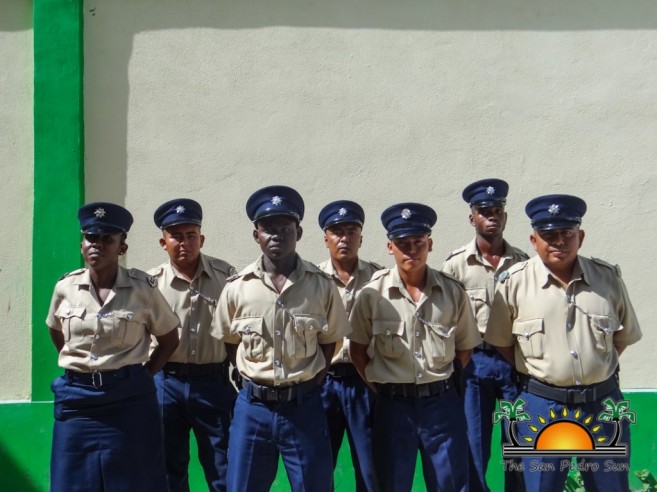 As to the state of crime in Caye Caulker, Palma indicated that it is under control, but drugs still remain a concern. “Caye Caulker is in a good state. Crime is not rampant. As always the major concern is people selling drugs, but even that is not out of control. This additional man power will allow us to patrol the area more and intercede in drug related business,” said Palma.
The officers attached to the SPPD will be used to start new patrol routes. “We intend to open a police booth at the corner of the junction of the Northern Ambergris Caye road (by Palapa Bar) and increase the patrol of the area. We also want to implement a DFC police patrol heading all the way south by the Marina Area. These new officers will supplement the new initiative that we will be taking on,” said Jemmott.

The SPPD has approximately 72 police officers, but several of them are on interdiction. “We are working on getting a full count of police officers stationed in San Pedro. Right now, we have some officers that are on leave, interdiction and of course the new intake. Once we have a full scope of how many active officers there are at the SPPD, we will be able to better assign patrols and operations. San Pedro’s population is growing rapidly so the more hands we have on deck, the better we can keep the island safe,” said Jemmott.
The San Pedro Sun joins the community in welcoming the new officers to La Isla Bonita!