A case of alleged extortion and wounding led two San-Pedro based Police Constables (PC) David Jimenez and Derwin Marin to be criminally arraigned on Monday, January 23rd. The complainant, John Cogdell Courtney, a 27-year-old law student from Austin, Texas, USA, visited the San Pedro Police Department on January 16, 2017 to report the incident that occurred on the previous day.
Courtney stated that while on vacation, he was assaulted and extorted by the two police officers on January 15, 2017. He reported that after having dinner at a local restaurant, he walked around and ended up near a local bar. At 8PM, he came out with a beer in hand, and began socializing with locals on the corner. He indicated that while one of them was cooking food, he was speaking to a male and female who spoke Spanish. Shortly after, a pickup truck with lights approached where he was standing. As he began to walk away quickly, he saw the two police officers approach him and they requested to conduct a search on him. 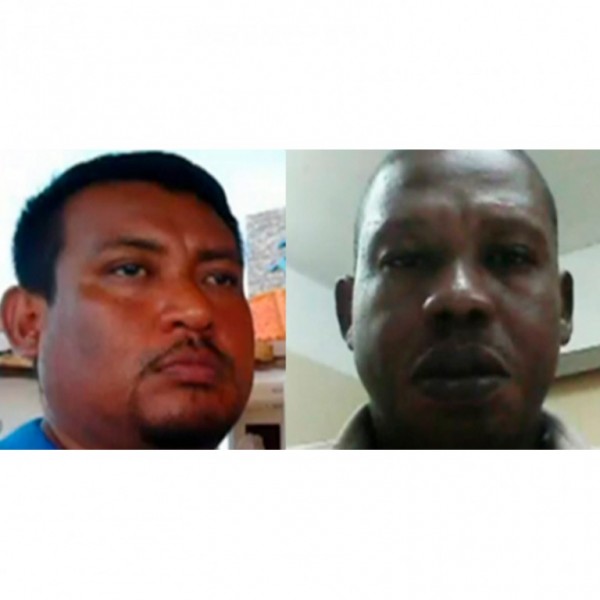 Courtney further recalled that when PC Jimenez began a conversation with him, he ran off after the officers tried to search him in the groin. He also stated that as he ran, he tripped and fell to the ground around a local school. At this time, the police pick-up truck had circled the area and had him surrounded by the truck. Whilst on the ground, PC Jimenez then kicked him in his face, and continued to do so regardless of Courtney pleading him to stop.
Both police officers handcuffed him, put him in the pickup pan, and drove around with him for about five minutes saying they are going to the police station, but went to a supermarket instead. He stayed in the pickup pan with one of the officers, while PC Marin went inside the supermarket to buy a bottle of water so he could clean up the blood on his face. When they left the supermarket, the police officers drove around for another ten minutes. During this time, he was begging for them to let him go and offered to pay them. PC Jimenez accepted the offer, and pulled up to near a bank. PC Marin pointed to the ATM Booth, and when he proceeded to withdraw $200BZ, he gave it to PC Jimenez. Courtney then told the officers to not to tell anyone, and they left him at the bank and drove off. During the shuffle, Courtney lost his shoes and had to walk barefoot back to his room.
After reporting the incident to the police, he was issued a Medico Form and was evaluated at the Dr. Otto Rodriguez San Pedro Polyclinic II, where Dr. Nidia Larrinaga certified his injuries as wounding. As his statement was recorded, the SPPD took further action, and surveillance footage was retrieved on January 18th from a local business to assist in the investigation.
Although Courtenay returned to his home country, the prosecution continued. On January 23rd, Corporal John Arana obtained a warrant and formally arrested and jointly charged PC Jimenez and PC Marin for the crimes of “Extortion” and “Wounding”. However, they both pleaded not guilty and are expected to return to court in March.